At the end of an ocean tour, Brett Stones, a guide for the dolphin-watching group SeaMor, saw something very strange with his evening expedition in Wales when they landed back on shore. It was a small, curled octopus that was crawling out of the ocean and making its way inland.

When Stones and his group explored a little more, they found close to 30 more of the same octopuses doing the exact same thing, seemingly running away from the ocean and heading towards land.

There was no evidence of physical harm to the eight-legged creatures, but there was still plenty of concern as to why they were all abandoning their regular ocean home. 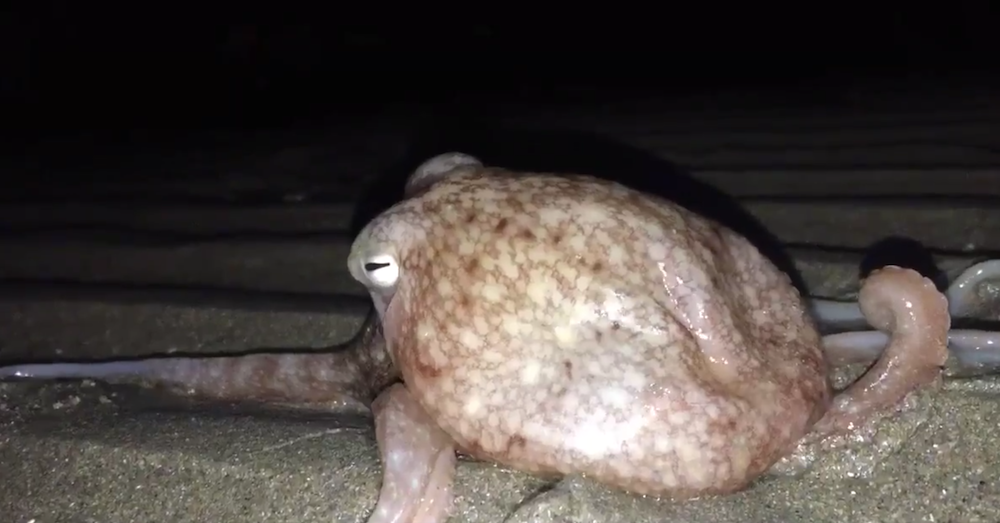 “It sort of brings out this mothering instinct. You just want to save them,” said Stones. “It’s quite emotional to see them flailing.”

Stones and his group found some plastic containers to try and help bring the octopuses back to sea, where they were able to go back on their way.

Over the course of the following days, however, Stones returned to the area to find several of the species dead on shore for no explainable reason.

“Every one we found was quite alive. Their tentacles were coming around and grabbing hold [of our hands], but in the morning, we found more dead. No bites or damage,” said Stones.

Because there was no actual damage done to the creatures, scientists are baffled as to what is actually happening with these particular cephalopods. 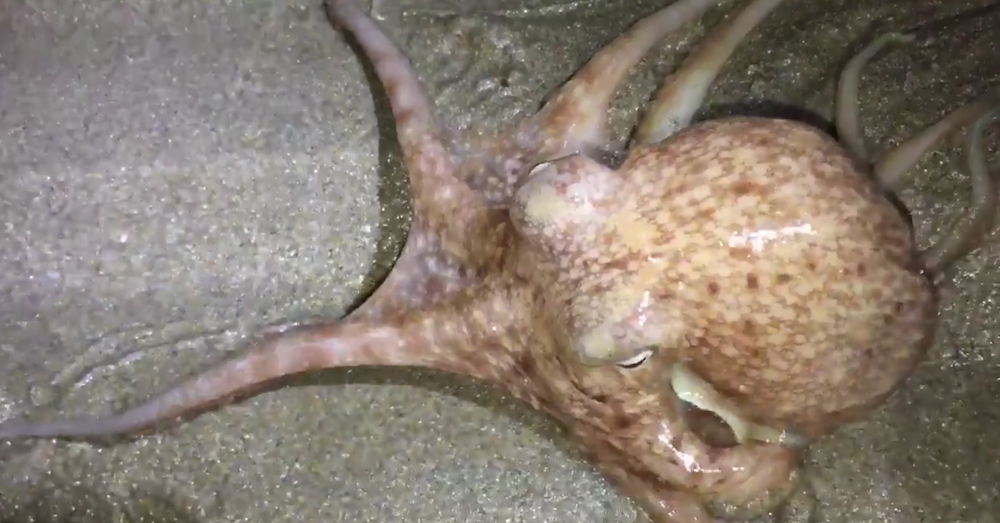 According to Jenny Hofmeister, a postdoctoral scholar at the Scripps Institution of Oceanography in San Diego, the reason these curly octopuses started wandering ashore could be because they were feeling overcrowded due to a potential population boom.

Since fisherman have been taking more and more of the larger fish that feed on octopuses out of the ocean, their populations have been able to thrive. But this explanation is simply an estimated guess as to why these creatures were making their way to shore without any reason.

Other guesses include that the octopuses were undergoing senescence (the end stages of an octopus’s life when it starts eating less and wanders without direction), that they were simply seeking out shelter, or even that it is being caused by an environmental change.

But at the end of the day, what happened with these octopuses is still a mystery.

To see some of Stones’ video footage, check out the clip below!

Here’s our video of the octopus beach invasion we had in New Quay, Wales over the weekend #visitwales #octopus pic.twitter.com/cg6iuLwGwW