Octopuses are incredible animals! While their eight arms are probably their most distinguishing feature, there’s a lot more that makes these creatures unique.

For starters, they’re super smart. In fact, they’re believed to be the most intelligent of all invertebrates. These creatures may lack bones, but they certainly make up for it in brains—they have nine of them! Their nervous system consists of a central brain with a large ganglion in each of their arms, each responsible for movement. 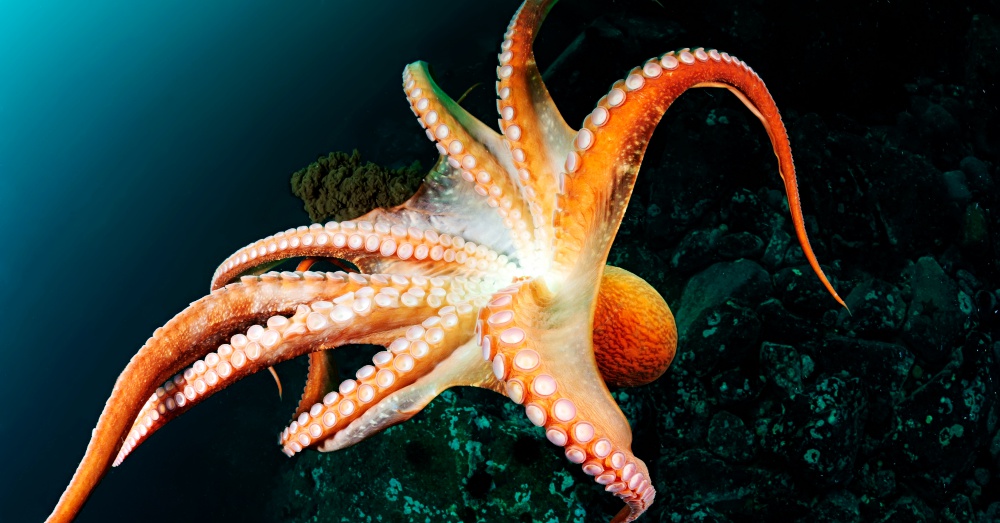 And if that wasn’t strange enough, they also have three hearts. Two are in charge of circulating blood beyond the gills, while the other circulates blood through the rest of the body’s organs.

If you’ve ever noticed how frequently they are filmed crawling over rock surfaces and on the ocean floor, it’s because swimming is pretty exhausting for them, as the heart responsible for maintaining blood flow to the organs actually stops beating when they swim.

They can also regenerate! It’s not uncommon for them to lose an arm in battle, but there’s no need to fret because they grow back. Oh, and the tips of their arms? If they do happen to get cut off, they wiggle even after they’re detached. In my opinion, that’s incredibly cool. 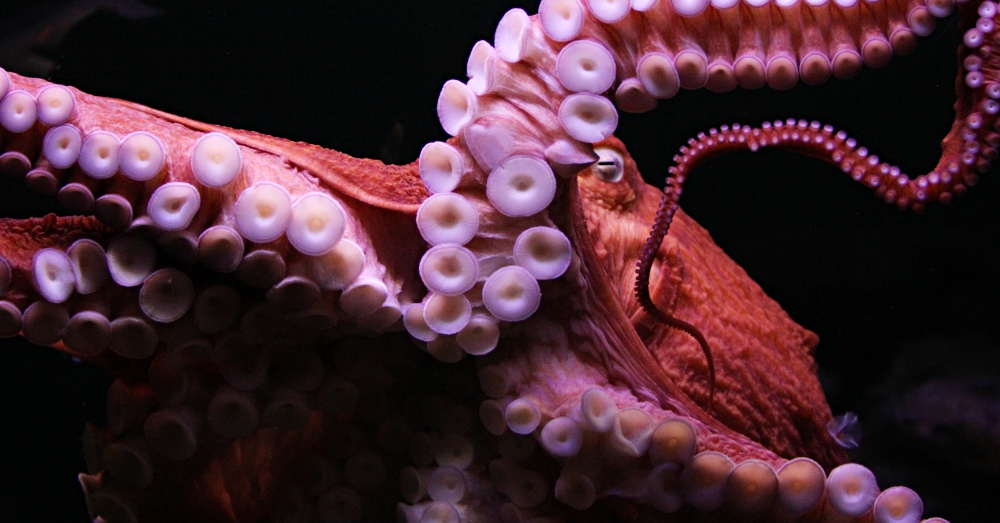 These guys can also squeeze themselves into some crazy small spaces. Essentially, if they can fit their beaks through an opening, they can fit their entire bodies through. A Giant Pacific Octopus weighing 150 pounds with an arm span of 20 feet can fit through a hole the size of a lemon!

Not all of the things that make them interesting are quite so cute, however. Some are, well, a little creepy. For instance, Giant Pacific Octopi are known to display cannibalistic behavior. In fact, in 2016, the Seattle Aquarium had to cancel the planned breeding of their octopus over concerns that their 70 pound male, Kong, was too large for their 30-40 pound females and would eat them instead of mating with them. 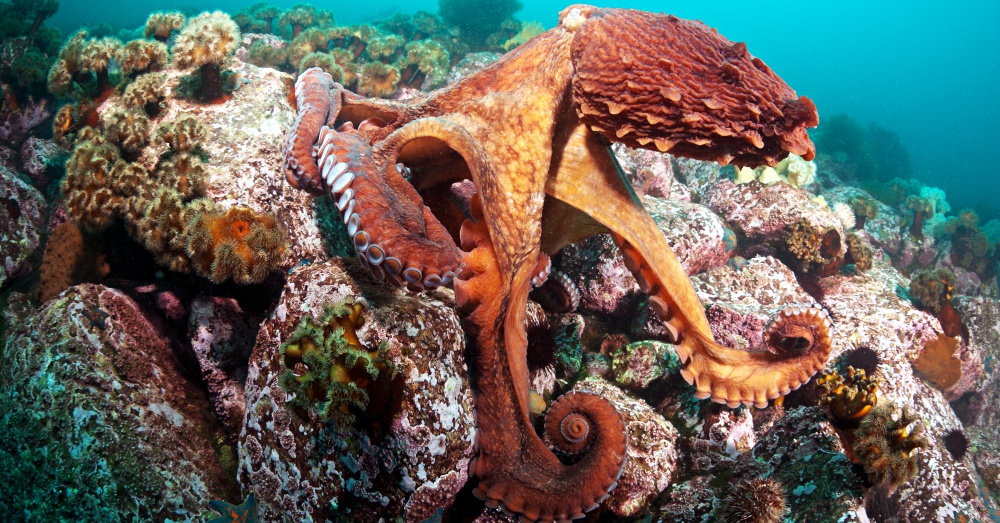 While they’ve been known to feast on smaller octopuses, most tend to focus on mollusks and crabs for their prey. And, unfortunately for mollusks and crabs, they’re formidable hunters. And why wouldn’t they be? They have quite a few tools at their disposal. From camouflage to venom, they’re certainly not short on tricks.

One of their lesser known tricks, however, is the ability to hunt on land.

That’s right! The cephalopods have been known to hang out near shores if tempted by something tasty. Since they can’t survive for long without water, they’re more likely to do this near tide pools, which afford them a steady source of water as they make their way back to the sea.

Check out the video below to see one bold octopus take on a crab… on land!