At forty-one years old, northern white rhino Nola had lived much longer than many of her closest relatives. Her subspecies, whose keratin horns have long been the target of money-hungry poachers, has been dwindling for decades. Sadly, on Sunday November 22, Nola joined her departed family — now, only three northern white rhinoceros remain.

Nola, who had lived at San Diego Safari Park since 1989, was the only remaining northern white rhino in North America. The week before her death, she had been dealing with a number of age-related health problems, including arthritis and an infected hip abscess. In her last day, Nola’s health drastically declined, and veterinarians made the devastating decision to euthanize her.

It is with profound sadness we announce that 41-year-old Nola, who was one of only 4 remaining northern white rhinos,…

Nola’s male counterpart at the safari park, Angalifu, passed away last December. Unfortunately, efforts to produce offspring by the two were unsuccessful, likely because of their advanced age. The three remaining northern white rhinos, who live at Ol Pejeta Conservancy in Kenya, may too be past the age of natural reproduction. 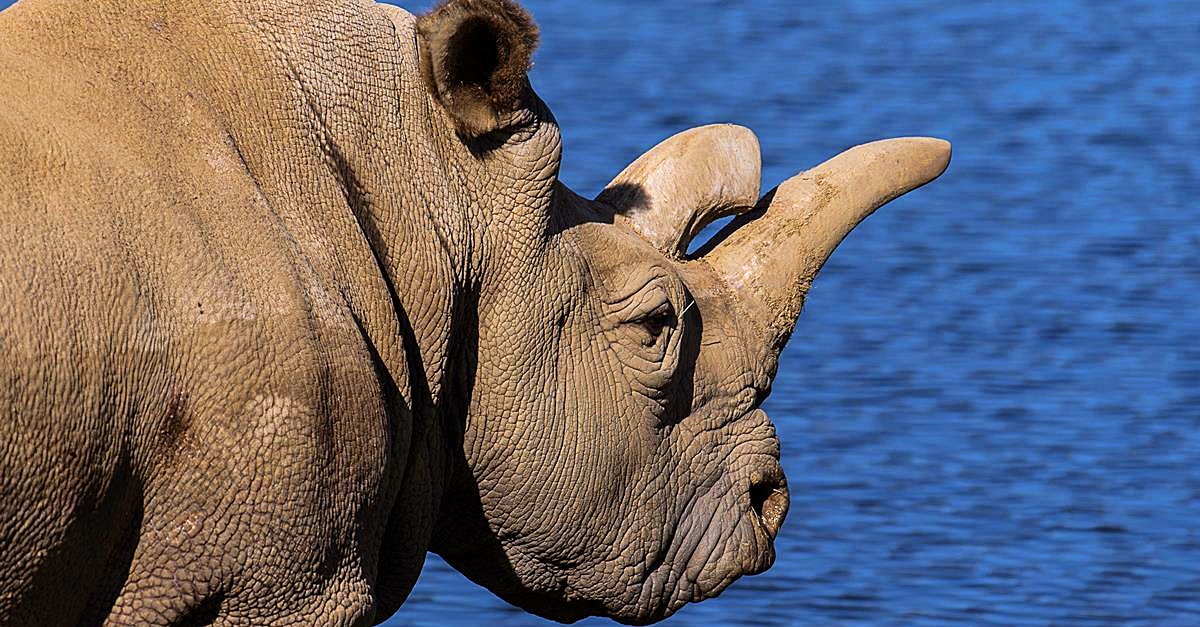 However, both the San Diego Zoo and Ol Pejeta Conservancy hold hopes of restoring this critically endangered subspecies.

In San Diego, researchers hope to germinate northern white rhino embryos, which they will then implant into a surrogate southern white rhino; meanwhile, hopeful scientists are attempting to crowdfund a test tube fertilization using zygotes from Ol Pejeta’s rhinos.

Although this sort of technology has never been used on rhinoceros before, with a bit of hope and a lot of luck, we may just get to see the northern white rhino prevail.

There may still be some slim hope for Nola’s subspecies — though some experts disagree — but even if we do revive the northern white rhino, that won’t stop poachers from pushing more species to the brink of extinction.

While spreading awareness certainly helps, you can do more by directly donating to GreaterGood.org to provide training and salary for anti-poaching rangers, and to help stop rhino poaching once and for all.