According to Russell, three things are needed for these clouds to form: “particles that water can condense onto, water, and cold temperatures.”

With so much methane rising into the atmosphere due to livestock, general air pollution, and the burning of fossil fuels, it could potentially be increasing the amount of atmospheric water that is needed in order to form the noctilucent clouds. 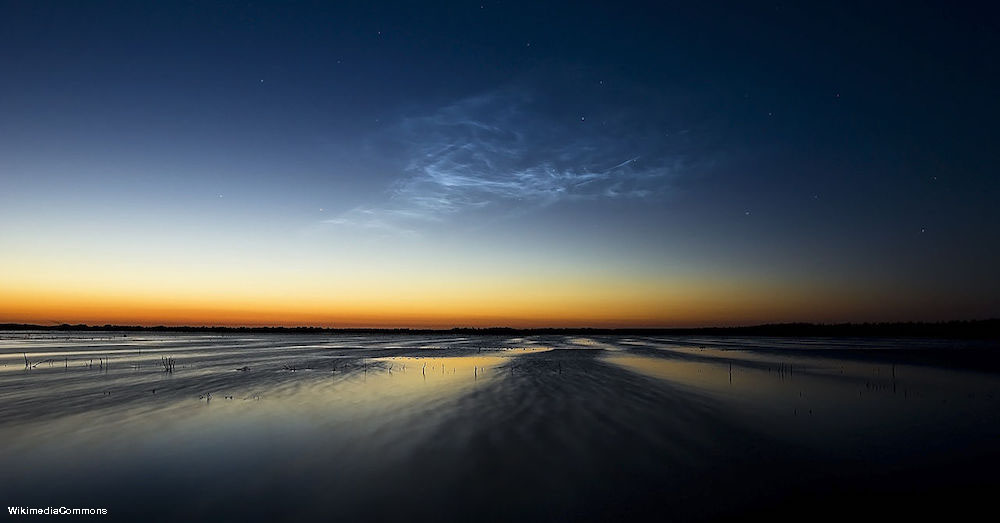 In recent years, the clouds have begun forming much earlier than they are normally seen and it had researchers extremely puzzled.

“The 2013 season is remarkable because it started in the northern hemisphere a week earlier than any other season that AIM has observed,” said Cora Randall of the Laboratory for Atmospheric and Space Physics at the University of Colorado. “This is quite possibly earlier than ever before.”

After the initial launch of the AIM research mission in 2006, a little more has been learned about these strange clouds. 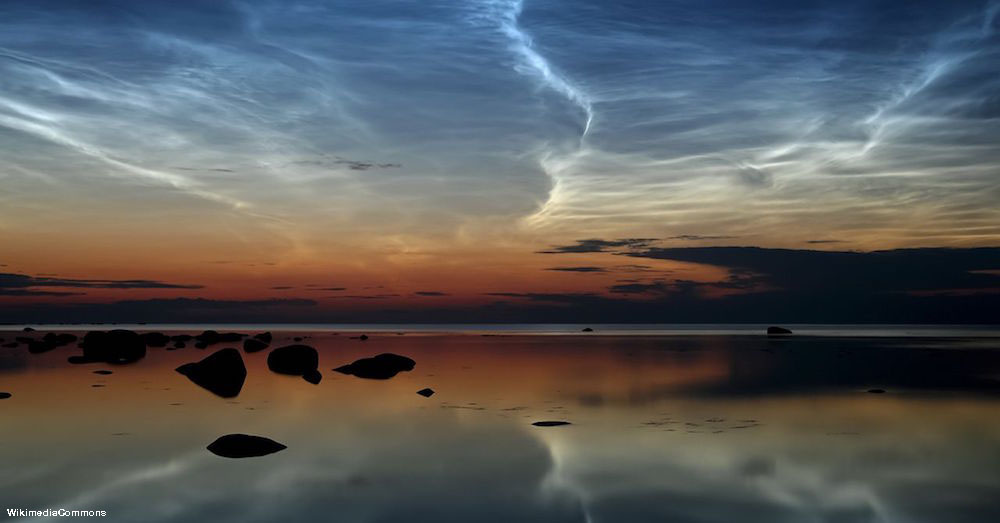 Also, the reason they are only prevalent during the summer months is because that is the optimal time for water molecules to begin drifting up into the atmosphere to mix with the “smoke” created by all of the meteors flying around in orbit.

Summer is also the time of the year when the upper atmosphere is at its coldest temperature, allowing the ice crystals to form much easier.

Overall, the expanded formation and intensity of the noctilucent clouds has given NASA and its AIM project a brand new view on how the upper atmosphere works.

If you want to check out these clouds on your own, you will need to be located between latitudes 50 degrees and 65 degrees N or S of the Equator and be out during twilight during the summer months.

Try to find them on your own and make sure to let us know when and where you find them!