In New Jersey, wildlife authorities are investigating what has been causing mysterious lesions to show up on northern redbelly turtles. Those turtles are located in the southern part of the state.

A picture was posted to social media and it showed the legions as bubbly, dark splotches on the underside of the shell. They seem to have shown up last summer in several Salem County ponds, according to Larry Hajna. He is a spokesperson for the New Jersey Department of Environmental Protection (NJDEP)

Authorities are not sure if the turtles are experiencing the lesions this year. Hajna told FOXNews that surveillance has been somewhat hampered, due to the cooler spring and the coronavirus pandemic.

“It was there last year, could be back this year,” Hajna said. 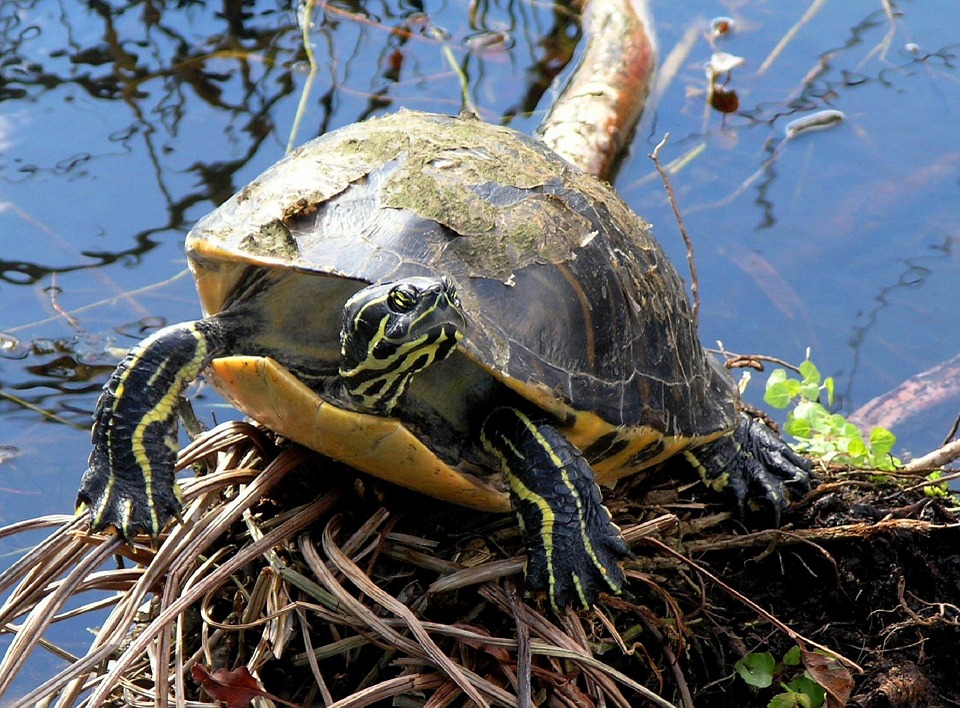 As of yet, they don’t know what is causing the lesions.

This is where they are looking for help from the public. They are attempting to reach out to anyone who may be able to locate examples of the turtles with the lesions. They want to find out if it is confined to the ponds in Salem County or if it is seen elsewhere.

NJDEP would like anyone who finds a turtle that is affected, even if it isn’t a redbelly turtle, to report the location, how many turtles they saw, and any relevant observations. It could include the behavior of the turtle, the condition of the water, and if there are dead amphibians or fish in the nearby area.

Redbellies tend to be anywhere from 10 to 16 inches, so they are the largest basking turtle in the area, as is reported by the New Jersey Division of Fish & Wildlife website. They live up to their name, as they do have a red shelled belly. The top of the shell is typically dark.

Authorities say that you are likely to find redbelly turtles around ponds, lakes, rivers, streams, ditches, and brackish marshes. They are active from the month of March through October.