Recently, Kilauea has been living up to its reputation as the world’s most active colcano. Last week, nearly 1,700 residers were evacuated from the small community of Leilani Estates, as lava from Kilauea began emerging from fissures in roads running through the residential area. 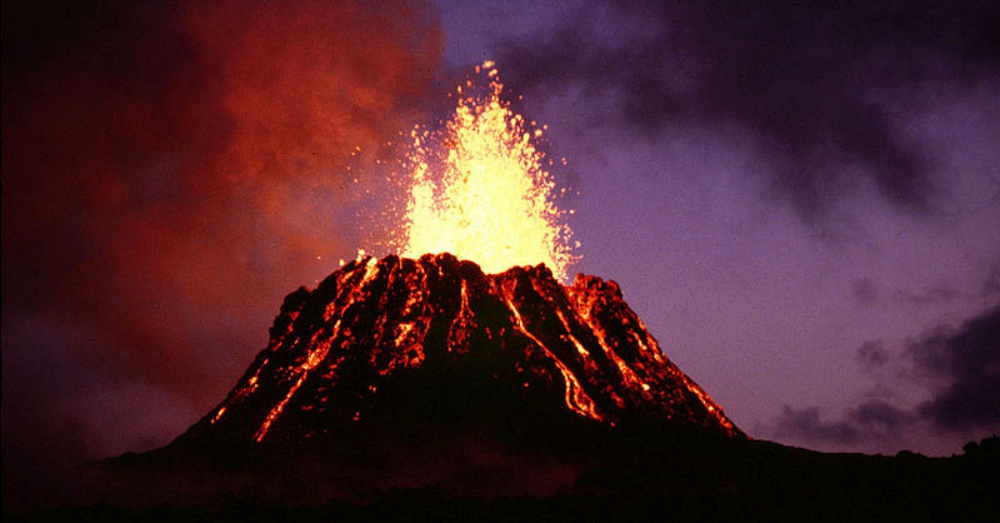 At this point around a dozen fissures have emerged alongside the flank of Kilauea. In addition to the magma, which is taking out everything in its path–from cars to homes–there have also been nearly 900 earthquakes. While many are of smaller magnitude, last Friday saw the island’s most powerful quake since 1975, with a magnitude of 6.9.

Additionally, there are growing concerns over the continuous spread of potentially toxic gas. With the eruptions come the emissions of sulfur dioxide, which can be extremely harmful to children, individuals with respiratory issues, and the elderly. 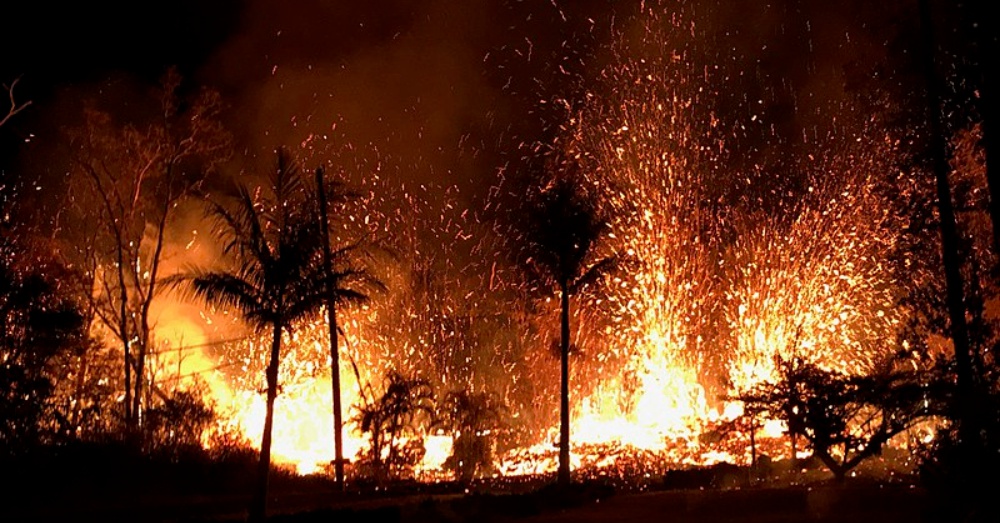 As Kilauea has continued to erupt, it has maintained the interest of the scientific community, and NASA recently released images captured from its Advanced Spaceborne Thermal Emission and Reflection Radiometer (ASTER) on board the Terra Satellite.

In the image below, you can newly identified “hot spots” in yellow. These are new fissures and lava flow (as of May 6th). 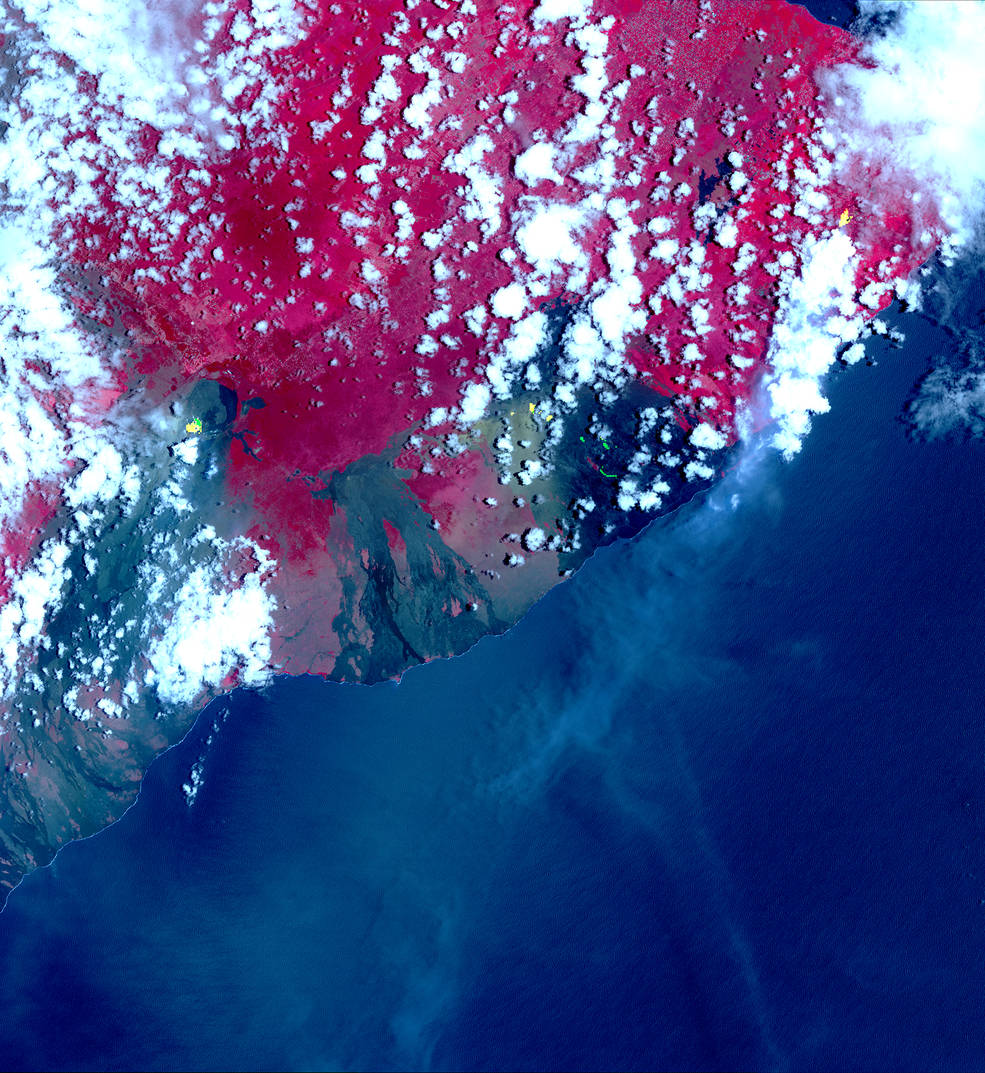 In the following image, you can see (in green and yellow) where plumes of sulfur dioxide gas are covering the island. 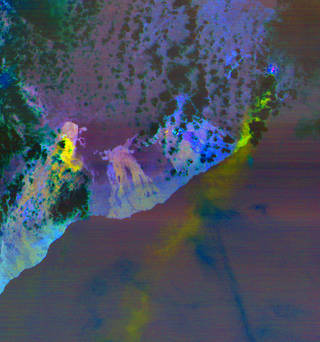 While the eruption of Kilauea has destroyed 26 homes and 10 structures, there have, fortunately, been no fatalities thus far. However, geologists did issues a second orange alert on Wednesday and Volcanoes National Park will be closing Friday out of concern for a potential explosive event in the days to come.