It’s possible archaeologists have opened a cursed tomb, and all of mankind will suffer until the end of time.

But at least they snapped some incredible pics.

The mysterious sarcophagus that was unearthed in Alexandria has drawn no shortage of attention since images of the ominous vessel were first posted to the internet in July. The sarcophagus weighs 30 tons, and is the largest of such vessels ever discovered in the coastal city, Science Alert reports. 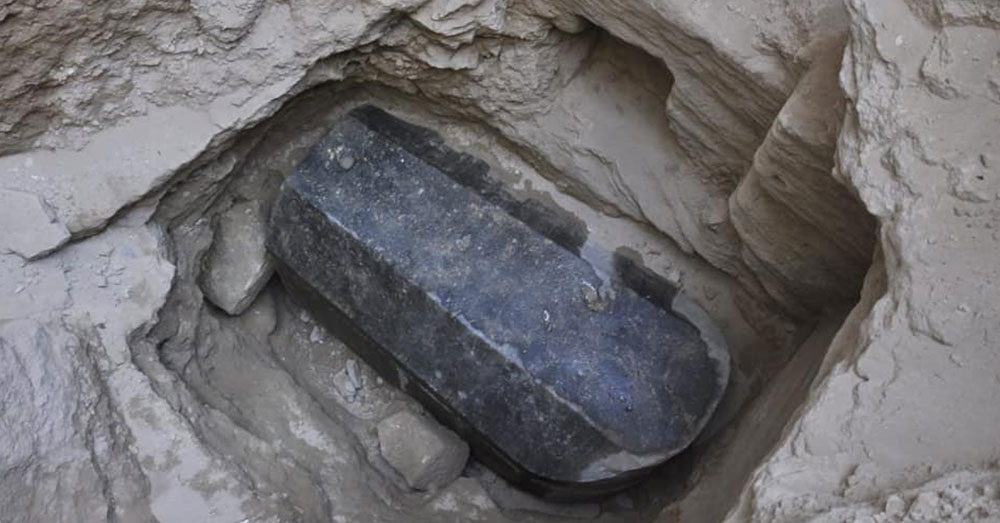 Source: Facebook/Egyptian Museum of Antiquities
The mysterious black sarcophagus was unearthed on July 19.

There are many theories as to who exactly was during In the tomb. Could it be Alexander the Great? A revered pharaoh?

Curses aside, the size of the sarcophagus yet has archaeologists puzzled. Those living at the time the tomb was sealed would have seemed diminutive by modern standards. Ancient Egyptians rarely grew as tall as today’s average height, around 6 feet for men, and 5 feet 7 inches for women. 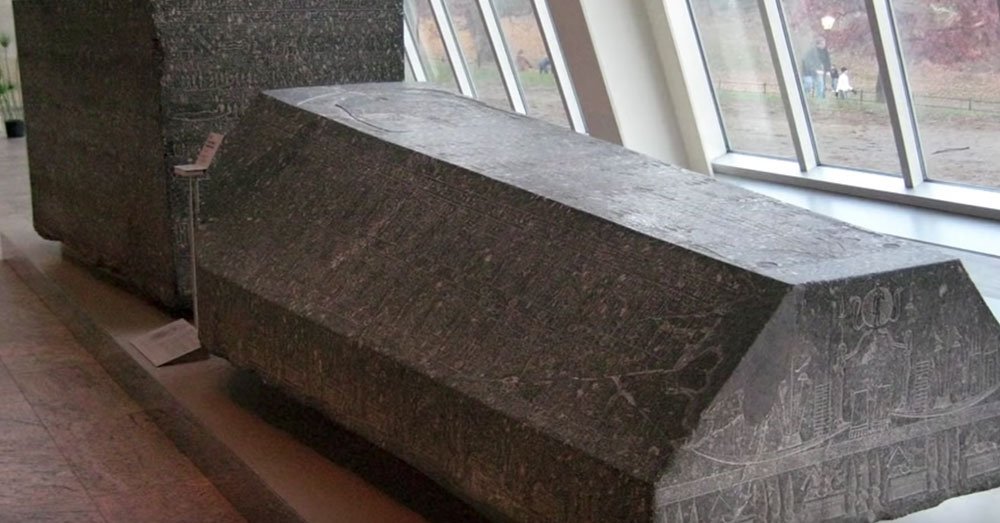 Source: YouTube/Ancient Architects
The sarcophagus is thought to be from the Ptolemic era, between 323 and 330 B.C.

Enough space for a 9-foot tall being in the casket begs the question, who was this for?

The sarcophagus was found sealed in a layer of thick mortar, which means it had not been disturbed since it was first closed and buried around 323-30 B.C. Nearby, the alabaster carving of a man’s head was found, providing another clue as to the potential inhabitant. 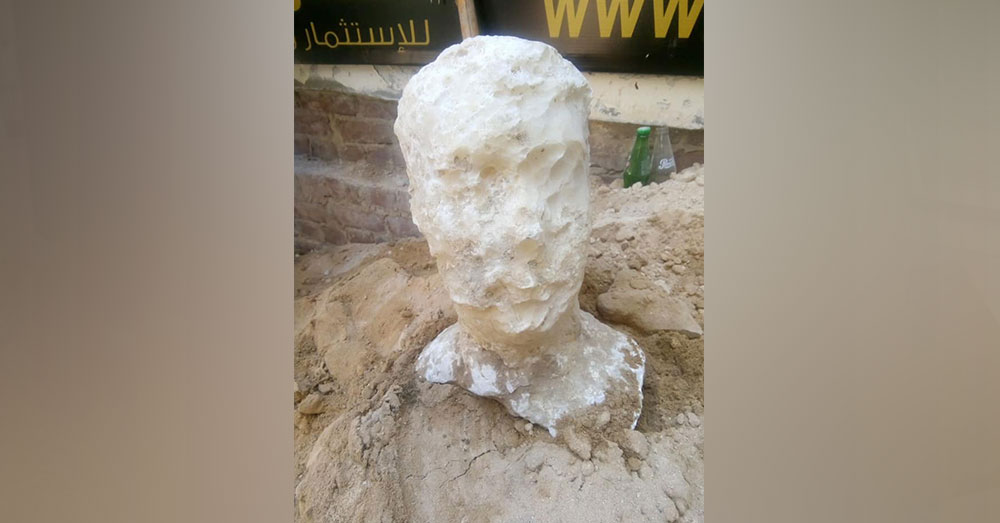 Source: Facebook/Egyptian Museum of Antiquities
An alabaster head was found near the sarcophagus.

Once researchers were able to crack the granite coffin open, they soon met its long-dead resident.

According to Egypt’s Supreme Council of Antiquities, inside the sarcophagus were skeletons of three adults, one with an arrow wound. The skeletons could have belonged to soldiers at one time. 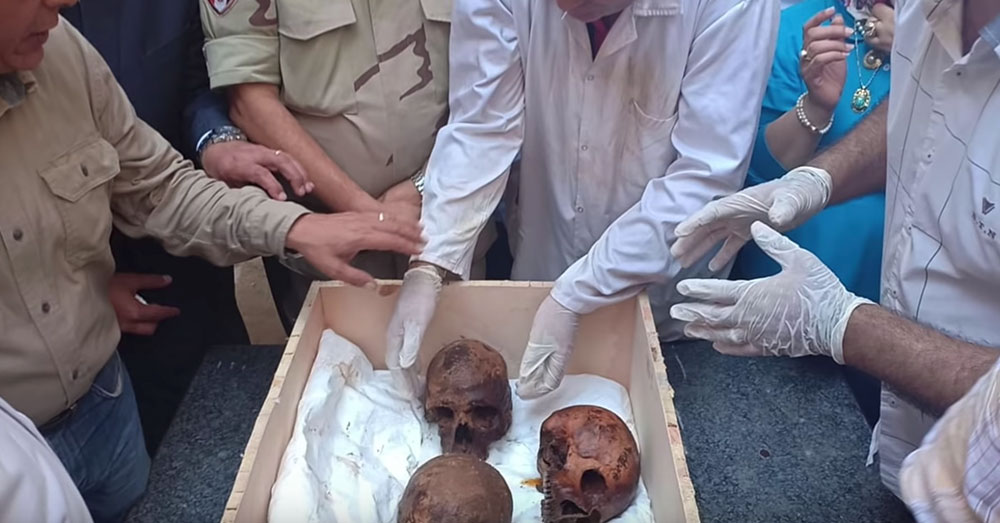 Source: YouTube/Ancient Architects
The bones of three adults were found within the sarcophagus.

As National Geographic reports, a few archaeologists working in Alexandria have come forth with more information, though they’ve been hesitant to name themselves.

According to one of the archaeologists, “the massive sarcophagus may have been brought to the city empty, from an earlier, dynastic-period site down the Nile—such as Memphis—and then re-used to bury someone in later years.” 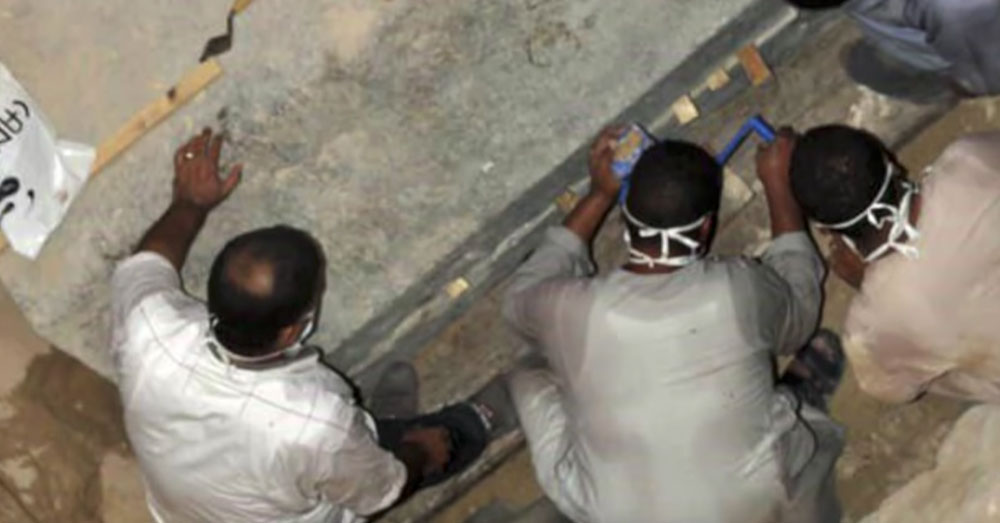 Another asserts that the granite coffin was more likely Roman, judging from its shallow burial and location outside the original boundaries of the city. A royal would have been buried within the city, and buried much deeper underground. 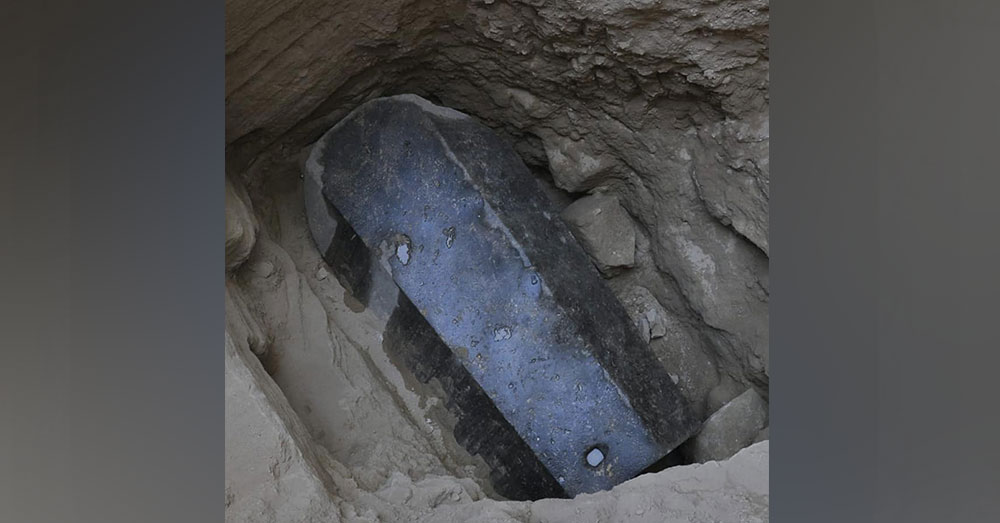 Source: Facebook/Egyptian Museum of Antiquities
The sarcophagus was buried 15 feet below the surface.

What’s certain is that the interior of the sarcophagus was no place for comfort. Putrid raw sewage, possibly liquified human remains, has replaced what may have been an elaborately decorated funeral dress with what can only be described as the “funk of forty thousand years,” mgive or take about 38,000.

Stomach churning, to say the least, but that hasn’t stopped thousands from petitioning someone to drink the stuff.

Do we even deserve mummies? 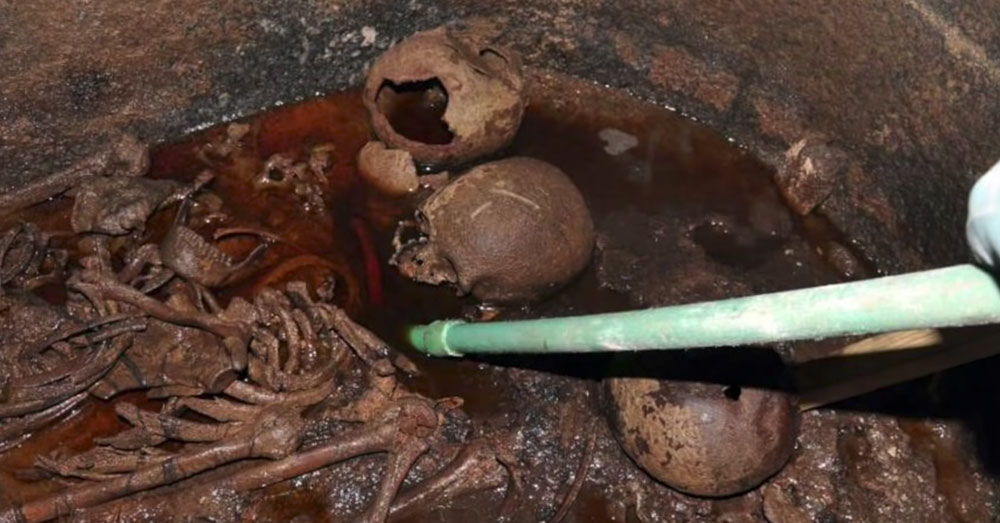 Source: YouTube/Ancient Architects
Sewage and putrified remains have replaced any sign of life in the sarcophagus.

A researcher with Ancient Architects is sticking to the Roman theory. He maintains that similar sarcophagi from the Ptolemic period have been found to contain priests, though never royals. It’s more likely that Roman soldiers were sealed in the tomb.