Thirsty? Miss America Contestant Offers Serious Words Of Warning For Those Living In The Midwest

The Miss America Pageant has seen its fair share of political activists in the past. Contestants have long been obliged to speak from their hearts, and this year, Miss Michigan Emily Siona did just that.

But it wasn’t world peace, or hunger, or even breaking down stigmas that the Grass Lake, Mich., native brought up in front of the panel. It was water.

“From a state with 84 percent of the U.S. fresh water but none for its residents to drink…” Siona introduced herself. 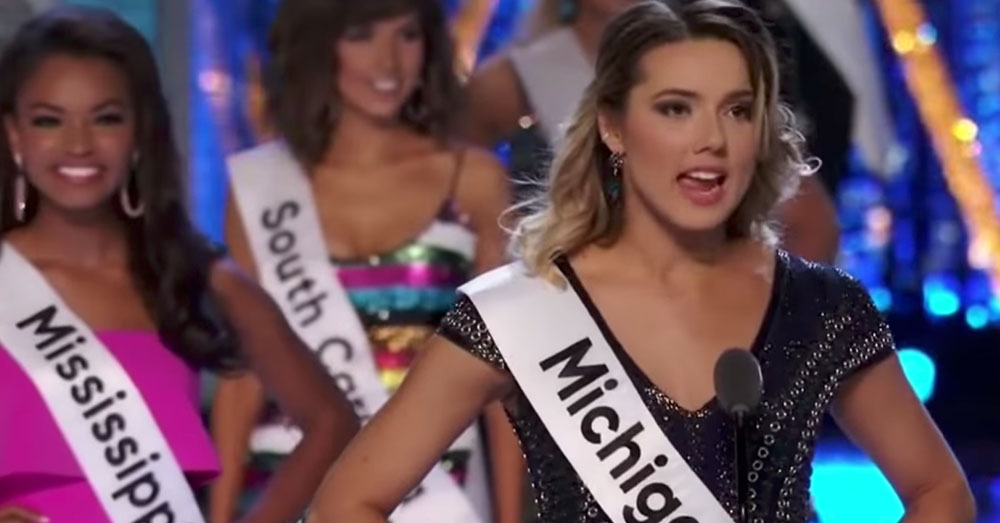 That’s not a joke. It’s not even an overstatement. Michigan residents, though they call their home the Great Lakes State, are surrounded by fresh water, much of it now either contaminated or being bottled up for corporate sales.

The Flint Water Crisis is probably the most well-known of Michigan’s water woes. When the State of Michigan took over the city’s management in 2011, a new water system was proposed to deliver fresh drinking water from nearby Lake Huron. Three years later, the proposed system under construction, the city started diverting water from the Flint River as its main source. 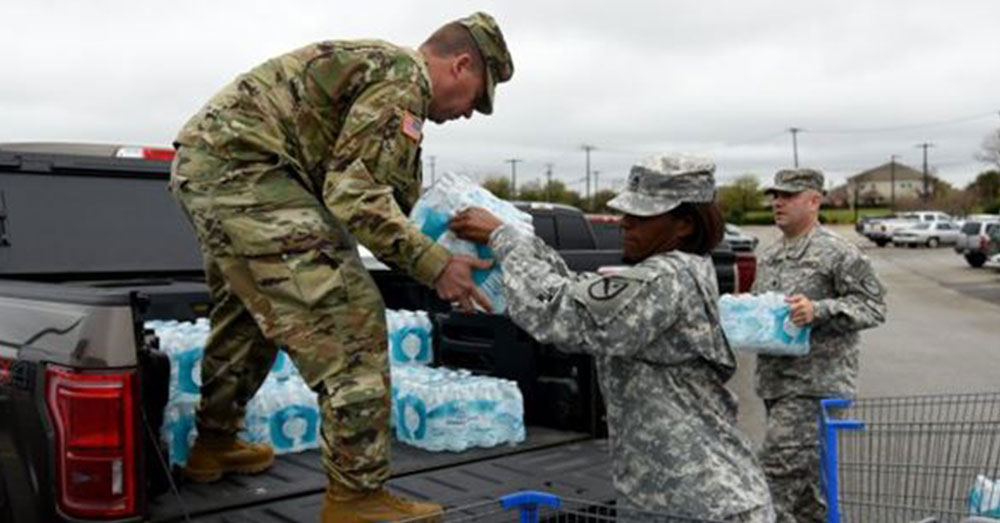 Less than a year after that, serious problems started to crop up. According to CNN, scientists from the EPA and Virginia Tech found high levels of lead in the water system. Children and adults were falling ill at an alarming rate, suffering from heart, kidney, and nervous issues, as well as impaired cognition and behavioral disorders.

Governor Rick Snyder was called to testify before the House Committee on Oversight and Government Reform. He later publicly stated that he had failed the state, class action lawsuits were fielded masse, and several state officials who reported directly to Snyder were charged with felonies and sent to jail. 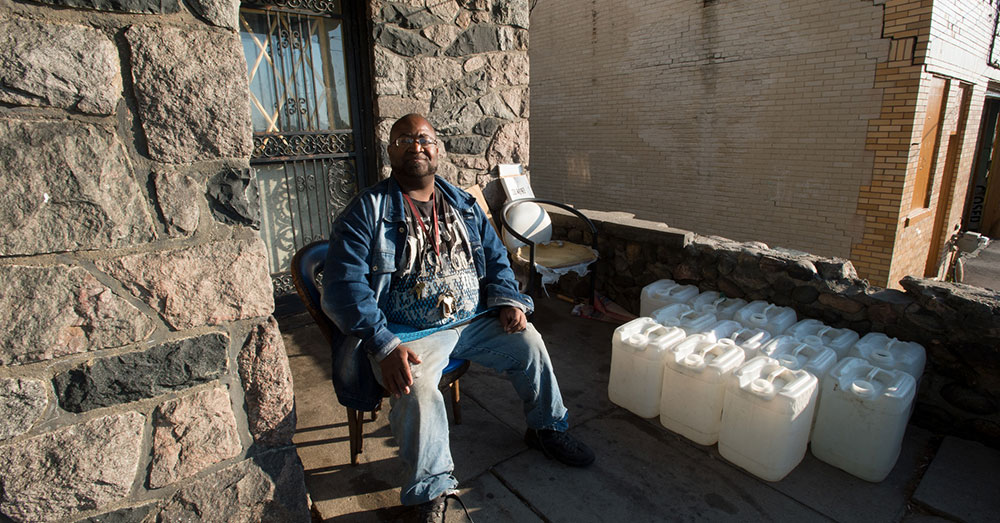 Source: flickr/U.S. Department of Agriculture
USDA Foods were packaged and delivered to 17,000 households eligible for The Emergency Food Assistance Program (TEFAP) in the Flint area to help address the ongoing water crisis.

The Michigan Civil Rights Commission, in its report, “The Flint Water Crisis: Systemic Racism Through the Lens of Flint,” attributed the crisis to “deeply embedded institutional, systemic and historical racism,” which put profits before people, and cost-saving measures before the health of a once-flourishing community.

In Parchment, perfluorooctanesulfonic acid (PFOS) and perfluorooctanoic acid (PFOA) have been plaguing the local groundwater, and residents have been forced to rely on bottled water distributed by the state.The EPA has linked PFOS and PFOA to cancer, thyroid hormone disruption, and increased cholesterol levels. The finger has been pointed at a local 3M plant, which previously produced these chemicals, but the Department of Environmental Quality has yet to name a definitive source in the case. 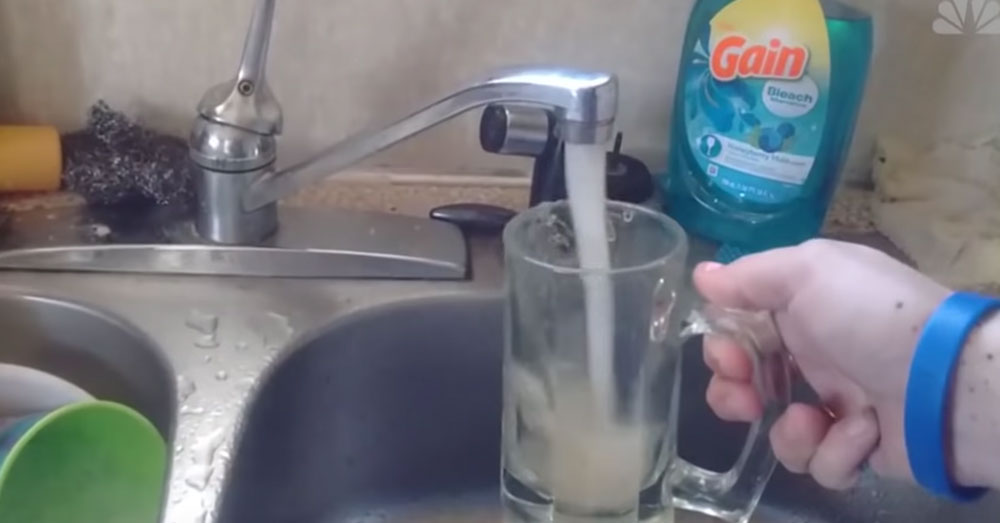 Source: YouTube/NBC News
Flint’s water system was connected to the contaminated Flint River while the system was upgraded.

North of Parchment, water supplies in the city of Rockford were found to be contaminated with PFOS and PFOA, owing in large part to the Wolverine World Wide tannery that perviously disposed of its waste in local water systems.

In both Parchment and Rockford, PFAS has been leaching into local water systems when items treated with 3M Scotchguard fabric protector, or more likely containers of the chemical itself, have been left outside.

“Any spill that occurred in the storage area would certainly go into the groundwater,” Richard Rediske, a Grand Valley State University chemistry professor told MLive. 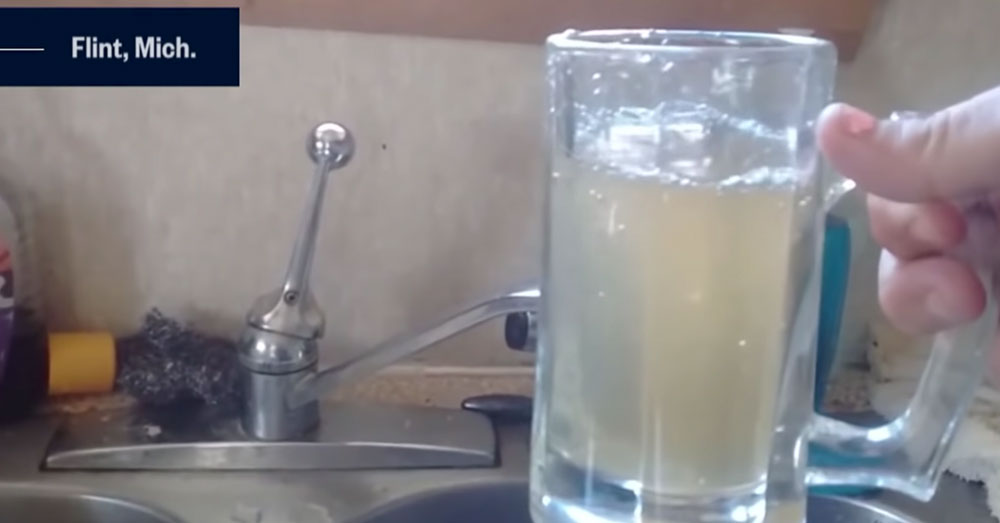 Source: YouTube/NBC News
The water system was contaminated with Lead and other harmful substances.

Rediske was one of the first to draw attention to the issue when he contacted the DEQ in 2017.

All this to say, Michigan is surrounded by water, water everywhere, and not a drop to drink. It is for sale, however. According to NPR, despite a record 80,945 public comments against the measure, contrasting 75 favorable ones, the state approved Nestlé’s request to take 576,000 gallons of water daily from the White Pine Springs well in the headwaters of Chippewa and Twin creeks in Osceola County. 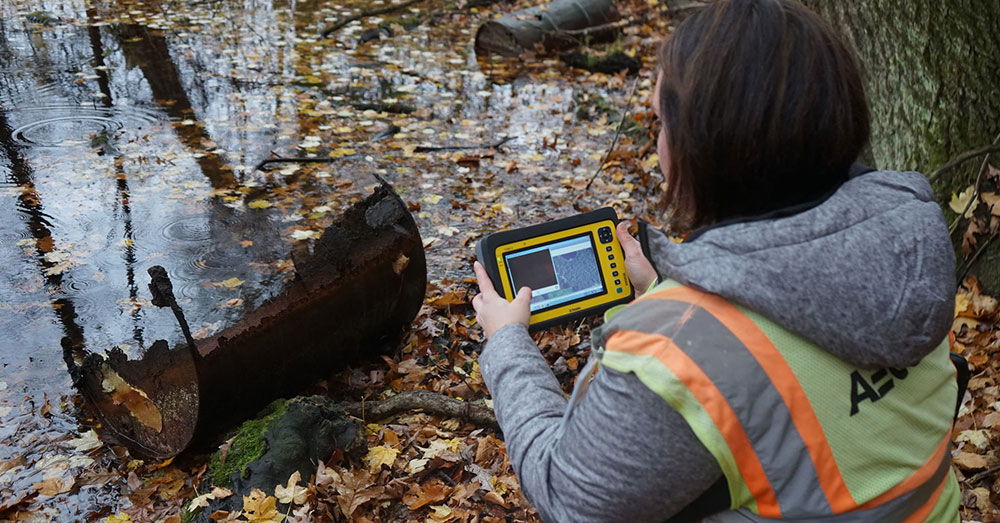 Nestlé is now allowed to pump up to 400 gallons of water per minute from the well.

With all this to consider, even though Siona’s bid for Miss America was denied before the final 15 were chosen, her words shouldn’t be dismissed so quickly.

Miss Michigan should automatically win #MissAmerica for starting with this! 😳 #Home #GoGirl pic.twitter.com/fdhRILMEtA