On Tuesday, October 2nd, Denver, Colorado was having a very pleasant day with very clear skies. At least until the National Weather Service radar starting picking up a reading that something was headed towards the mile-high city.

A large signature was picked up by forecasters, and after the initial sighting, they all thought it was a large flock of birds migrating south for the coming winter months.

When skies are clear, radar can pick up much smaller objects like birds with an increase in sensitivity. And since it’s the right time of year, it was a pretty safe assumption to believe the object was a group of migratory birds.

Look at what’s flying into Denver! Radar from last hour showing what we believe to be birds. Any bird experts know what kind? #ornithology pic.twitter.com/EAqzdMwpFU

But since they couldn’t actually tell what it was, they resorted to asking the public if anyone was seeing anything out of the ordinary or if anyone could help the team identify the objects that were coming towards the city.

After numerous responses and replies on Twitter, the verdict was in: painted lady butterflies. 70 miles of them.

Since insects are very rarely picked up on radar, the forecasters had quite the shock when they received the confirmation that it was indeed a massive group of butterflies.

“We hadn’t seen a signature like that in a while,” said NWS meteorologist Paul Schlatter. “We detect migrating birds all the time, but they were flying north to south.” 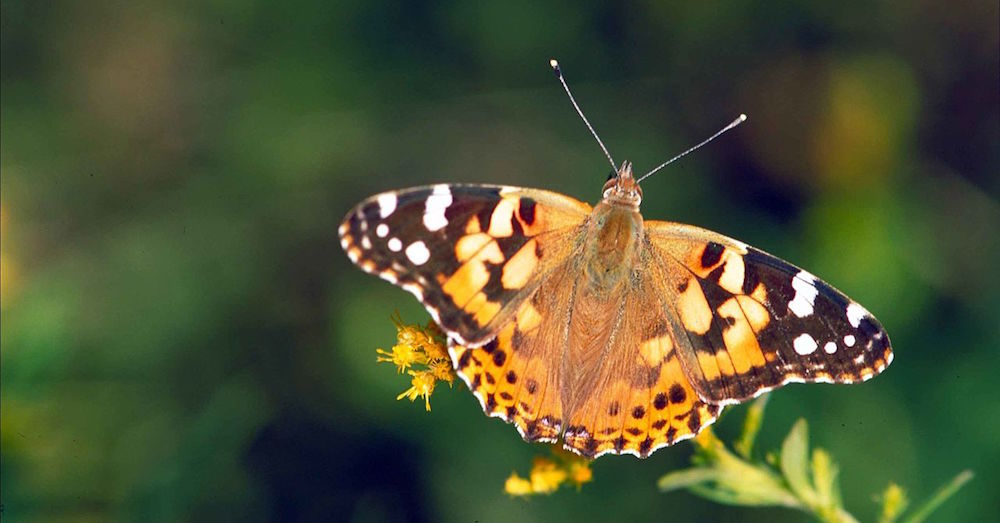 Because the signature they were seeing on the radar was flying in the opposite direction of what birds usually fly, it left the forecasters even more confused about what they were seeing.

The three-inch-long butterflies are often mistaken for monarchs, which also are famous for their massive migrations. The painted lady butterflies are found all across the United States and fly down to Southwestern states and also northern Mexico for the winter months when it is too cold for them.

Much like monarchs and other migrating butterflies, this particular species glides along on the currents of the wind and can travel hundreds of miles a day. That’s quite a feat for such a tiny creature!

As these butterflies make their way south for the winter, you can cheer on their journey wearing the gorgeous tunic featured below! Butterflies at play is an understatement when it comes to the joyful decoration that graces our lightweight tunic. Complete with embroidered wings, intricate beading, and shining sequins, this top is an ideal expression of your positive personality.