On a routine workday at a South Florida park in 2015, workers took down a diseased avocado tree. They knew the tree was dying, but they didn’t know that three baby owls were living in a nest inside. Once the workers found the hidden treasures, they took the owlets to Fort Lauderdale’s South Florida Wildlife Center. 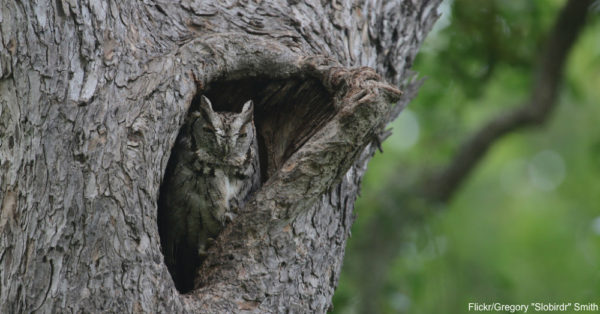 True to its mission of rescue, rehabilitation and release, the center’s staff swung into action. Skilled and experienced in triage, the wildlife center team checked out the baby birds and gave them food and fluids. These were baby Eastern screech owls, a familiar sight in North American wooded areas. Solitary birds by nature, Eastern screech owls often nest in tree cavities with entrances no larger than about 8 inches in diameter, and as high as 82 feet from the ground. The avocado tree probably seemed like a safe place to raise an owl family. 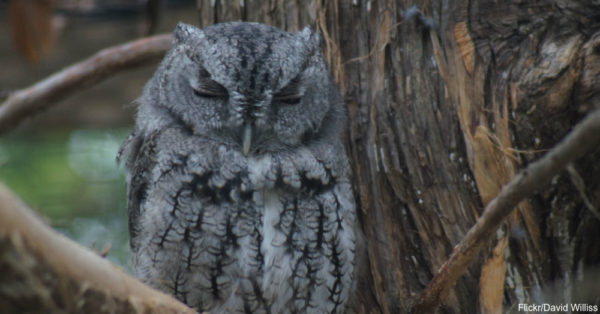 With the babies stabilized, the next step was to return the owlets to their mother. Knowing that Eastern screech owls use human-made nesting boxes, Shelby Proie, a release specialist with the center, made a new nest. Proie obtained park permission to use a mango tree near the former location of the avocado tree as a new home for the babies. After attaching the nesting box to the mango tree, Proie weighed, fed, gave fluids to the babies, and then placed them in their new home. Some wildlife mothers leave an area if they think their babies are dead. Center staff members made daily rounds to their owlet patients to monitor their progress. After three days, the staff confirmed the owlets had gained weight, meaning mom and babies were reunited successfully. The plan had worked, with a happy ending for all. To see how easy it was for the park workers to miss that nest of owlets, watch this video clip.