Chimpanzees are creatures that have been known to show incredible emotion, empathy, and intelligence. Because of this, there has always been a large effort to understand where these feelings stem from and to see how we can relate to them as human beings.

These amazing animals also have extremely complex social structures with one another, even to the point of creating colonies with obvious leadership roles in place for certain chimpanzees.

One example of such leadership is a chimp named Mama. 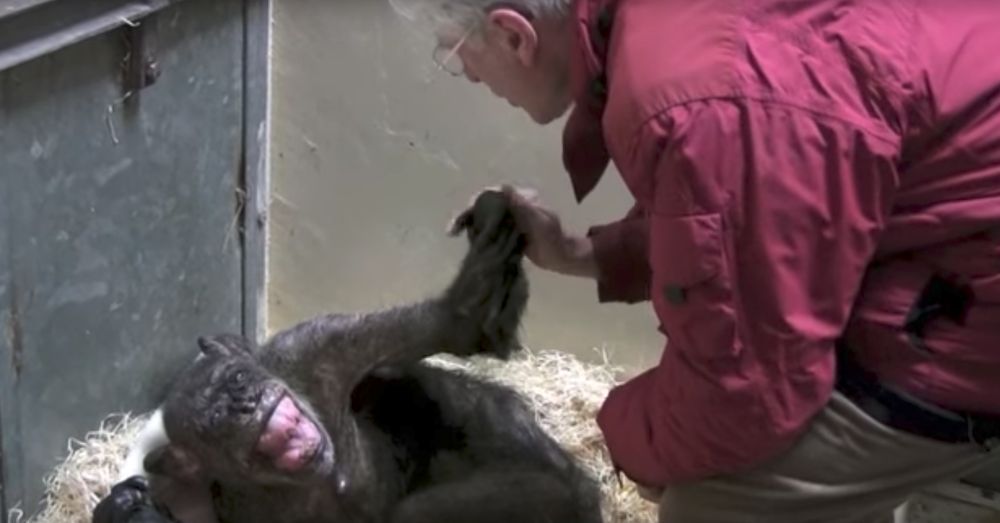 After being born in the wild, Mama was a key factor in helping renowned biologist Jan van Hooff of the Netherlands create the first-ever colony of chimpanzees to live in a zoo together all the way back in the 1970’s.

Mama and van Hoof spent so much time together that even at 59-years-old, and dying of old-age, all she wanted was to see the human who had dedicated so much of his life to helping her.

Before van Hoof’s arrival, Mama was completely unresponsive to everyone who tried to interact with her. She was refusing food, medicine, and even general human contact. But when she saw her oldest friend, all of that completely changed. 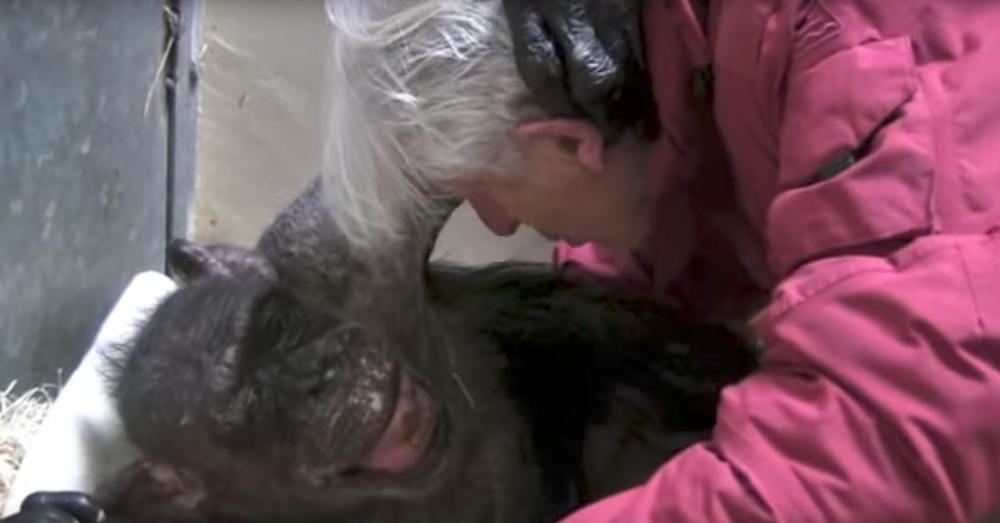 The last moments between these two show how much of a bond can be formed between a person and a previously wild animal. There is so much love and tenderness shared between them that it will just melt anyone’s heart.

Frans de Waal, a behavioral scientist who spent a lot of time with Mama, said, “She had an exceptionally strong and dominant personality, so that no man who wanted to come to power could do so around her. She also brought consolation when there were tensions and mediated conflicts.”

“She will be sorely missed, also by me, because I have rarely seen such an admirable character in both humans and apes.”

Check out the video below to see this incredible chimpanzee receive her last wish of being able to see her best friend one last time before she passed.