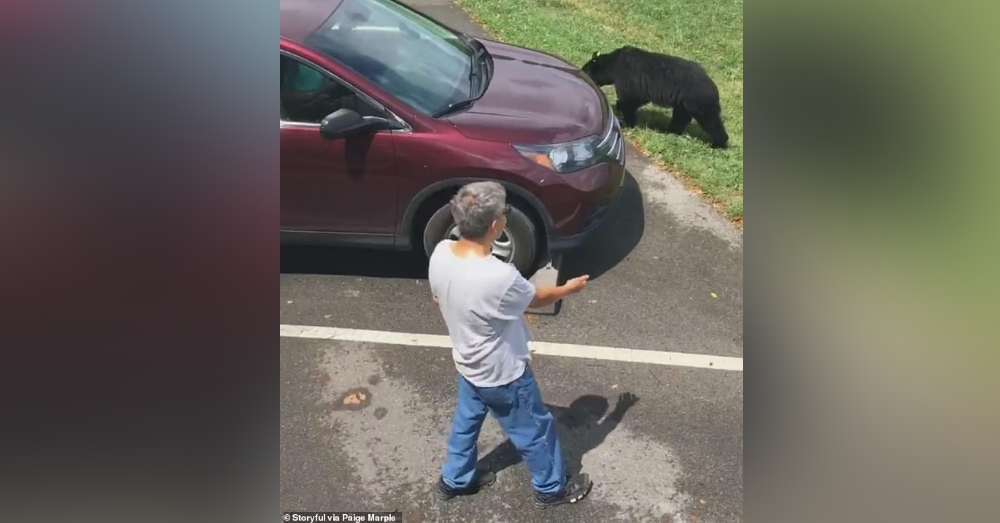 Great Smoky Mountains National Park in Tennessee is renowned for its beautiful nature and wildlife. Unfortunately, one greedy tourist made the rookie mistake of trying to pet baby bear cubs as they passed near his car. 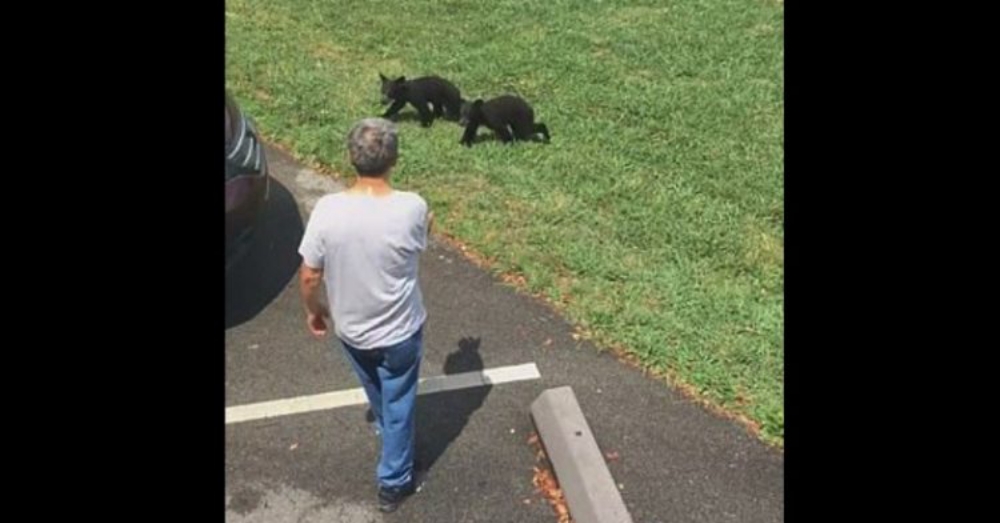 Of course, the baby bears weren’t walking through the park alone. When the tourist moved closer to the young bears, a big mama bear suddenly appeared.

Even this, however, wasn’t enough to deter this foolish man, who continued to chase the young cubs across the parking lot. It wasn’t until the Mama bear lunged at him that he turned around and ran, sheepishly grinning at everybody else who witnessed his dangerous act. 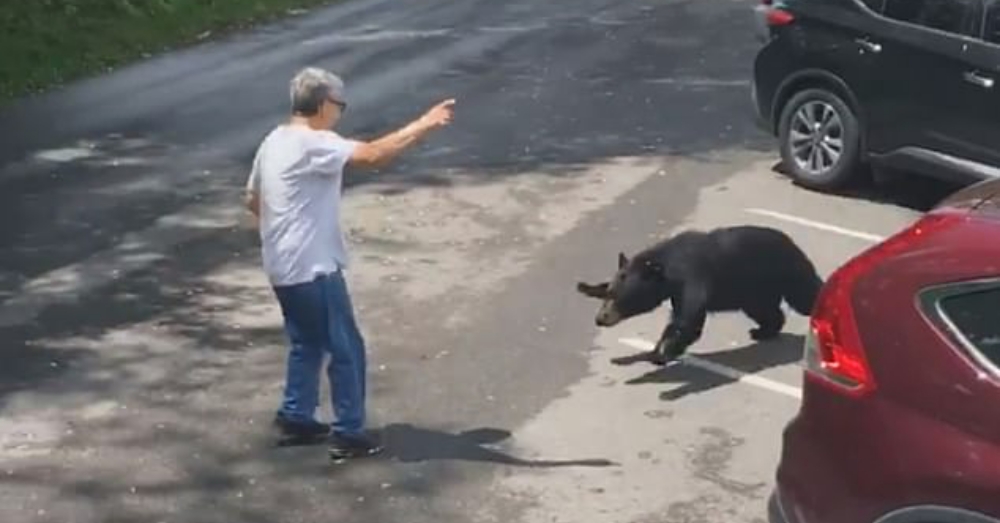 A woman named Paige Marple was horrified to see this foolish man reach out and try to touch the young bears, so she recorded this dangerous situation and posted the entire episode on Facebook. (The audio of Marple’s film includes a different person calling this rogue tourist a “dumb*ass”). 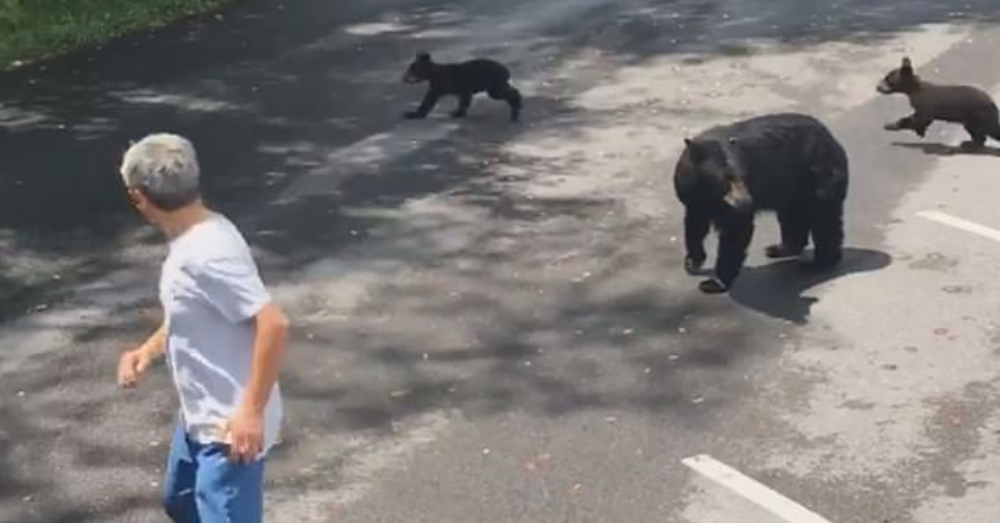 “In Cades Cove, there are signs everywhere stating to stay 50 yards away from the animals,” Marple wrote. “This man did not listen and could have died because of it. I don’t know he’s still alive honestly. Too close of encounters. Stay away from the wildlife.”

Watch this close encounter in the video below!