Mali the elephant has known nothing other than concrete for the past four decades of her life, and without intervention, she will continue to live alone at the Manila Zoo in the Philippines.

The 43-year-old Asian elephant was taken away from her family as a baby in the wilds of Sri Lanka, and like many captured elephants, was taken to a foreign zoo that does not even remotely resemble the natural habitat where she should be living. 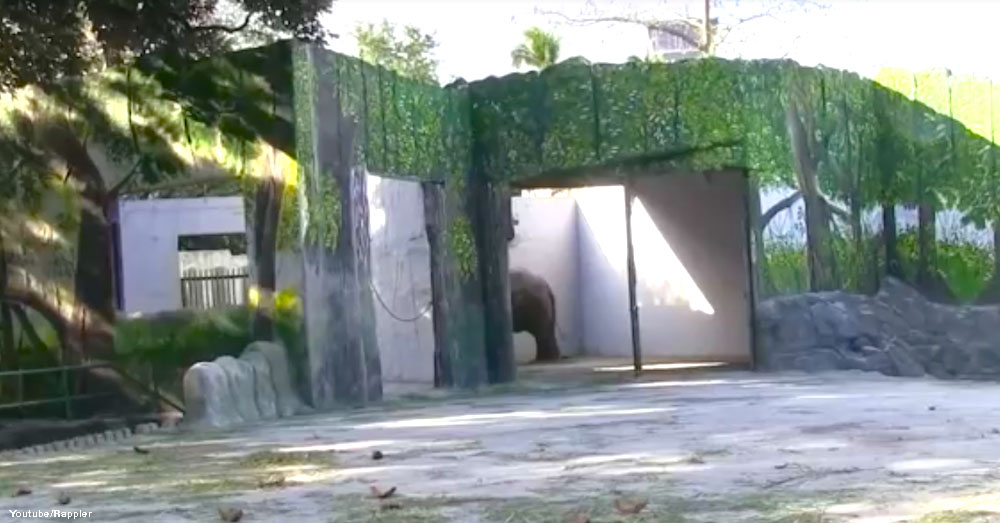 When Mali first arrived at the zoo in 1997, she was put into an enclosure that was made entirely of cement. Cement floors, fake trees painted on cement walls, and the bare minimum of “toys.” All she has is a couple of balls, a tire, and running water.

Not only has Mali had absolutely zero social interaction with other elephants, but her enclosure is also incredibly small.

Elephants are extremely social creatures that form intricate bonds with their herds, especially females like Mali. They need social interaction almost more than humans. They also need to be able to move around freely if they are expected to live a healthy and happy life. 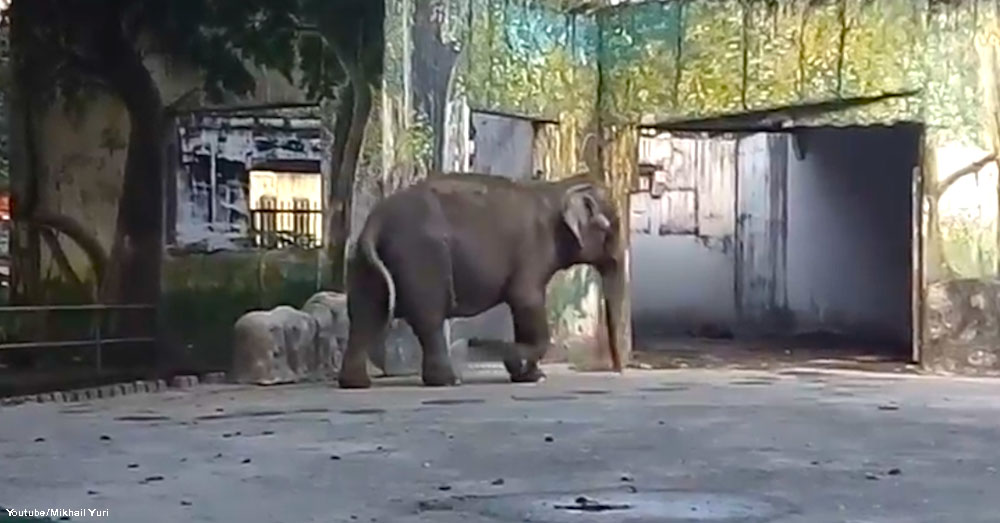 Just looking at Mali and they way she interacts with her surroundings makes it very clear that she is somewhere she doesn’t belong.

There is also evidence that her health has been in a steady decline after living in her concrete prison for the last 40 years.

According to elephant expert, Dr. Henry Richardson, Mali is in a great deal of suffering due to numerous foot issues.

“The lack of a preventative foot-care program is putting Mali in jeopardy of severe foot disease with accompanying pain and suffering,” Richardson said.

Chronic pressure sores, cracked nails, overgrown cuticles, and cracked foot pads are all ailments that Richardson discovered when he investigated Mali’s health all the way back in 2012. 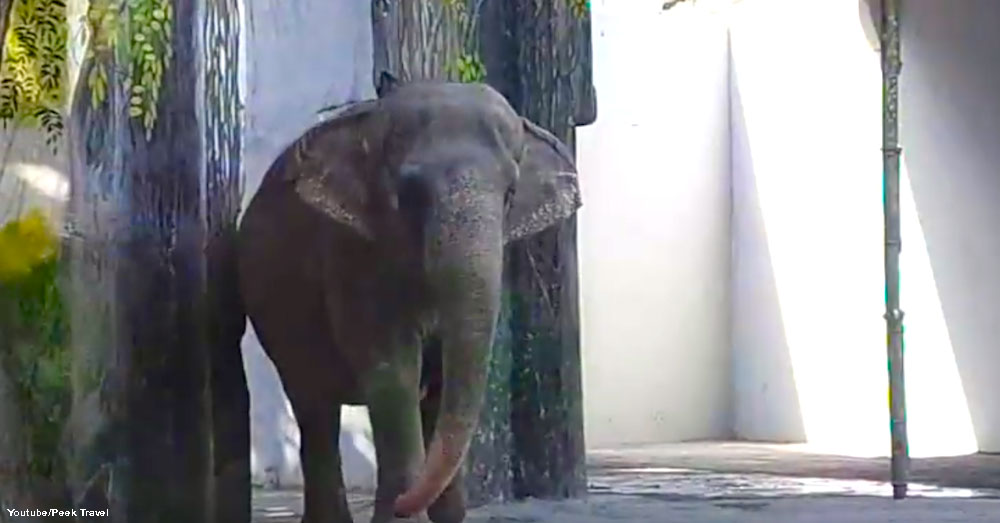 With an enclosure that is estimated to be 0.001 square kilometers, Mali simply does not have access to the normal daily elephant routine she would be regularly participating in, like walking up and down hills, digging in dirt, enjoying mud baths, and swimming.

Numerous groups have advocated that Mali would be much better off in a sanctuary devoted to rehabilitating elephants like Mali, but the zoo has insisted that she is too old to be transferred, which is absolutely not true.

All across the world, elephants of different ages are regularly freed from their captivity and released into areas where they can live their normal lives with other elephants.

Mali should not have to continue her life of suffering in captivity just so that people can see an elephant for their own entertainment. She and others like her deserve to live as they were intended to live: in the wild.

Asian elephants need to be protected and not exploited!

The illegal elephant trade is surging in Thailand, propelled by the tourism and entertainment industries. At the center of it all is the horrifying Surin Elephant Festival.

Once captured, these gregarious animals are confined, beaten, deprived of sleep and food, and ultimately “broken” for a lifetime of labor, and it needs to stop.

Help keep these animals from harm, and ensure they remain in the wild.