The Maesa Elephant Nursery in northern Thailand is popular with tourists from around the world, but investigators from the Moving Animals group call it the “elephant nursery from hell.”

Within the walls of this nursery, baby elephants are abused with sharp bullhooks and chained up when not being forced to perform for visitors. Moving Animals recorded a video that showed some of the young animals being pulled by their ears, and a few cowering in fear, anxiously swaying back and forth.

According to the Independent, the elephants in the nursery are “psychologically broken and suffering immensely.” 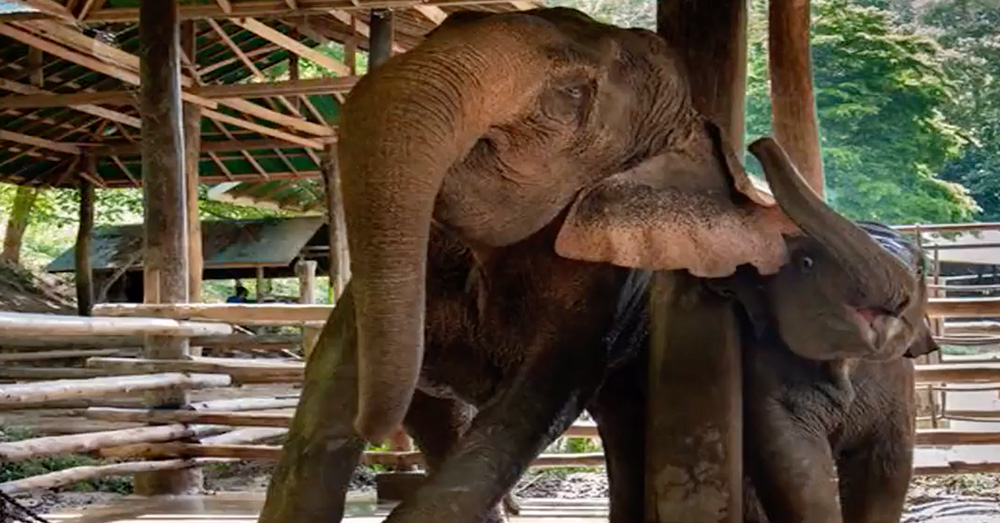 Moving Animals has described the nursery as a “baby-making factory,” where the female elephants are reportedly artificially inseminated as often as possible. With each gestational period lasting 18-22 months, they spend most of their adult lives in pregnancy.

“Even expectant mothers are forced to perform tricks, such as ‘painting’ and kicking a football, three times a day, often while still in chains,” the Independent reports. 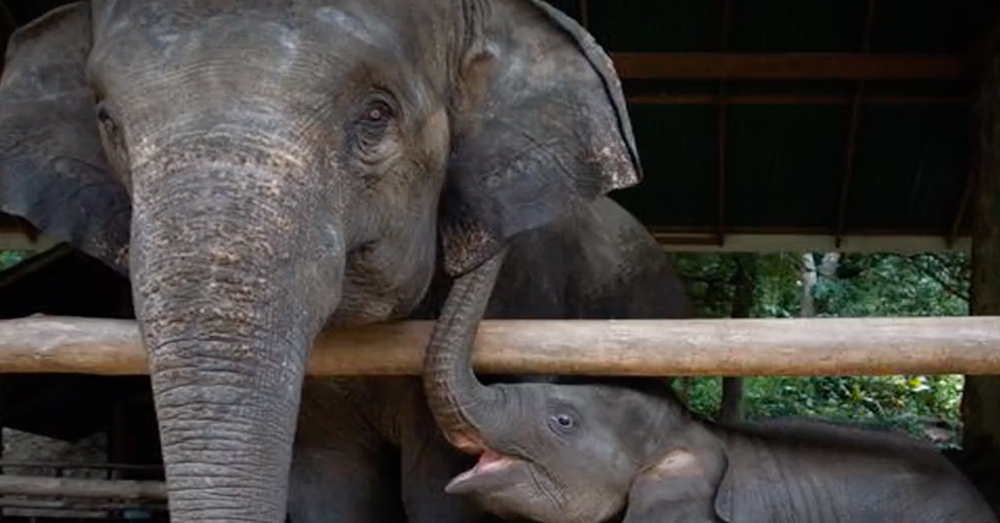 Baby elephants are forced into a world of suffering almost as soon as they are born. According to National Geographic, the calves are separated and put into phajaan, also known as “the crush,” at just two years old. This practice involves binding the animals with ropes, cramming them into a tight box, and beating them until they lose the will to struggle.

Moving Animals defines the phajaan as “the brutal process of breaking a young elephant’s spirit, so that they can be forced to learn tricks and performance routines.” 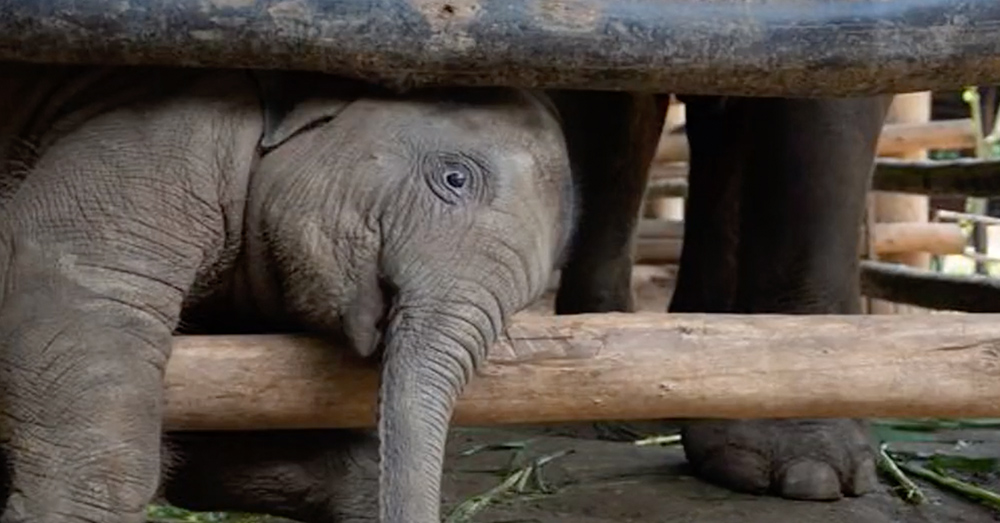 Their transformation is only hastened by the sight of teenage and adult elephants nearby being forced to perform day after day.

“Our investigations across Asia have repeatedly shown that elephants continue to face relentless physical and emotional suffering to take part in rides, processions and performances,” said Moving Animals’ Amy Jones. “It is heartbreaking to think that these innocent babies at Maesa Elephant Nursery are at the start of a lifetime of captivity that will feature sharp bullhooks, cruel performances, and severe psychological stress.” 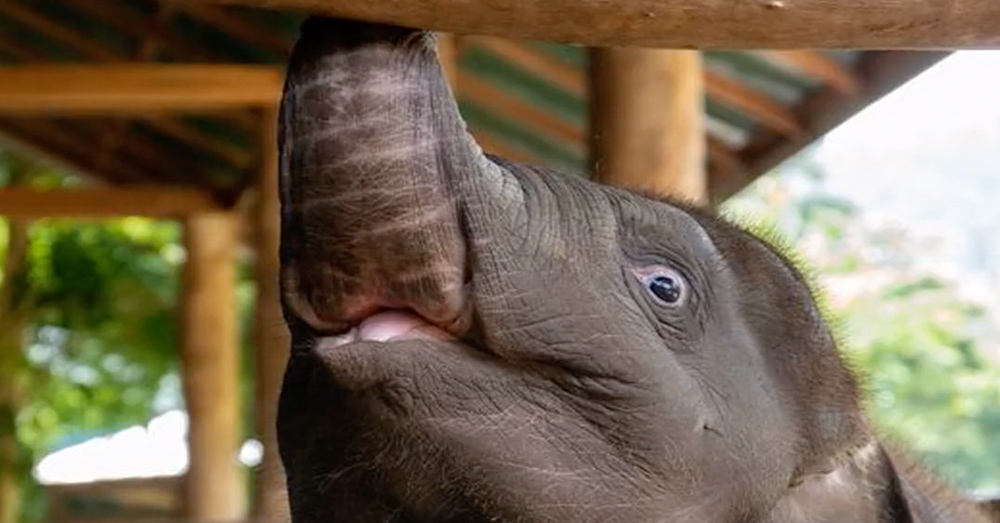 The Maesa Elephant Nursery has been in operation for 43 years, now holding more than 80 elephants, but it is also facing increased pressure from animal rights advocacy groups, and even world governments, to change its practices. The UK government may soon be banning advertisements for elephant-based attractions, Metro reports. Exploiting and “breaking” endangered Asian elephants for tourism is insupportable. Help us stop it!

The Other Dog Who Emerged From The al-Baghdadi Raid Is A Puppy Named ‘Bobe’: Click “Next” below!