‘Moonbow’ may sound like the title for an unreleased James Bond film from the 70’s, but in reality it’s an incredibly rare natural phenomena that only happens on nights with perfect conditions.

A moonbow, or lunar rainbow, is basically a rainbow that can only be seen at night.

In order for one of these spectacular occurrences to happen, there needs to be enough sunlight reflecting off of the moon in order to create a nighttime version of a rainbow. The moon also needs to be set in a certain position in the sky (usually no more than 42 degrees from the horizon), it needs to be EXTREMELY dark, and there needs to be just enough moisture in the air for the moonlight to refract through the water droplets.

In the dark, lunar rainbows usually reveal themselves as only a faint, white arch. However, photographers who utilize longer exposure times are actually able to capture the normal colors of the rainbow from the extremely elusive moonbow. 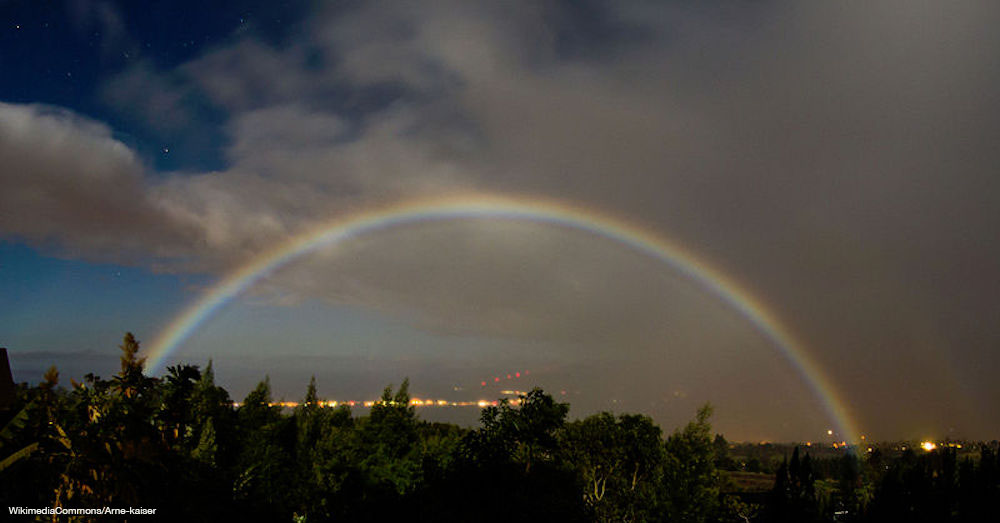 By letting more light into a camera for a longer period of time, photographs become brighter and more similar to what you would be able to see during the daytime, making the moonbows much more visible, just like in the photo above.

But where can you go to actually see a moonbow, since they are so rare and hard to find?

Currently, there are only two places on planet earth where moonbows can be seen on a consistent basis: Victoria Falls on the Zambia-Zimbabwe border and Cumberland Falls near Corbin, Kentucky. 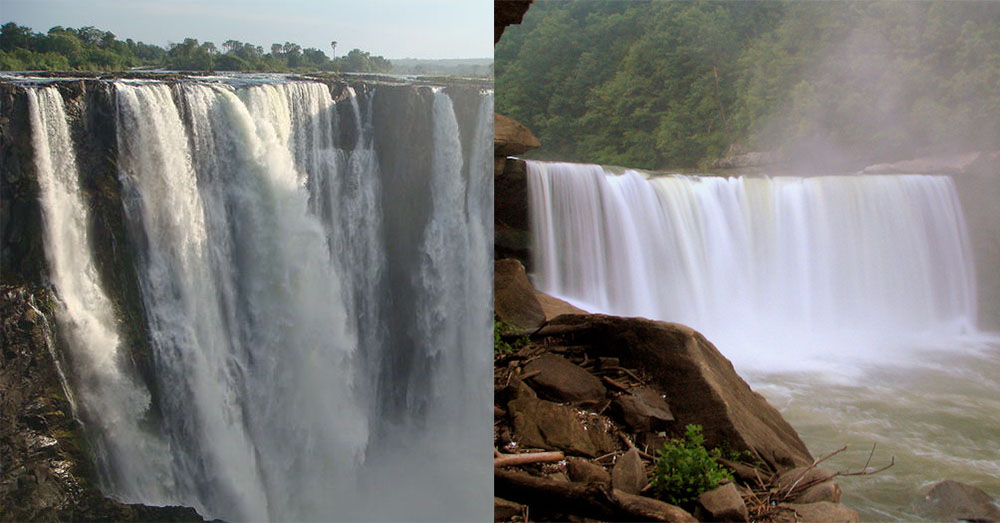 Both of these locations are, as you may have surmised, waterfalls. This is important because in order for these lunar rainbows to form there needs to be enough water droplets in the air to actually create a rainbow.

“The right amount of mist is key,” said Bret Smitley, a naturalist with Cumberland Falls State Park Resort. “You want a good splash. One of the reasons why we’re special is that while most waterfalls are in deep ravines and gorges, we have a wide gorge so the moon can shine down in it and really reach the mist. And we have a big falls – one of the largest in regards to water volume in the southeast [US].”

At Cumberland Falls, the viewing area for the falls is perfectly positioned for anyone attempting to see the fabled lunar rainbow, but patience is key. It could be cloudy for hours and then suddenly the sky opens up and provides the perfect conditions to see a beautiful moonbow.

These spectacular natural phenomena are just one of many of the secret little wonders our planet holds!