The woolly mammoth has been extinct for thousands of years, but a recent scientific development may one day make it possible to change that.

According to CNN, a team of scientific researchers was recently able to successfully revive the cells of an ancient woolly mammoth. The frozen baby mammoth — a specimen approximately 28,000 years old and nicknamed “Yuka” — was remarkably well-preserved for how old she was at the time she was discovered in Siberia in 2010, Science Alert reports.

The scientists removed bone marrow and muscle tissue from the long-frozen carcass. They then inserted the least-damaged cell nuclei they’d recovered into the egg cells of live mice using a process called nuclear transfer.

Incredibly, it worked, and the woolly mammoth’s cells were successfully revived. 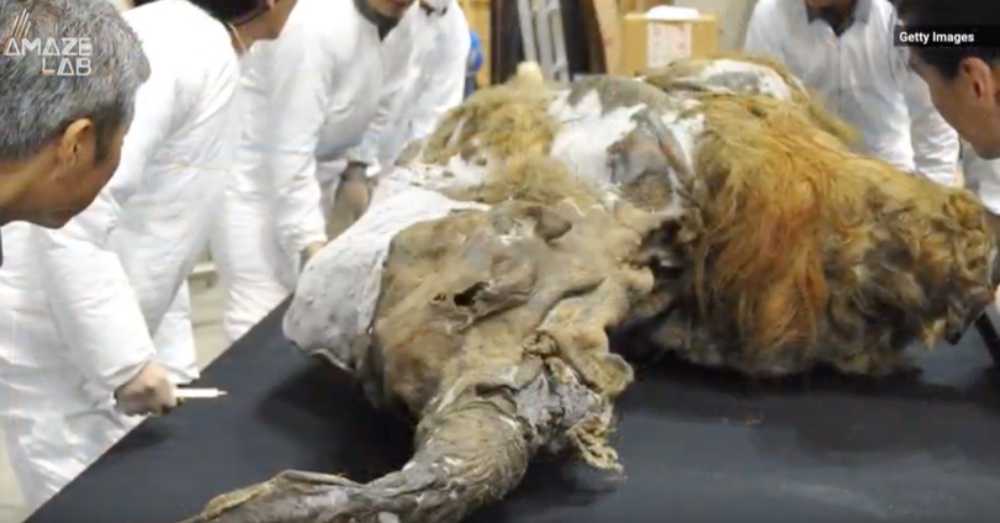 The team is led by 90-year-old Akira Iritani, a Japanese biologist who has long dreamt of resurrecting the long-extinct woolly mammoth. Iritani was on the brink of giving up when he learned about the discovery of Yuka in 2012.

“I’d been trying to find dormant mammoth cells for 20 years but as I’m (now) 90, I thought I should just give up and accept death,” Iritani, an animal reproduction expert and former director of the Institute of Advanced Technology at Kindai University in Japan, told CNN. “I’m so happy with this latest research. It feels like Yuka was waiting for me to find her.”

“I was so moved when I saw the cells stir. I’d been hoping for this for 20 years,” he said.

Despite this major breakthrough, it doesn’t mean that Jurassic Park–style cloning will be possible anytime soon, though it marks a “significant step toward bringing mammoths back from the dead,” according to Nikkei Asian Review. In order for this to be theoretically possible, scientists would need to find far-better-preserved woolly mammoth DNA, and modern nuclear transfer technology would need to advance significantly to allow for cloning.