Woman Swims Alongside 20-Foot Great White Shark, And The Whole Thing Is Caught On Video

What would you do if a 20-foot great white shark swam by your side while you were in the ocean? Pee your pants (or swimsuit bottoms), probably.

But for Ocean Ramsey, it was a joyful moment, not a nerve-wracking one.

Ocean — yep, that’s her name! — appears in several stunning images with a 20-foot-long, 8-foot-wide great white shark. The photos and videos are from a January swim off the coast of Hawaii. Wearing a wet suit and holding a camera, Ocean is close enough to the shark to gently touch its side.

This is business as usual for Ocean, a marine biologist in Hawaii.

Great white sharks “swim past surfers, swimmers, and divers all day every day,” she told Today, per NBC News.

“It’s so rare that they ever make a mistake,” she explained. 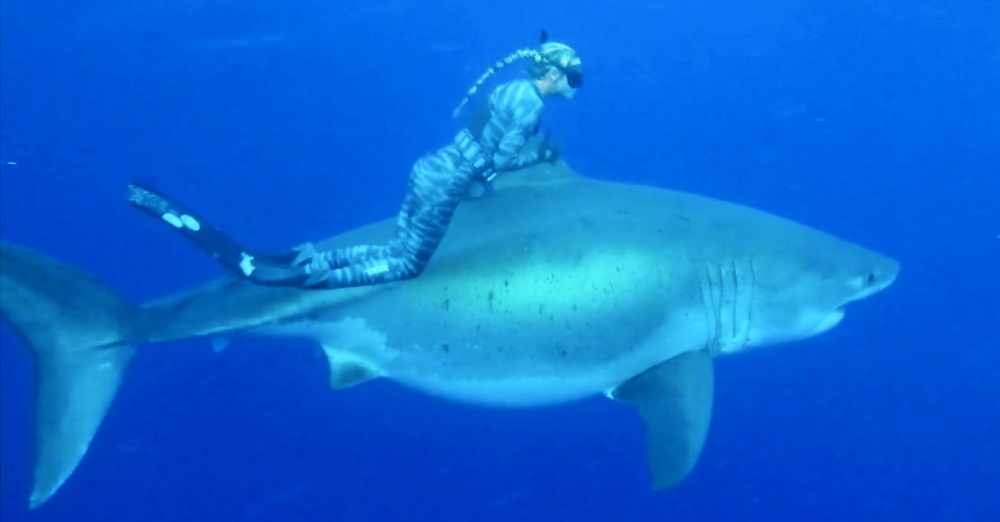 Ocean wasn’t swimming with just any great white shark, either. She suspects she was with a shark named Deep Blue, who scientists believe might be the largest in the world.

While most swimmers would have been deathly afraid at the sight of Deep Blue, Ocean was actually excited. She and her team were there to study tiger sharks, but she felt lucky to come across Deep Blue.

“We never would have imagined we would be fortunate enough to be graced with the presence of this massive, big, beautiful, female white shark,” Ocean said. “It fills my heart with joy and takes my breath away.”

Check out the jaw-dropping but beautiful footage for yourself in the video.