Surfers Spot Deer Struggling To Swim In Frigid 50-Degree Ocean, So They Band Together To Save It

Imagine you’re hanging out on the beach on a cool, cloudy day, hoping to catch some big waves with your friends and other fellow surfers. But then you see a mysterious creature bobbing up and down in the ocean that doesn’t seem like it should be in the ocean…

What would you do?

A group of surfers from New Jersey found themselves in that exact situation earlier this week. Now they are being hailed as heroes after saving a deer who had somehow wandered into the ocean, got stuck in the currents, and couldn’t make its way back to shore.

Sam Halprin, 17, couldn’t believe what he was seeing when he spotted a young deer struggling to stay afloat in the ocean.

“I gave him a couple of pushes and he started swimming away from me faster and headed in toward the beach,” Sam continued, “and then he got pushed by a couple of waves.” 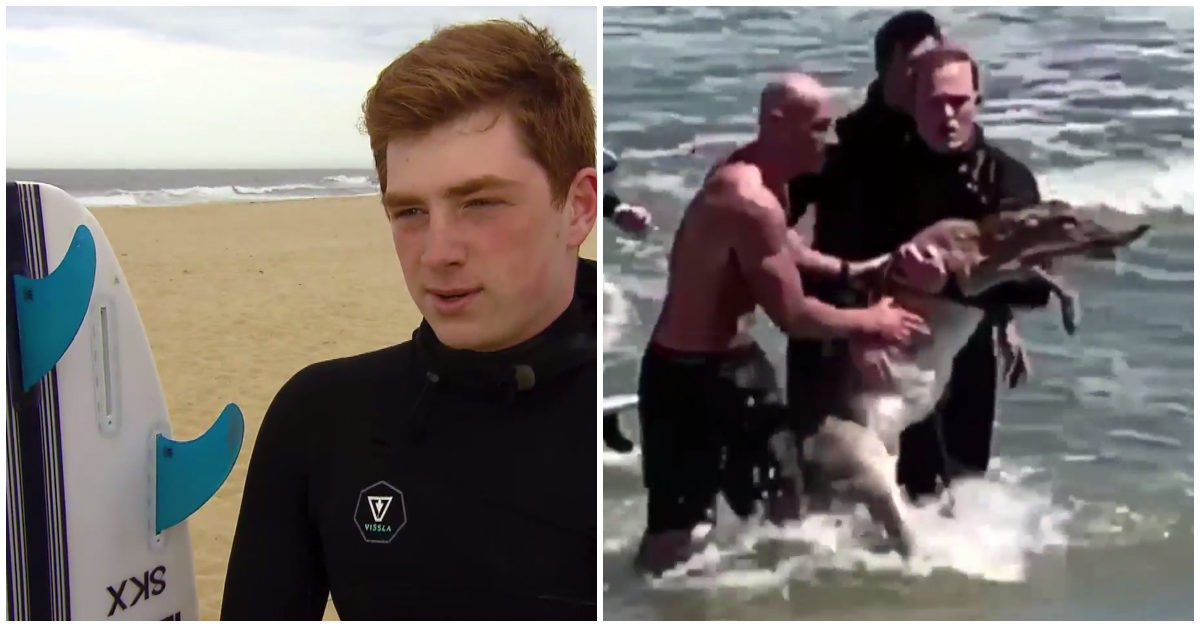 After Sam paddled out to try and save the poor little guy, another surfer soon joined him.

“He ran right up and grabbed him and started carrying him like he was a dog,” Sam recalled.

The entire rescue took about 30 minutes, and once the group of Good Samaritans brought the doe back to the shore, it ran off, grateful for the help of kind humans.

To see this heroic rescue, watch the video below.