Dad Mistakenly Opens Gate, Calls To Wife As Hundreds Of Confused Sheep Wind Up In Their Backyard

Every year as the summer season approaches, the city of Lincoln, California, looks to its sheep and goat population to help lessen the vegetation before the fire season begins.

Hundreds of animals are contained by temporary electric fences as well as fences in place between homes and grasslands.

“Grazing is occurring for habitat management purposes and will improve the overall health of the City of Lincoln’s Open Space Preserves. Grazing is an effective way to control invasive weeds, reduce wildfire fuels, maintain native plant and animal diversity, and reduce dead plant matter (thatch) buildup. Without management, these items can negatively affect the habitat functions of Open Space Preserves.”

The Russo family lives in Lincoln near one of the pastures where the sheep graze. This year, Scott Russo wanted his daughters to get a closer view of the sea of sheep, so he opened the gate to his backyard. 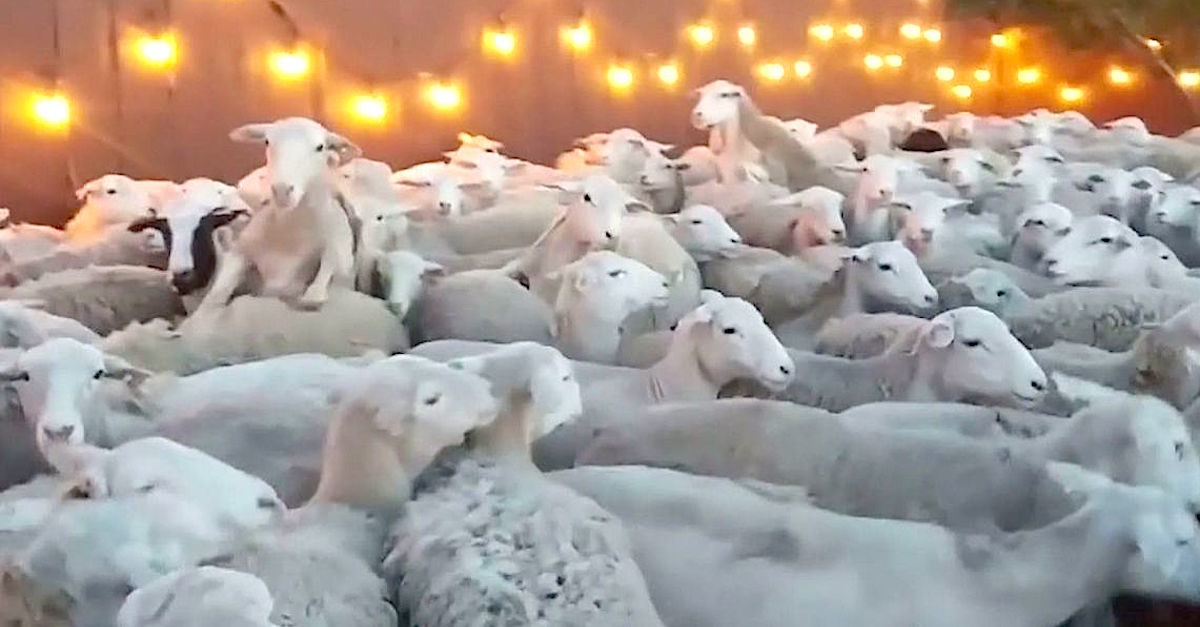 Before Scott knew it, the sheep had spotted the open gate, and they came flooding into his yard! Hundreds of sheep (and a few curious goats) infiltrated the space, and the family couldn’t get the flock to flee.

“What do I do?! I don’t know what to do,” Scott says in his video after trying to shoo the sheep out and only succeeding in driving them closer to the house.

It took several different attempts, but in the end, Scott’s wife spooked the animals away and sent them back to their grazing duties.

How did she do it? By jumping on a trampoline while hitting a tambourine!

The clips below are really a sight to behold…

First up is the footage from Scott. The second video is footage his wife took.