When siblings Sean and Serena Colbert and their cousin, Mallory Fey, decided to take their boat out in Provincetown, Massachusetts, they had no idea what would happen.

The three of them are experienced boaters, having grown up on Cape Cod Bay. They’ve already seen a lot in their lifetimes.

However, no amount of experience could have prepared them for spotting a great white shark right beneath their boat.

“It definitely wasn’t scared of us,” Serena noted of the too-close encounter.

The shark was an estimated 16 to 17 feet long, just a tad bit smaller than their 22-foot boat.

The family members were on their way back to shore when they spotted the enormous sea creature. Sean was about to take a dip in the water when he spotted the shark’s dorsal fin.

“It was like the biggest thing I’ve ever seen,” Mallory said. “That is a massive creature.”

“Seeing it only on TV you don’t realize how massive and quick it is,” Sean added. 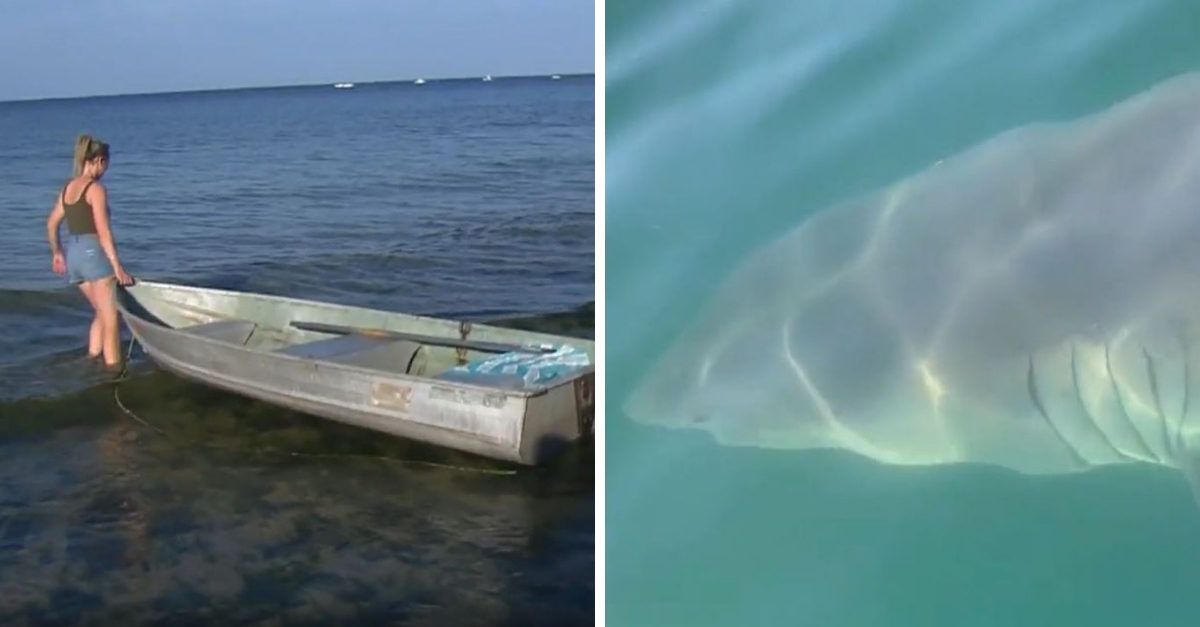 Several additional great white sightings were reported throughout that weekend. Beaches in the Plymouth area even closed for an hour that day when a great white stole a fisherman’s catch from his line as he was reeling it in.

While the situation was definitely startling, the boaters couldn’t deny that the huge animal was pretty majestic.

“It was pretty graceful the way it was swimming around the boat; it was pretty cool,” Serena said.

Check out the video to see the size of this massive animal sidelong against the family boat.