According to the Ocean Alliance:

“Tens of thousands of whales are killed or injured every year as a direct or indirect result of human activities. The health of ocean ecosystems is tied directly to the health of whales. If we continue to lose whales, the results will be disastrous not just for the oceans, but for our entire planet.”

The Ocean Alliance wanted to find a way to learn more about whales without having to get too close and potentially hurt them. The group invented the Snotbot:

“Snotbots are custom-built drones created in partnership between Ocean Alliance and Olin College of Engineering. They hover in the air above a surfacing whale and collect the blow (or snot) exhaled from its lungs. Snotbot then returns that sample back to researchers a significant distance away.”

Christian Miller was on a Snotbot expedition in San Ignacio Lagoon, Mexico, when he was met with the very creature he works so hard to protect: a very curious gray whale calf.

Alongside her mother, the massive calf popped her head above the water and came closer to Christian’s boat … then closer … until she was close enough for Christian to actually reach out and touch her!

It was like she was asking him to pet her. 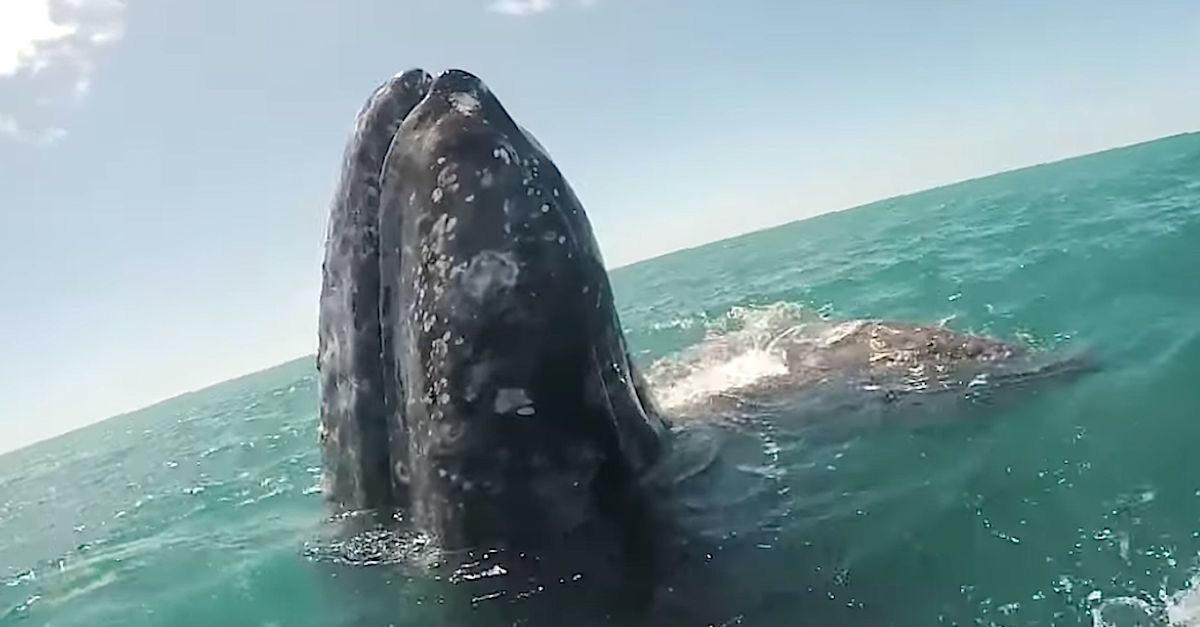 The whale’s mother stayed close nearby but allowed Christian to pet her baby’s chin and underside with one hand, then two, and playfully splash water on her.

The mother and baby then resumed their underwater journey, leaving the stunned travelers behind.

Viewers are struck by the whale’s soft, gentle nature — a prime example of why we must protect and respect our ocean life more than ever.

Watch the incredible footage in this video.