Couple Sprints Away In Fear When They Spot Frog On Patio, But Brave Dog Comes Back For Toy

It was a normal day for one dog and his two owners — until they got the fright of their lives.

In the video below, the three of them were standing outside on the patio when the presence of an unexpected visitor surprised them so much it forced them to run away.

After all, what can be scarier than… a frog?!

The young woman casually opens up a white stepping stool while her boyfriend examines it with her. Suddenly, they look down and see a frog appear out of nowhere.

The two of them completely lose it and jump up in the air with fright. They land on their feet and quickly bolt out of the patio area without looking back.

Their tiny dog, Lucky, is alarmed by all the commotion and follows his humans, but not for long. 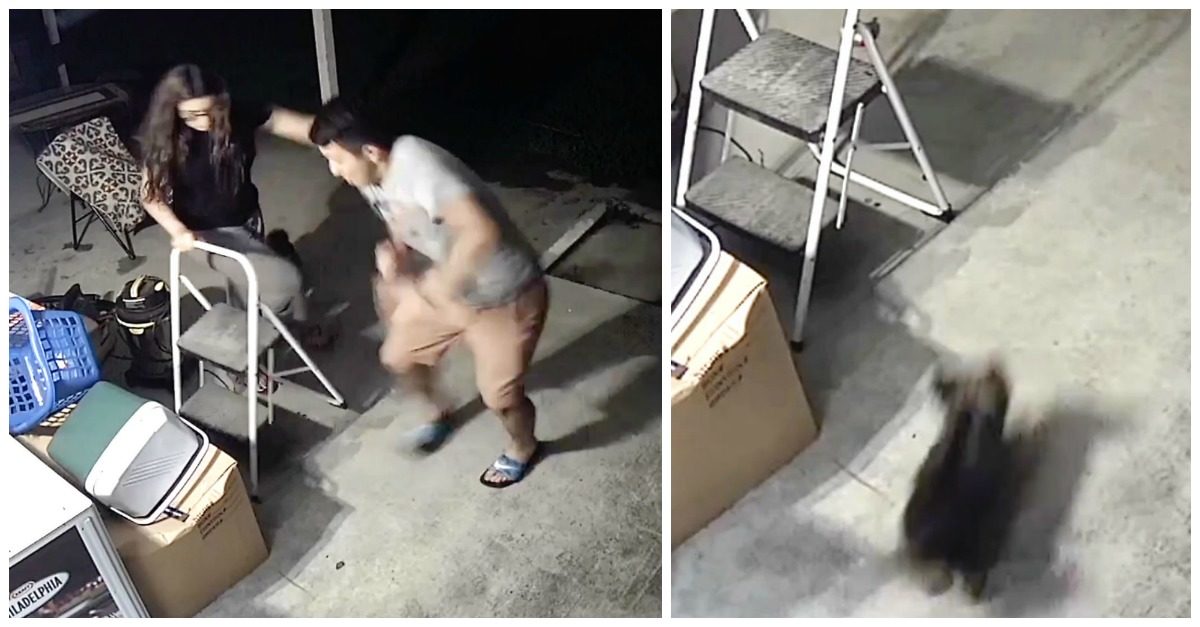 Although he feels just as spooked as his owners do, little Lucky clearly values his beloved dog toy more than his life.

After a few moments, the brave soul rushes back to the patio. The family’s security camera records his every move.

He carefully and quickly makes his way around the menacing frog and snatches his Santa Claus dog toy from the ground. Then, with the precious toy tucked between his teeth, he dashes back to safety.

Check out the video below to see this hilarious security footage, and please SHARE if Lucky’s bravery made you smile!