You probably haven’t stopped to think about it, but crustaceans are very strange creatures.

While some find them delicious, there is a reason why crabs and lobster dishes usually come disassembled or in a California roll: they can be just plain weird looking and not especially appetizing in their natural state.

In fact, one mom even mistook an escaped pet crab for a spider. Needless to say, she was freaked out either way.

You may be familiar with hermit crabs or even have had them as a pet. They’re the cute little guys whose shells double as their homes.

A slightly less cute and much bigger relative of the hermit crab is the coconut crab. The name barely gives these massive, alien-like creatures enough credit.

You’re probably lucky enough to have never seen one in real life thanks to their island habitats… and you’ll want to keep it that way after learning more. 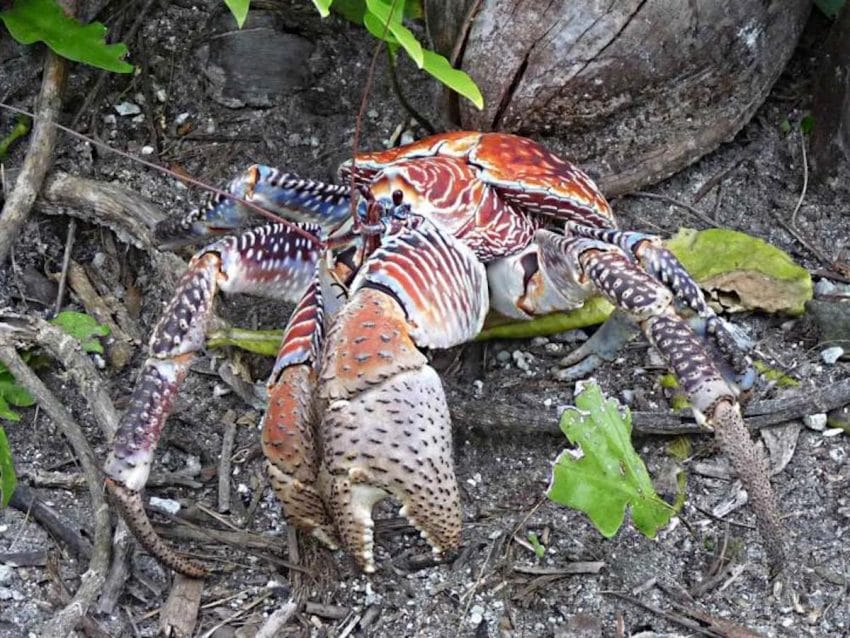 These crabs have a number of names, such as palm crab, thief crab, and robber crab. 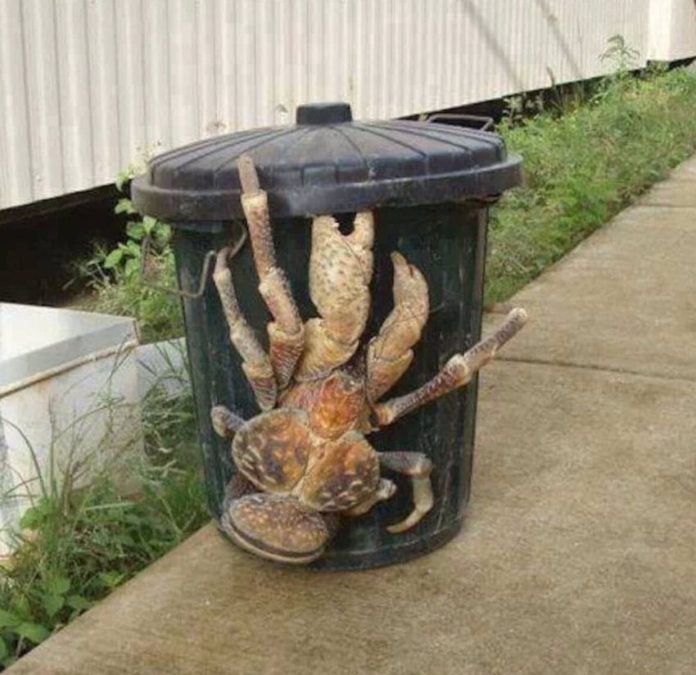 Of course, part of what makes these crabs so incredible is their sheer size. They may only weigh up to nine pounds, but they can stretch to over three feet from back to front. 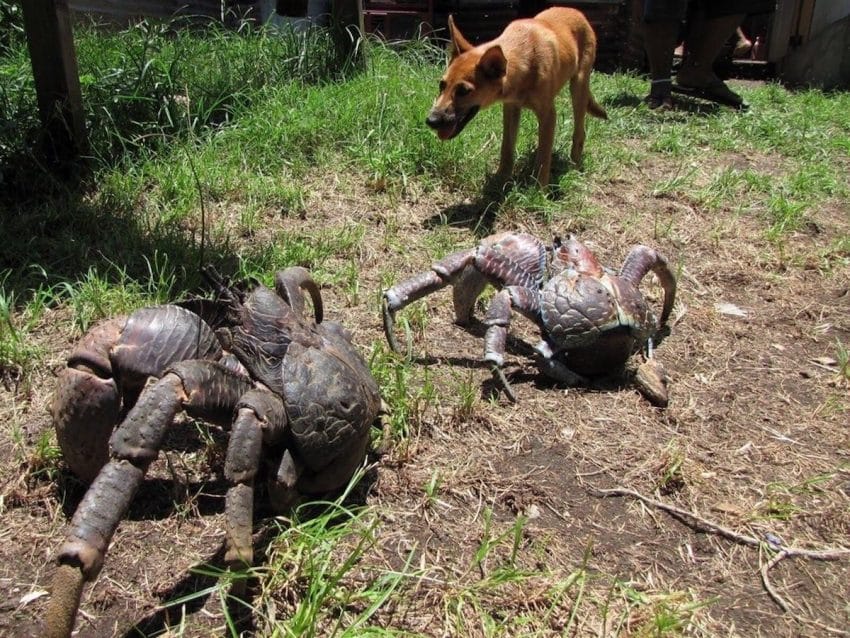 As you can see, even this dog doesn’t want to get too close to the crabs.

It’s also pretty shocking that the crabs don’t seem to be scared of what should be their predator. 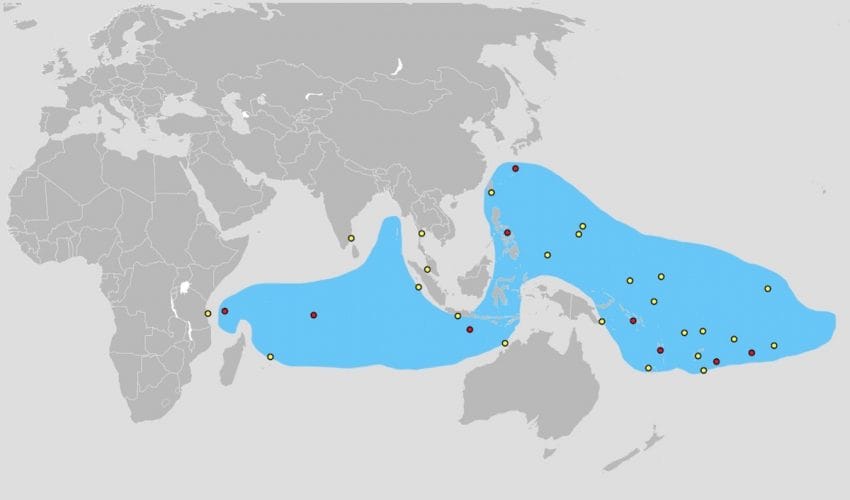 Coconut crabs are found in very specific environments. Their habitat ranges across the South Pacific in the islands near the equator.

They used to also be found on mainland Australia or Madagascar, but were likely hunted to extinction because their meat is considered a delicacy (and an aphrodisiac). 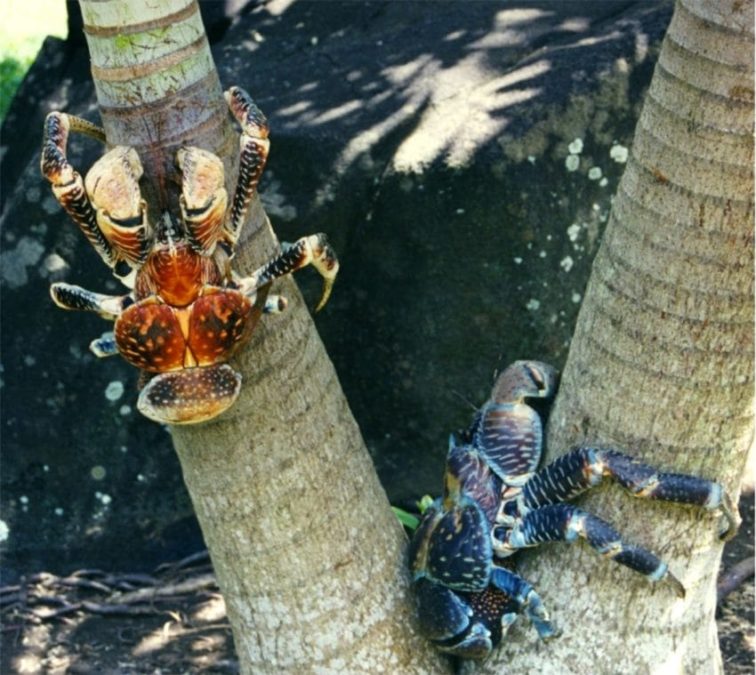 Where they live is dependent on their main food source: coconuts. That’s why you’ll often find them where there’s also plenty of palm trees. 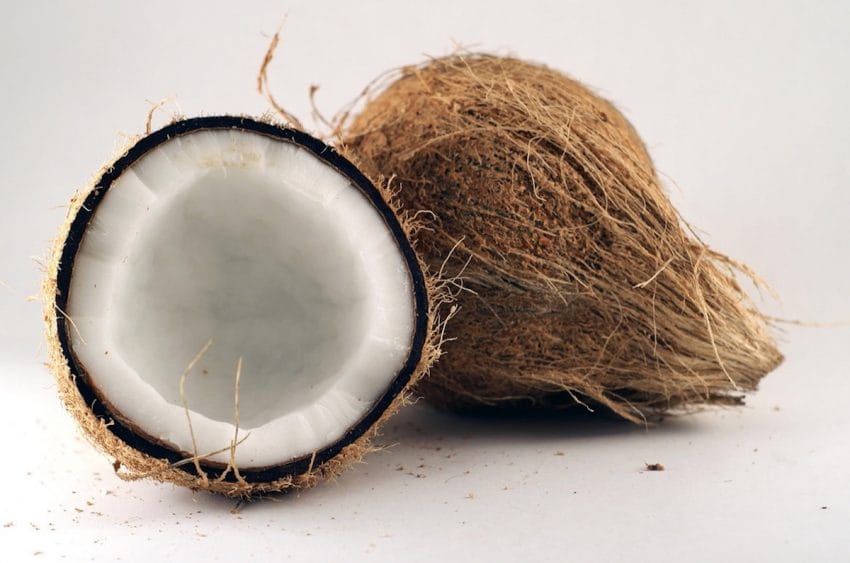 These crabs are clever enough to drop it from the height of a tree first before trying to break the husk.

Coconut crabs recently made headlines after being documented stalking and killing a seabird, according to New Scientist.While these crabs have been known to scavenge large kills, steal eggs, or even hunt other crabs, this is the first evidence of them hunting prey. 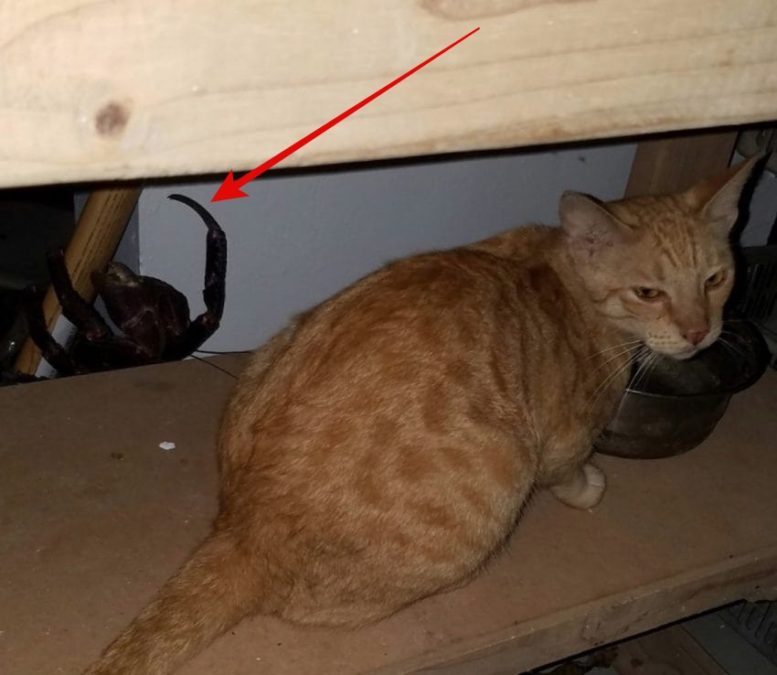 Besides being about as large as a cat, coconut crabs also have a very keen sense of smell, which helps them find their next meal.

This one likely smelled the cat food and made its way over before realizing the meal was taken. 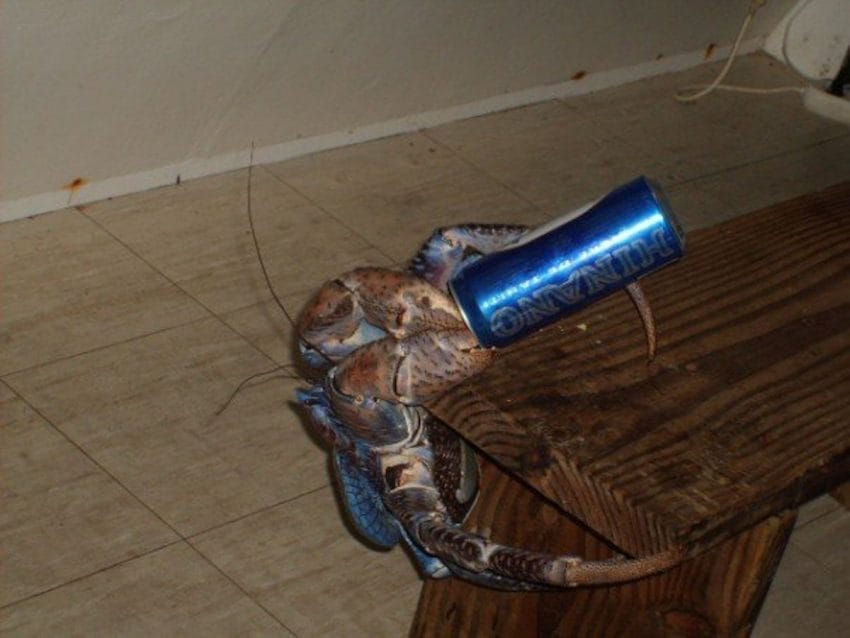 These crabs even sneak into houses to steal things and food, hence their nickname “robber crab.”

We’re all hoping that energy drink is empty and doesn’t make this fella morph into an even more giant crab. 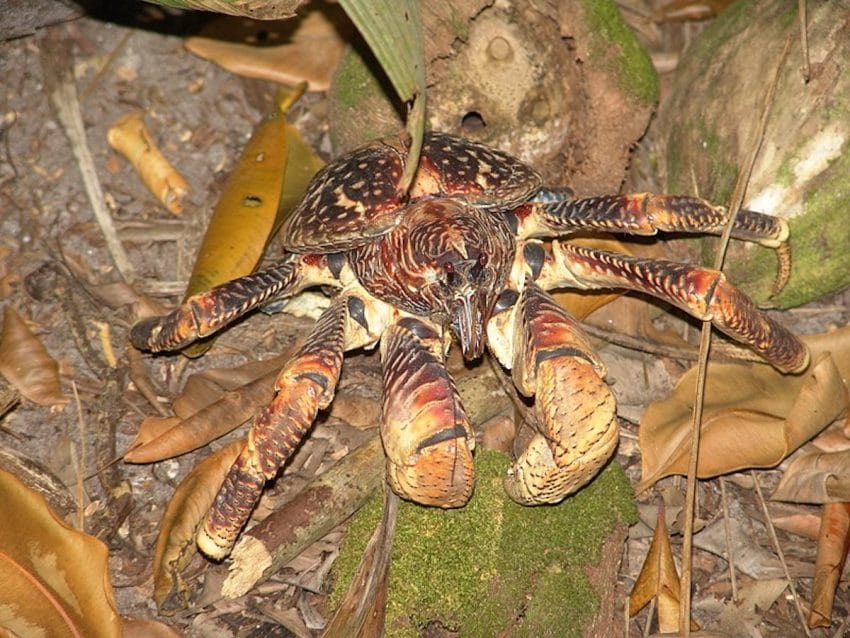 Be sure to SHARE this fascinating story with anyone you know who loves weird animals!