This is some incredible footage, that’s for sure.

In October 2018, an Australian photographer named Eamon Porter was commanding his drone off the coast of French Polynesia.

Eamon captured a mother humpback whale and her baby, who appeared to be just a few weeks old.

While his mother slept, the curious calf spotted a pair of divers who were nearby but keeping a safe distance.

The baby, however, decided to sneak away while he had the chance. He began swimming closer and closer to the divers to get a better look — then got so close that he flipped upside down and scooped up one of the divers using his pectoral fin… allowing her to float on his belly!

Are you kidding me?! 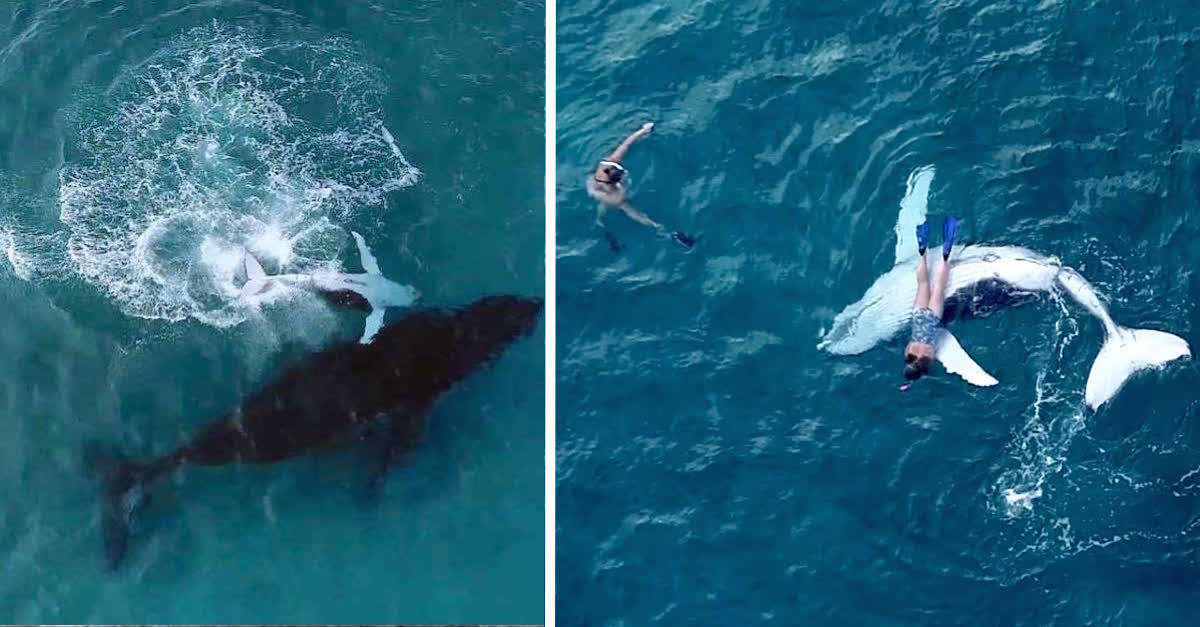 Thank goodness the encounter was peaceful and trouble-free; things could have taken a fatal turn if the diver was struck by the baby’s tail.

For a few brief moments, the baby whale and human experienced an unbelievable connection. Then, the baby swam off to return to his snoozing mom.

Watch the beautiful footage for yourself.