Wild Baboon Crouches Over Tiny Frog, But Can’t Figure Out If Green Creature Is Food Or Friend

Have you ever stumbled upon something so foreign to you that you have no idea what to do with it?

When this baboon was introduced to an unfamiliar animal, he had the best confused reaction.

In the video below, a bullfrog is sitting in the dirt, trying to attract a female with his mating call.

A hungry bird swoops in and picks up the frog, ready to indulge in a tasty meal.

Luckily, the bullfrog is able to puff his body up so that it won’t fit in the bird’s mouth. The bird gives up and the frog returns to the ground.

But he’s caught the eye of a curious baboon. He walks over, completely flummoxed by the frog. 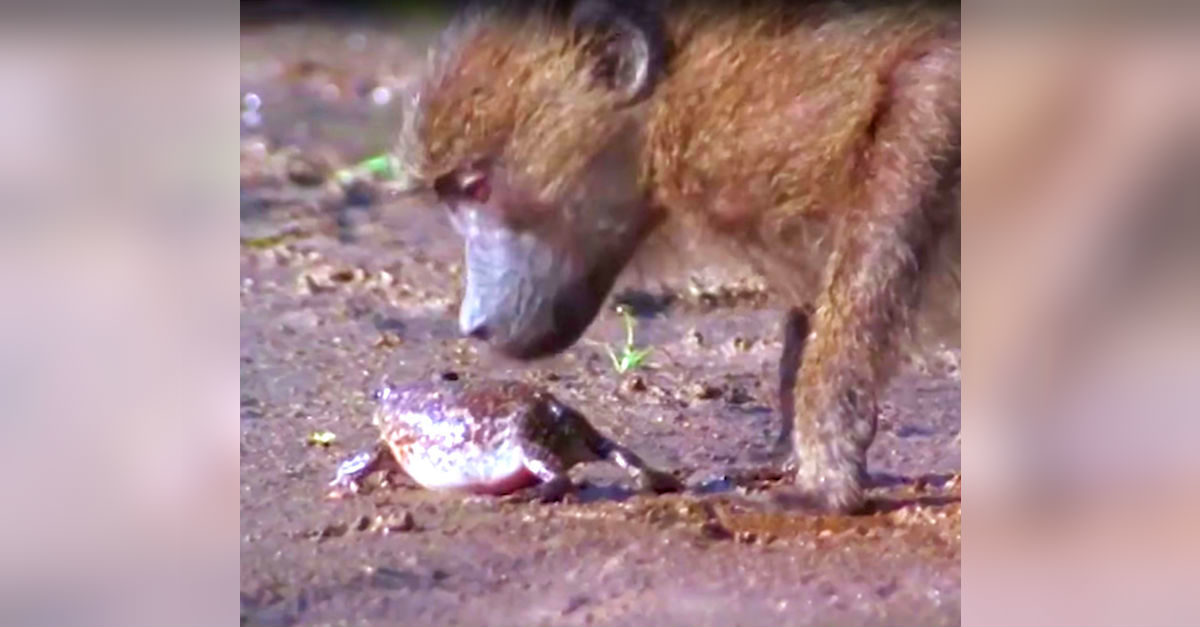 He has no idea what to make of the tiny creature. He pulls the amphibian up in the air, not realizing that he is saving the frog from his bird predator.

The baboon investigates further. He even licks the frog’s back.

He then quickly realizes he is neither food nor a toy. In the end, the confused baboon still doesn’t know what to make of his new friend.

So he simply flings the frog aside to safety.

Check out this baboon’s first encounter with a frog in the video below, and please SHARE if you think this was one funny meeting!