Many Dead, Thousands Displaced By Flooding After Massive Dam Collapses

A catastrophic dam collapse in Laos has flooded villages, and so far killed at least 20, while at least 100 people are still missing.

Laos has been nicknamed the “battery of Asia” for the many hydroelectric dams located along the rivers there, generating power for much of the continent’s southeast. One of the dams under construction in the Attapeu province collapsed on Monday, July 23, the BBC reports.

The resulting flash floods washed out several nearby villages, leaving an estimated 6,600 without homes. Those that remain have been clinging to roofs, stranded, and in desperate need of help. 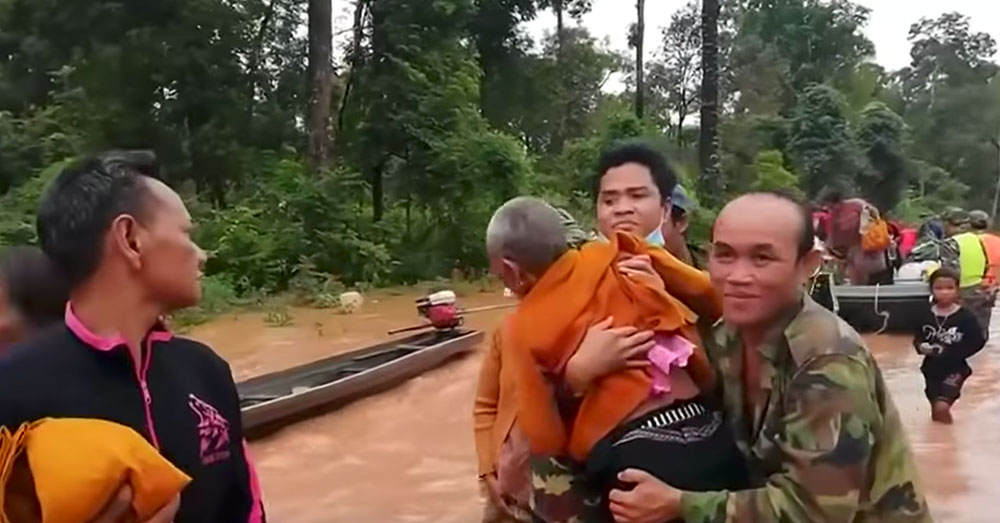 The collapsed dam, named “Saddle Dam D,” was intended act as an auxiliary to the main Xepian-Xe Nam Noy hydropower dam, and was being built through a partnership between companies from Laos, Thailand, and South Korea. Saddle Dam D was 26 ft wide, 2,500 ft long and 52 ft high before it collapsed.

According to the BBC, fractures in the dam were discovered a day before it burst open.

In a published release, Ratchaburi Electricity Generating Holding, the main Thai stakeholder in the dam, maintains that the structure was compromised by “continuous rainstorm[s]” that poured a “high volume of water to flow into the project’s reservoir.” Following the torrential rains, water “leaked to the downstream area and down to Xe-Pian River,” about 3 miles away. 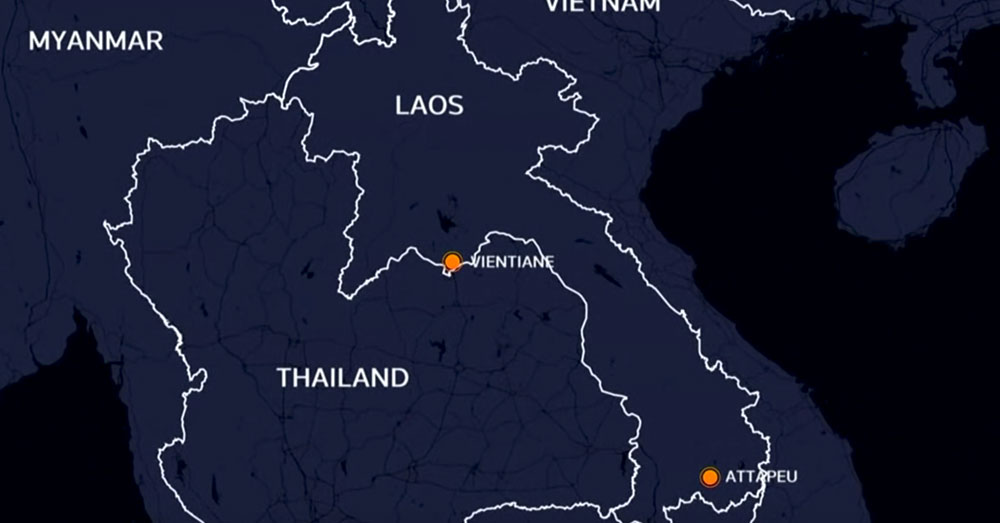 Source: YouTube/Straits Times
Laos is known as the “battery of Asia” for its the hydroelectric plants.

The Laotian government has provided boats to help evacuate people from the flooded Sai Sai district, where more than 1,300 families have been displaced. Stakeholders in the dam have initiated rescue efforts, as well.

“We are running an emergency team and planning to help evacuate and rescue residents in villages near the dam,” a SK Engineering & Construction spokesman told Reuters.

All 50 workers of the dam company and three from Korea Western Power Co. who were stationed at the construction site had been evacuated. 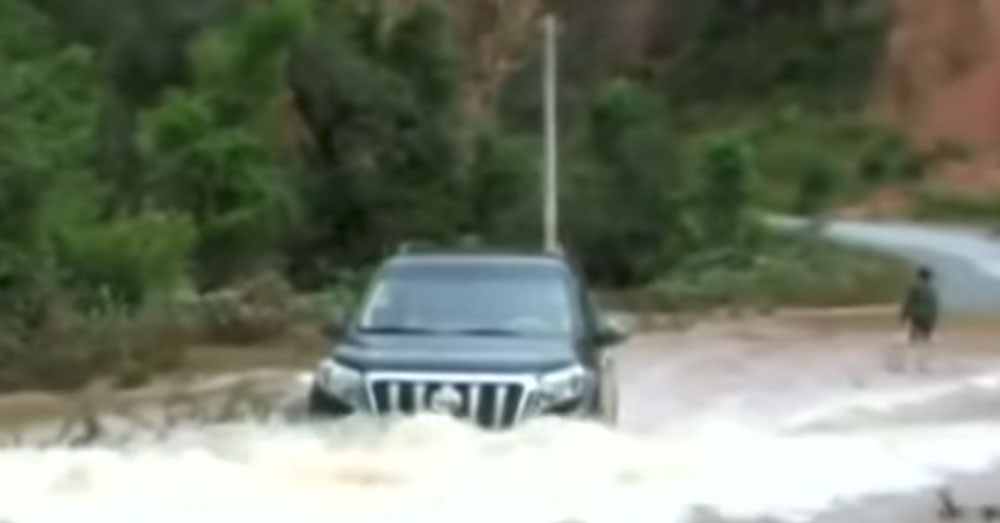 There are 10 main operational dams in Laos, Forbes reports, with another 10 to 20 under construction. Laos exports an estimated 90 percent of the energy it generates through hydropower plants. The increase in demand for power throughout Asia has fueled the country’s dam building, though safety measures are an obvious concern.

“We will continue with rescue efforts today, but it’s very difficult, the conditions are very difficult. Dozens of people are dead. It could be higher,” a senior government official, who declined to be identified, told Reuters. 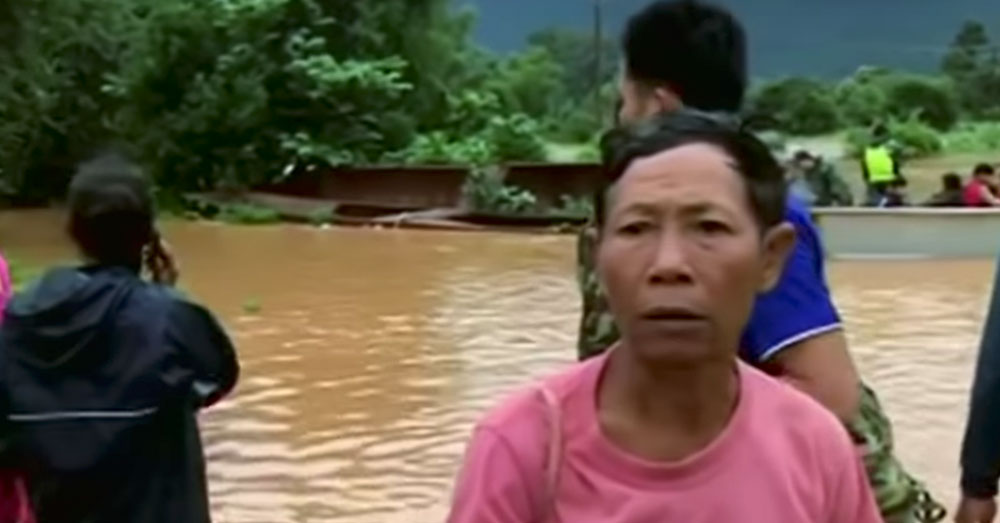 Source: YouTube/Straits Times
An estimated 1,300 families have been displaced by the flooding.

It may also be some time before the waters subside. The flooded area is remote, even by modern logistical standards.

“People don’t usually go in that area during the rainy season,” said Ian Baird, a professor of geography at the University of Wisconsin-Madison and a Laos expert. “There are mountains nearby that villagers might be able to get up on … I don’t think anybody really knows for sure.” 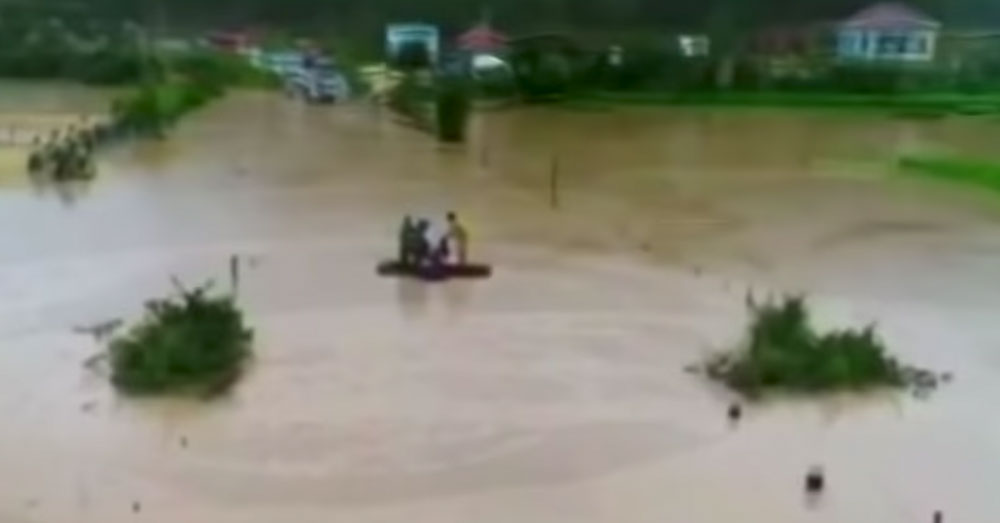 Source: YouTube/Straits Times
It’s unlikely the damages will be repaired until 2019.

Baird says the reservoir has been emptied by now, but it’s unlikely the damage will be repaired until the dry season, between October 2018 and April 2019.

Watch more in the video below.