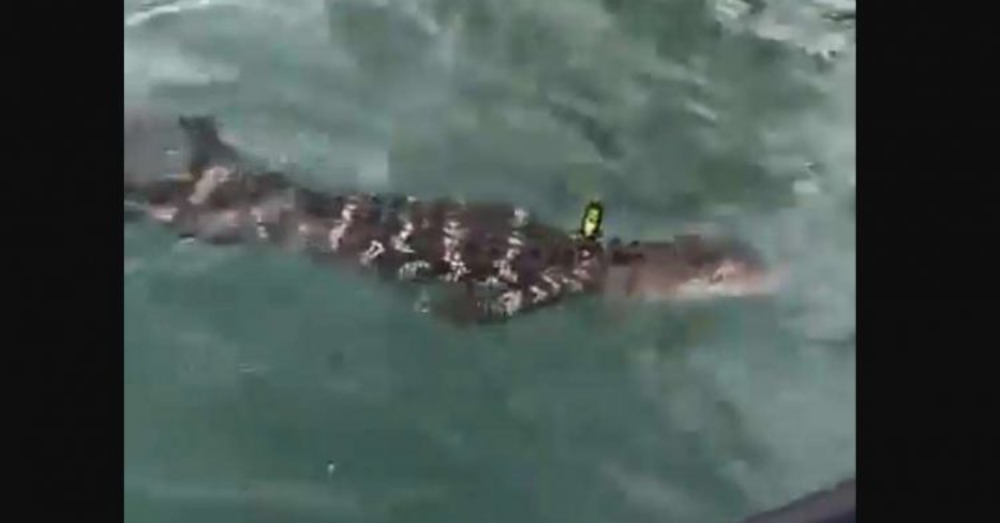 An Illinois man was kayaking in Lake Michigan when he spotted a strange object floating in the water. David Castaneda wasn’t entire sure what he was looking at at first – the critter looked like a dead salmon but also like a floating toy. Either would have been very unusual finds in these parts.

But it wasn’t until Castaneda got a little bit closer that he really started to think he was dreaming. “I was just in shock,” Castaneda told the Lake County News-Sun. “I wasn’t sure if it was a real alligator or a toy.” 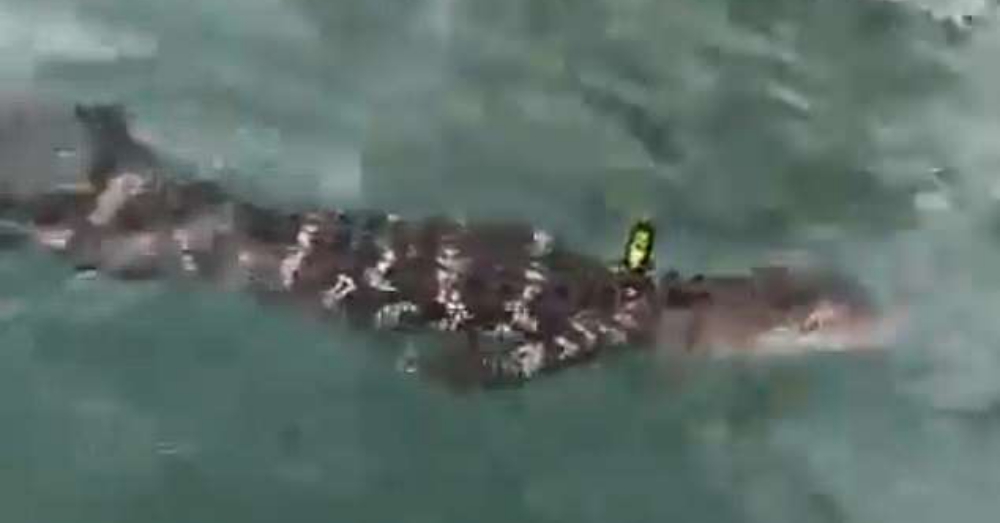 Regardless, Castaneda quickly realized he need to help the poor creature who found himself so far from home. “It was just so weird, something out of the ordinary,” he recalled. “It’s not supposed to be here so it’s not, it can’t defend itself and it had its mouth closed, so it was going to die if I left it there.”

Castaneda had already called for help, but knew it might be a while before animal control arrived. That’s when he decided to help the poor creature himself. 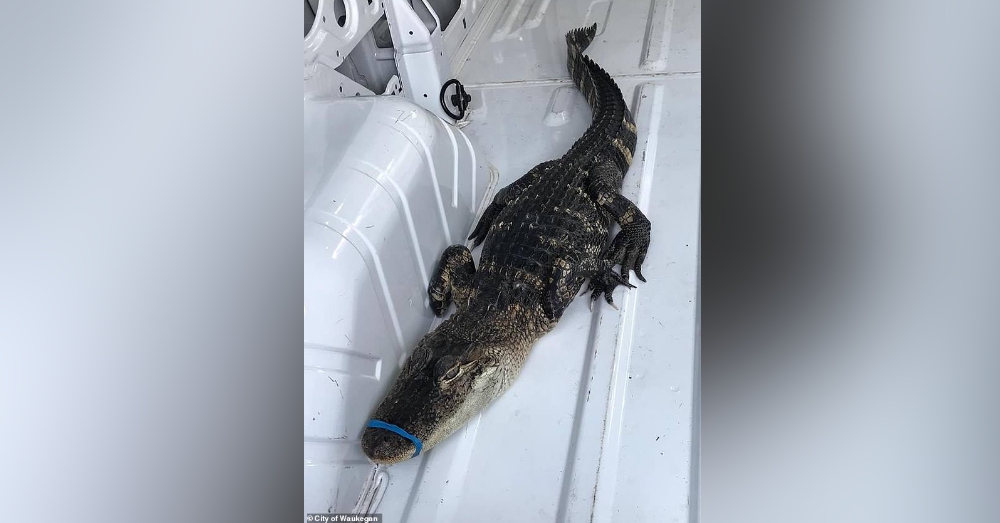 “So I just changed my lure to one that was more of a bigger hook and threw it over its back and it hooked on to the little scales that were on its back,” the kayaker/fisherman told ABC 7: “And I started pulling it slowly towards me so it wouldn’t freak out.”

When animal control officers finally arrived, they transported the distressed critter to the nearby Wildlife Discovery Center. There staff acknowledged the animal was in clear distress, but they also agreed it was better than letting it try to swim all alone in Lake Michigan. 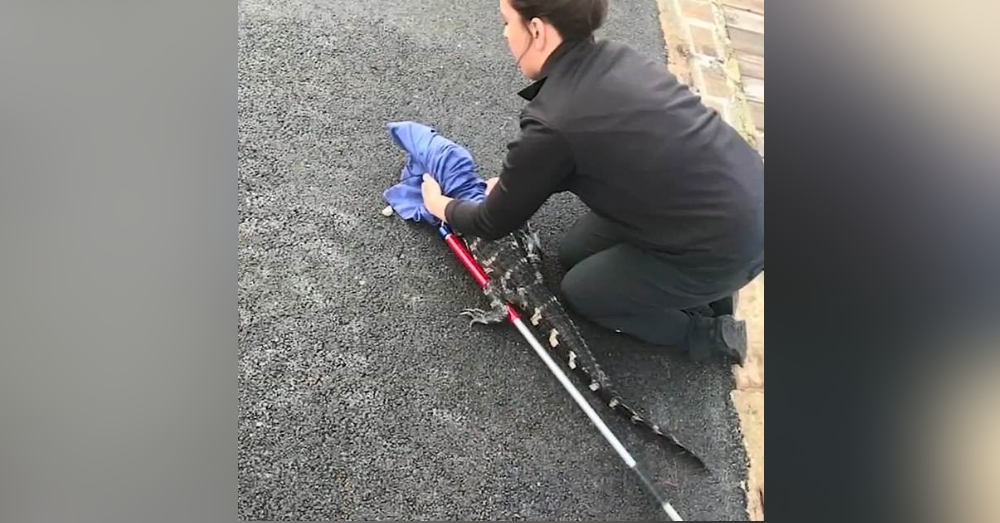 The center’s curator, Rob Carmichael, told local media that the team was trying to replicate the animal’s natural temperature and environment. “We’re going to know its real personality probably tomorrow because he’ll be in optimal heat, warm water and a normal alligator climate,” Carmichael reported.

The center’s curator, Rob Carmichael, told local media that the team was trying to replicate the animal’s natural temperature and environment. “We’re going to know its real personality probably tomorrow because he’ll be in optimal heat, warm water and a normal alligator climate,” Carmichael told ABC 7. 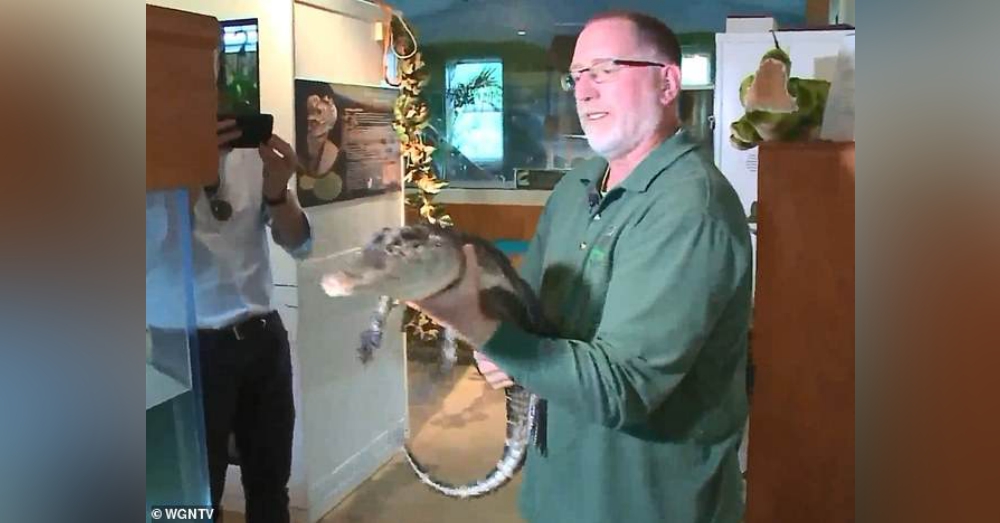 Because the alligator’s mouth was taped shut, officials believe the the animal’s owner probably dumped it into the water. Regardless, wildlife center staff noted the animal was “definitely on borrowed time,” especially as the frigid waters continued to move towards their annual winter freeze. 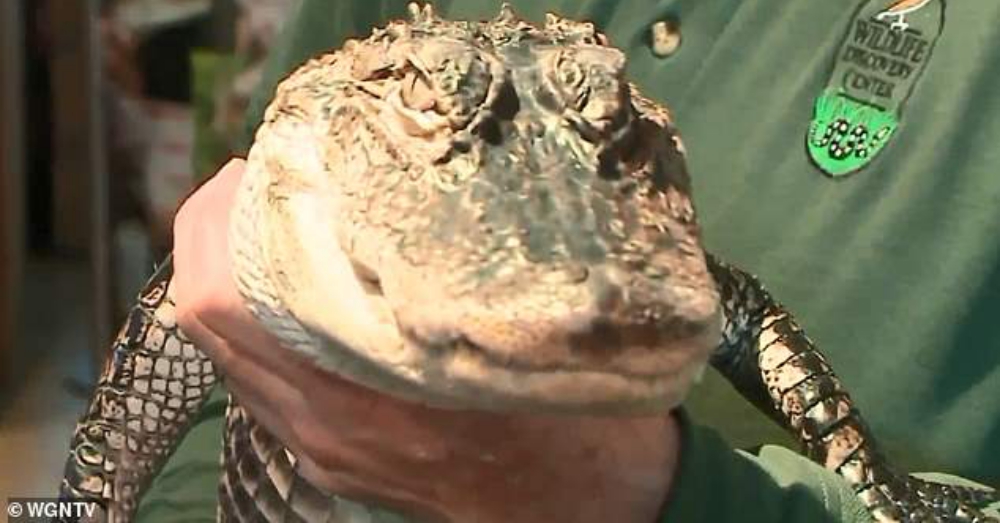 And while animal control is currently searching for the gator’s former owner, others are applauding Castaneda’s quick-thinking rescue. They helped save this poor gator’s life just in the nick of time!

Learn more about this incredible rescue story in the video below!