It’s official: El Niño is finally over! The warm temperature oscillation, which in 2015 gave us some of the hottest months on record, has subsided enough for Pacific Ocean temperatures to return to normal. However, as oscillations are wont to do, current patterns seem to be heading toward the opposite end of the heat spectrum, as the Climate Prediction Center forecasts a 75 percent chance the chilly La Niña is on her way. 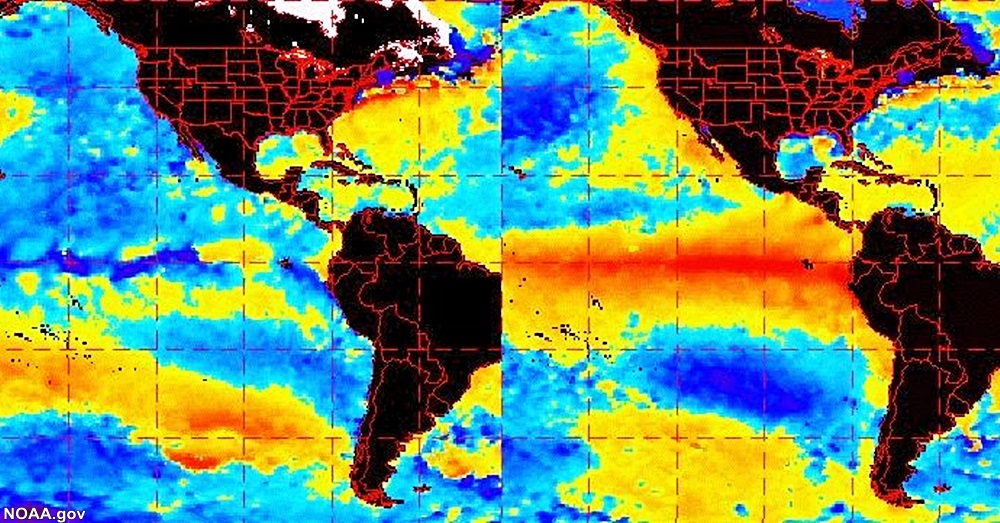 Both El Niño and La Niña are components of a natural phenomenon called the El Niño/Southern Oscillation (ENSO), representing an anomalously warm or cool (respectively) event at the equator in the Pacific Ocean. While the underlying cause remains a bit of a mystery, ENSO essentially constitutes the ever-changing relationship between ocean surface temperatures and the pressure gradients of air just above the surface.

During a La Niña event, ocean temperatures drop, strengthening trade winds, altering patterns in precipitation, and hitting the opposite climate extremes as El Niño. This means increased rainfall in northern Australia, Indonesia, and Malaysia, and less precipitation in North America around the equator, from southern California to Florida. Meanwhile, more northerly states may see increased rainfall, while lower latitudes can expect higher than average temperatures, and parts of Africa and South America may see wetter, cooler than normal weather.

While this might mean bad news for some land dwellers, ocean life may actually benefit from a La Niña event. As colder water reaches the ocean’s surface, it brings with it precious nutrients, which feed the phytoplankton that make up the foundation of the oceanic food chain. While El Niño has the opposite effect, La Niña may actually encourage feeding for countless fish species, and the mammals who prey on them.

While La Niña may help ocean animals survive, El Niño isn’t all bad either! See how El Niño can bring life to one of the hottest, driest sites in North America: Death Valley.