Surviving Koalas Seek Refuge From Bushfires On Riverbank In Australia

Bushfires have been blazing across Australia since September and have claimed the lives of over a billion animals. Countless koalas have been killed and their habitat lost to the spreading flames. As rescue organizations work tirelessly to save as many as possible, the surviving koalas are forced to find new homes.

Recently, all the stories about Australia have been about the devastation and rescue efforts, but one woman experienced a ‘feel good’ moment that she had to share with the world. 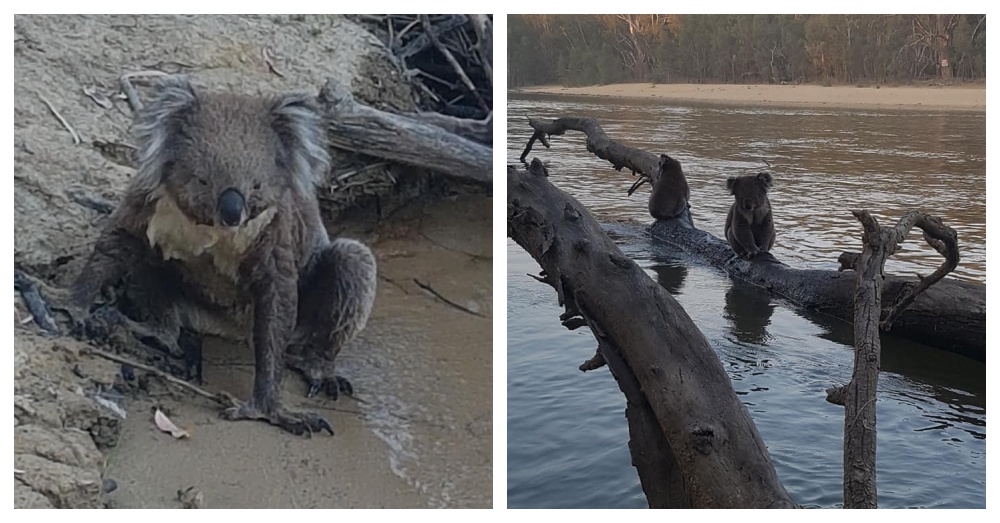 ‎Lorene McRae‎ went camping on the banks of the Murray River at Tocumwal over the holidays and was delighted to see koalas relaxing on the riverbank. She spent her time relaxing near the river among the koalas and watching them adapt to their new environment. 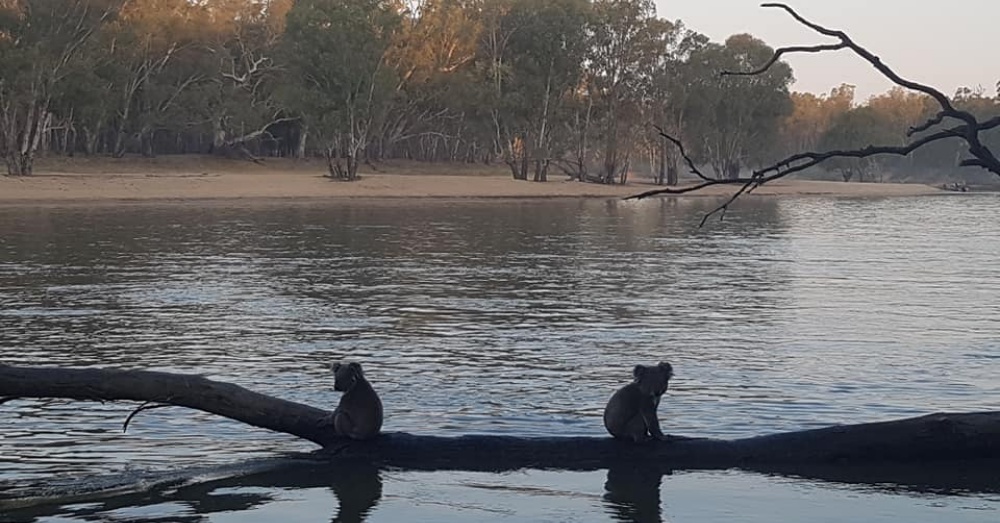 “I spent much time observing them and their adaptive behaviour to the heat. I didn’t realise koalas spent so much time out of the trees when necessary. Each day they climbed down the river banks at dawn to sit and sleep on the damp logs, on the sand or in the root systems of the fallen trees. Occasionally they would back up and put their bottoms in the water and go back to sleep,” she wrote. 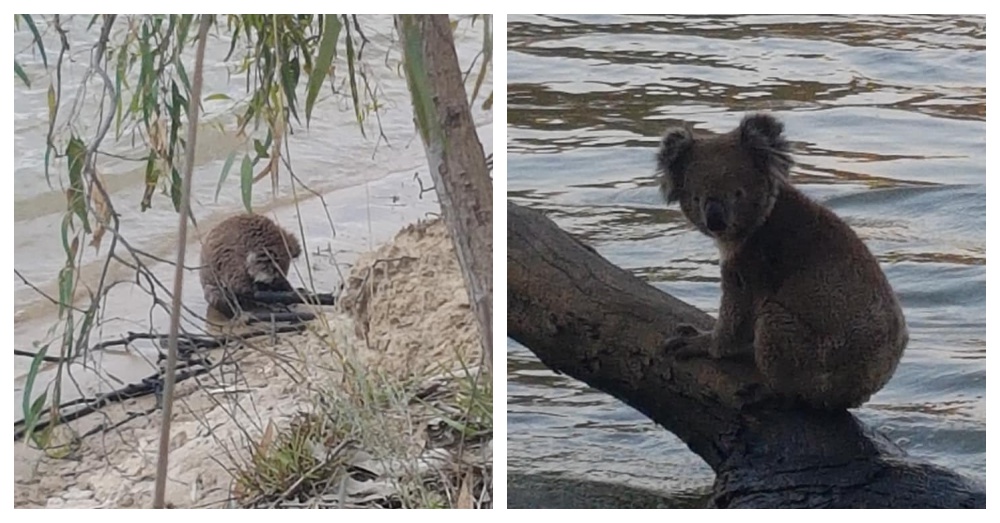 Since it is summer in Australia, many people were enjoying their time on their boats. The extra noise and motion caused by the passing boats did not seem to bother the koalas. They simply grasped the logs they were resting on and remained huddled in a ball. “At dusk they returned to the trees, and the process was repeated every day,” observed McRae. 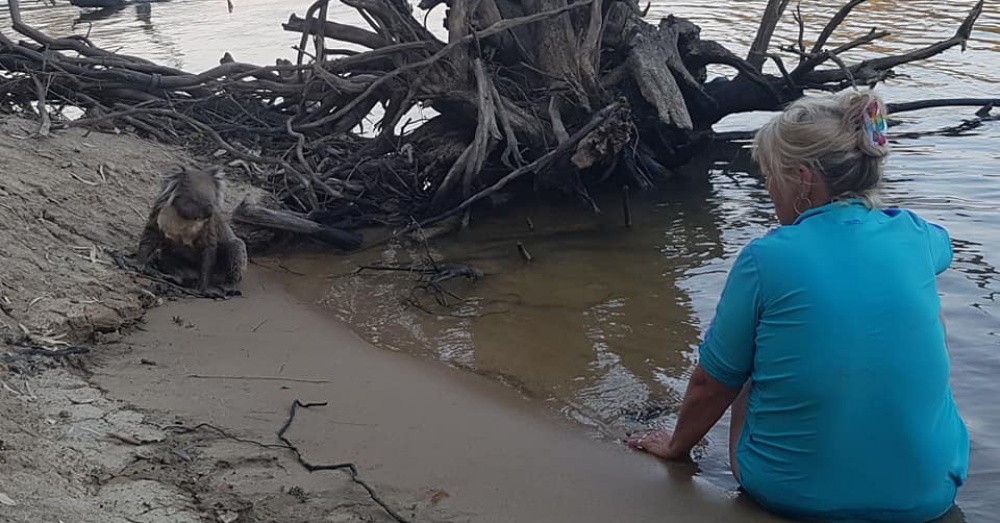 Every day, she would head to the river and so would the koalas. “I sat quietly in the water with one for a while and took hundreds of photos of all of them and they weren’t bothered at all. It was hard to believe these were wild animals and I feel so privileged to have experienced this.” 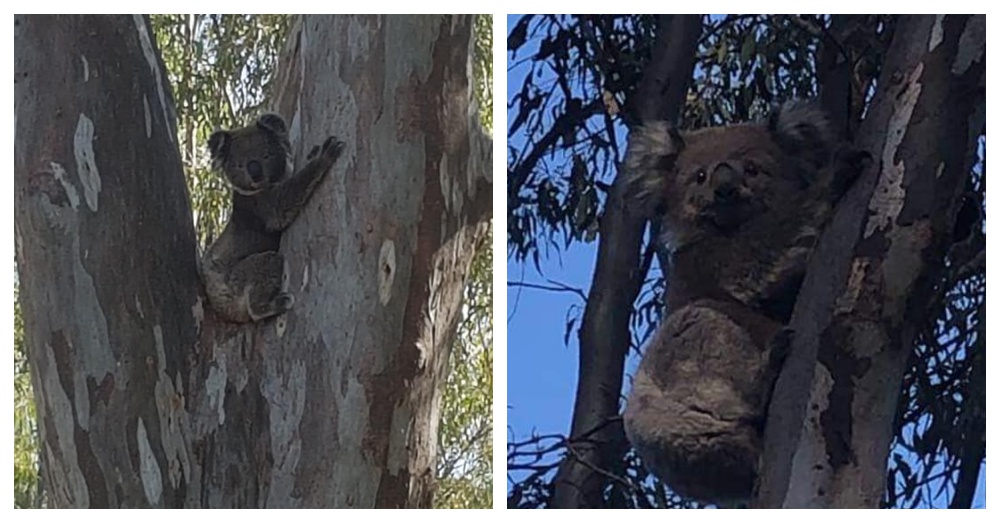 The cool water is a welcomed relief to the koalas that are running from the bushfires that are engulfing the continent. Millions of animals are still in danger, and in dire need of help. Click the button below to make a difference.