These Kissing Fish Really Need To Go And Get A Room

Have you ever encountered a couple in public who just can’t seem to get enough of one another? At first, it’s actually quite endearing, seeing how much two people can appreciate one another and show their affections without regard for the rest of the world. But after a while, they should probably find somewhere a little more private.

It turns out, that there are actually fish who do the same thing!

However, these particular kissing fish are “kissing” for a very different reason than to simply show each other how much love they share. 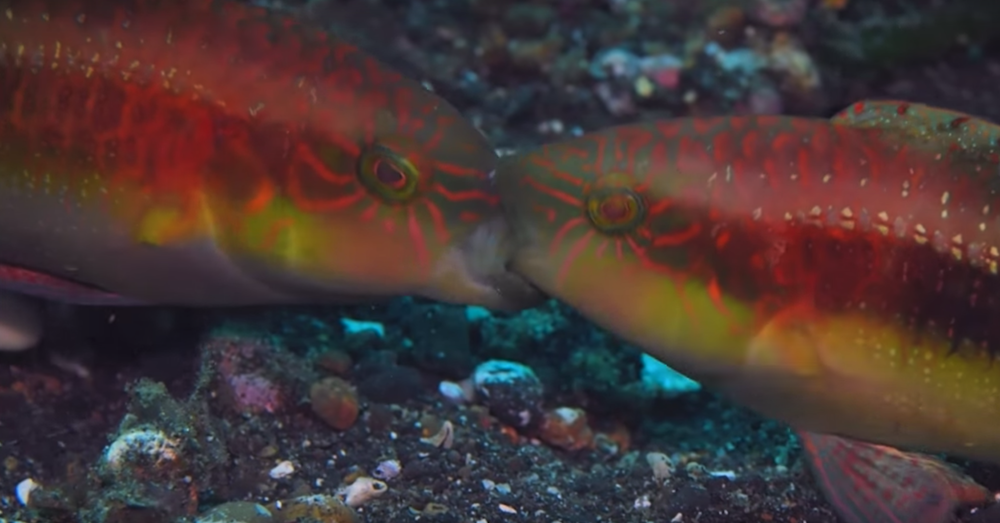 Spotted wrasses actually lock mouths with one another in a battle over who has claim to the territory that they both desire. Even though they look like they are very much in love and may be in need of a private room, they are really in a fierce battle to see which of them will be the new king of the castle.

Wrasses are fish that are incredibly diverse, with hundreds of different species. They are typically very small fish, with most of them less than eight inches long. They are also incredibly colorful fish with a very large variation in both color and markings. 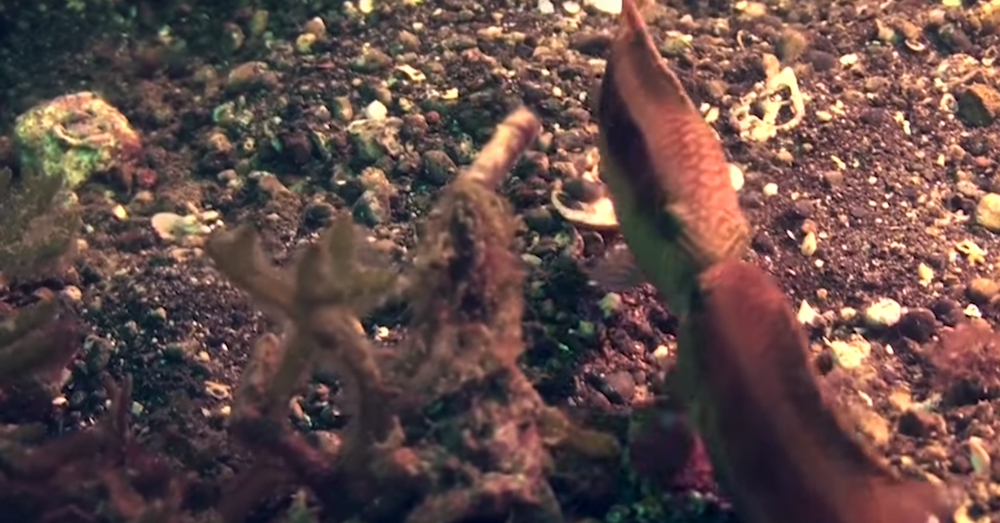 These gorgeous fish are also carnivores. They feed on a very wide range of invertebrates that they can find along the ocean floor, and they also have been known to follow in the trails of other fish schools to eat up the scraps that are left behind.

With wrasses having such a wide variety of species, they are found in many locations throughout the world, but for Japanese diver Atsushi Sadaki, he managed to film the incredibly fascinating video of the two spotted wrasses locking lips off the coast of Indonesia.

Even when watching the video, it is actually hard to believe that these two fish are in the midst of a fierce battle for territory, but sometimes the difference between love and war can be hard to distinguish, especially in the animal world.

Check out the amazing footage below!