White water kayaking can be a very exciting sport but it can also have its dangers. We sometimes think about the obvious when it comes to danger, but what about a stray deer that happens to get in your way? When Fabrizio “Gass” Capizzo was out for a day of fun on the Candigliano River near San Marino in Italy, it almost happened.

Fortunately, Capizzo was wearing a headcam and captured the entire scene. The small deer was struggling in the water and, at first, they thought that they would surround the deer on every side to catch it. The current was too swift, however, and the deer ended up panicking and getting out from in between them. That just caused further problems.

Fortunately, Capizzo was able to spin his kayak quickly and grabbed the deer before things got any worse. He held onto it in the water and towed it over to the shore. Two of them were able to pull the deer out of the water. After a suggestion that they carry it by its horns, they decide against it and one of the kayakers cradles the deer in his arms. 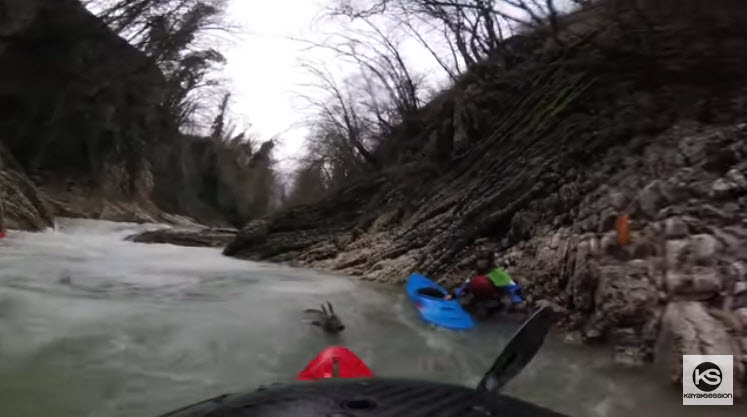 It took some time to warm the deer enough so that it could stand but it seemed to work well, as it got away under its own power. You can see it for yourself in the following video: