Australia has seen some devastating brushfires in recent months and the world is seeing more and more heartbreaking pictures from the area. Not only are people affected by those fires but the pictures show the impact it has had on the wildlife as well.

Some of the recent pictures show a badly burnt young kangaroo in New South Wales. The kangaroo is looking for help from a teen, who gave him a good dousing of water and something to drink.

When you consider all of the problems the area is facing, this kangaroo got off lightly.

Ecologists from the University of Sydney gave an estimate earlier this week of how many animals have died. According to their estimates, 480 million mammals, birds, and reptiles have lost their lives as a result of bushfires since September.

Dr. Kellie Leigh, executive director for science for wildlife told the New South Wales upper house inquiry: “We’re getting a lot of lessons out of this and it’s just showing how unprepared we are.

“There’s no procedures or protocols in place – even wildlife carers don’t have protocols for when they can go in after fire.”

Kangaroos, koalas, wallabies, possums, wombats, and echidnas are among some of the species that were affected in Australia. The hardest hit, however, is koalas. It is thought that as many as 30% of just one koala colony on the northeast coast of Australia may have been lost.

Professor of conservation biology at the University of Sydney Mike Letnic told the Sydney Morning Herald: “With the climate being so dry at the moment, and the intensity of these fires, wet gully areas and so on that normally escape the worst of it has been burnt.

“Animals that typically survive in these patches that don’t burn can recolonise from these refuges, but there may be too few pathways to allow for effective recolonisation. It will depend on how many refugees are left.” 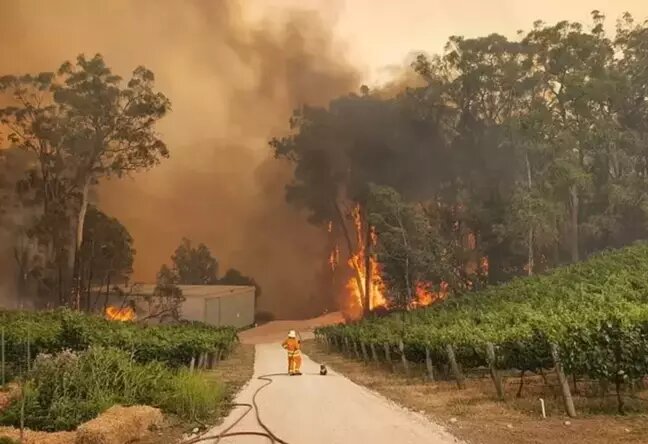 Humans are also suffering. A report from authorities confirmed that two people lost their lives on Kangaroo Island after their vehicle was overcome by flames. That brings the death toll from the current fires to 23. In regions across Victoria and New South Wales, an additional 6 people are missing.

1,500 homes have already been destroyed by the fires as hundreds of thousands of people have been evacuated across Australia.

The damage has been compared to an ‘atomic bomb’ by New South Wales Transport Minister, Andrew Constance.

Speaking to ABC, he said: “I’ve got to be honest with you, this isn’t a bushfire, it’s an atomic bomb.