The Canadian City of Kitchener is putting one species of amphibian at the top of their priority list — officials have closed down a portion of Stauffer Drive so that a colony of Jefferson salamanders may safely cross.

As Ontario’s Jefferson salamander populations continue to decline, traffic seems to be their major obstacle. Salamanders aren’t very fast, and it can take them a while to simply cross a street. However, this is the fourth year that the city has blocked off this integral section of the salamander’s habitat, and it seems to help.

The Jefferson salamander, which is protected under Ontario’s Endangered Species Act, crosses Stauffer Drive each spring to get to the ponds on the other side that form from melted snow. Once they make it to the other side, the salamanders use the temporary pools as a mating ground.

The road will re-open May 1, which should give the salamanders plenty of time to meander to their seasonal home.

Have a look at some Jefferson salamanders that just woke up from their winter slumber:

And check out some other ways that people are helping animals cross the street! 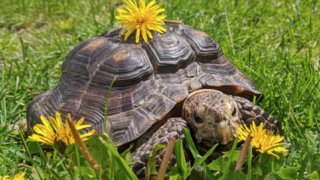