The future of elephant poaching may finally see its end this year. As proof of this forecast, Kenyan President Uluru Kenyatta, Ugandan President Yoweri Museveni, and Gabon's President Ali Bongo recently observed the burning of 105 tons of elephant ivory and rhino horn harvested by poachers, the largest ivory burn in history.

“To lose our elephants would be to lose a key part of the heritage that we hold in trust. Quite simply, we will not allow it,” Kenyatta said. “We will not be the Africans who stood by as we lost our elephants.”

This ivory burn pre-empts the Convention on International Trade in Endangered Species (CITES) meeting scheduled later this year, in Johannesburg, although Kenyatta intends to seek a total ban on the sale of ivory at the meeting. The CITES conference has been successful in banning the trade of tigers as well as other Asian big cat species since its formation in 1975. Kenyatta wants to see those same protections extended to elephants

CITES Secretary-General John E. Scanlon was invited to the ivory burn and attended, as he has done with similar events in China, in the Czech Republic and in Colombo, Sri Lanka. In just the last three years, elephant ivory and rhino horns have been seized and destroyed in Belgium, Cameroon, Chad, China (including Hong Kong SAR), Czech Republic, Ethiopia, Gabon, France, Italy, Kenya, Malawi, Malaysia, Mozambique, Philippines, the Republic of Congo, Sri Lanka, the United Arab Emirates and the United States.

While Scanlon attends these events in apparent support, he clarified that he has no jurisdiction over the way countries choose to destroy their confiscated ivory, but that bringing attention to the destruction caused by poaching is more important.

“As Secretary-General, I do not encourage or discourage countries to choose one option or the other. This is a matter for each country to determine for itself,” Scanlon said in a CITES release. “However, when a country takes a decision to publicly destroy its confiscated stockpiles of elephant ivory or rhino horn, I do believe it presents a unique opportunity to draw public attention to the scale, nature and devastating impacts of the serious crimes that lie behind these confiscations and to act as a deterrent to illegal trade – and that is why I have participated in such events where I can.” 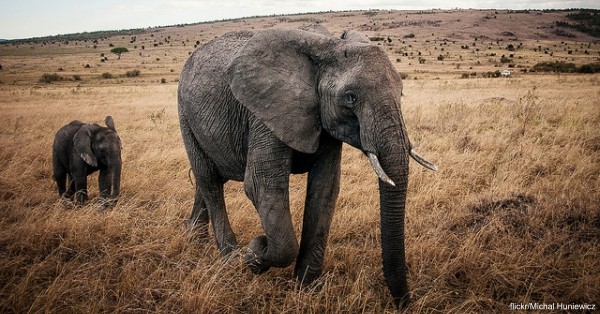 Kenya Wildlife Service (KWS) Chairman Richard Leakey, who was also present at the ivory burning, recalled when former Ugandan President Daniel wrap Moi held a similar event in 1989 to bring an end to poaching. It brought the price of ivory down from 300 US Dollars a kilogram to about $5, Leaky said. Following this, CITES allowed the “experimental” sale of stockpiled ivory, but poaching activity rose once more, higher than levels in previous years. 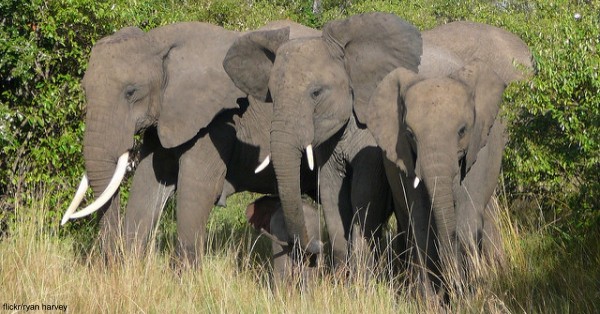 Scanlon understands that the ivory burning is not enough to stop poachers, but it does raise awareness, and with a concerted global effort is a step in the right direction.

“This has provided an opportunity to reach a huge audience, from global to local, and to raise awareness of the scale and impacts of illegal wildlife trade and of the increasing risks to the criminals who are behind it of being detected and severely punished, including through the use of modern forensics. The ivory burn in Nairobi will provide another opportunity to spread this message to a very wide audience,” Scanlon said. “While the destruction of confiscated elephant ivory or rhino horn will not in itself stop the illegal trade in elephant ivory or rhino horn, when coupled with rigorous and consistent enforcement and demand reduction measures, it can serve as a deterrent to people from engaging in these illicit activities.”

After facing decimation in the 1980s, a global ban on ivory sales barely saved Africa's elephants from extinction. 2011 and 2012 were especially lethal years for elephants, smashing previous records for illegal ivory seizures, typically captured en route to China. The trend shows no sign of slowing, but you can help by petitioning the Chinese Ambassador to the United States to help reverse this bloody path towards extinction.