Stranded Manatees Rescued In The Wake Of Irma Destruction

Hurricane Irma has been rampaging through most of southern Florida, leaving debilitating destruction in its wake for both humans and animals alike. But sometimes the midst of disaster is when humans are capable of showing how much we can band together in times of need.

A group of Florida residents found themselves getting a little “stir crazy” after being trapped indoors by the howling winds and torrential rain, causing them to venture out and see what kind of damage Irma had done.

They decided to go check out the bay at the end of Whitfield Ave. in Manatee County, Florida, and they ended up finding the area that was normally covered in water was now just a muddy mess for hundreds of yards; and in the middle of that mess were two stranded manatees who couldn’t make their way back to the receding water. 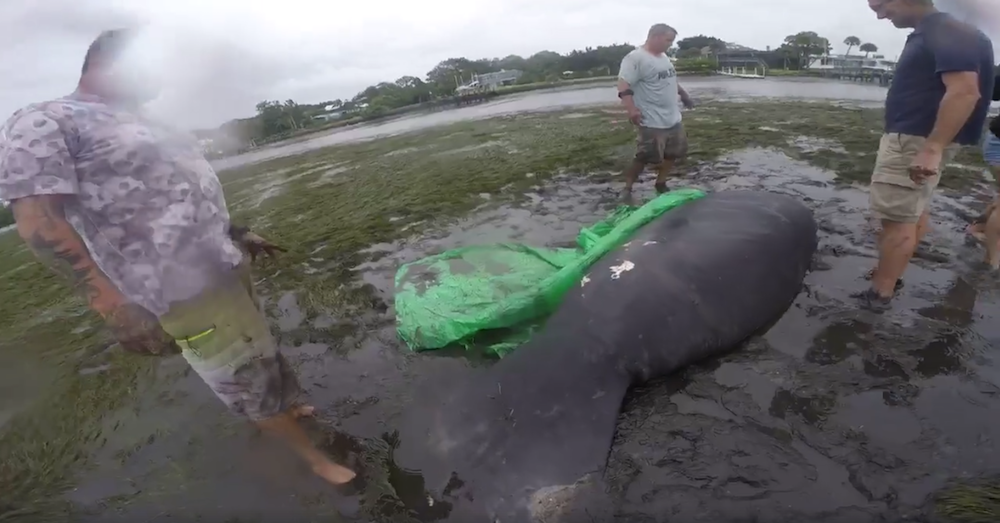 With so much water being sucked back out into the ocean to feed the massive hurricane, a lot of shorelines found themselves completely bare.

“We had to do something about it,” local resident Tony Faradini-Campos said. “We couldn’t just let those manatees die out there. We shared the pictures on social media and it just blew up.”

The group attempted to move the manatees on their own, but with only a handful of people, they realized it would be too difficult to budge the 650 pound animals.

Eventually contact was made with two Manatee County sheriff deputies, along with some officials from the Florida Fish and Wildlife Service to help out with the rescue. 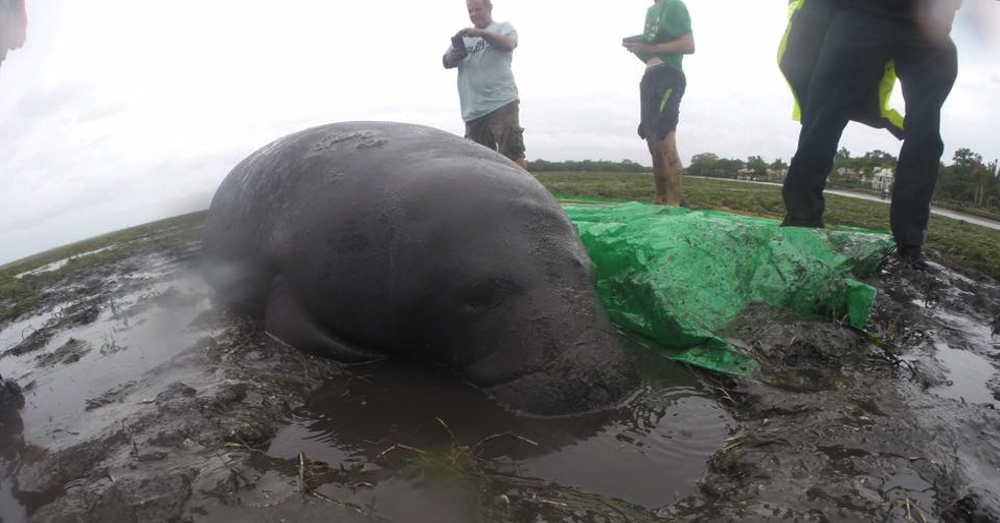 With a sufficient number of helpers, both manatees were rolled onto two separate tarps and then dragged all the way back to the water, where they were able to swim away under their own power.

As Irma continues to pound away at Florida residents, it is times like these that people can make the greatest impact on both their human and animal neighbors.

To help the people in need, you can click the button below, on your way to watching the amazing rescue of two of Florida’s most cherished animals.