With a camera set up and their guitars in hand, Shawn James and his friend Baker were hoping to shoot a new video for their experimental music. They wound up getting plenty more than they prepared for, and a great video in the end!

James and Baker performed a cover of A.A. Bondy’s “American Hearts” in a wolf sanctuary near Ft. Collins, Colorado. They expected to find at least a few wolves for their backing “band,” but after a few bars, the whole pack joined in. The wolves even howled along with the song.
The whole experience was unforgettable for everyone involved!

“When all the wolves join in, I get goosebumps!” James admits. 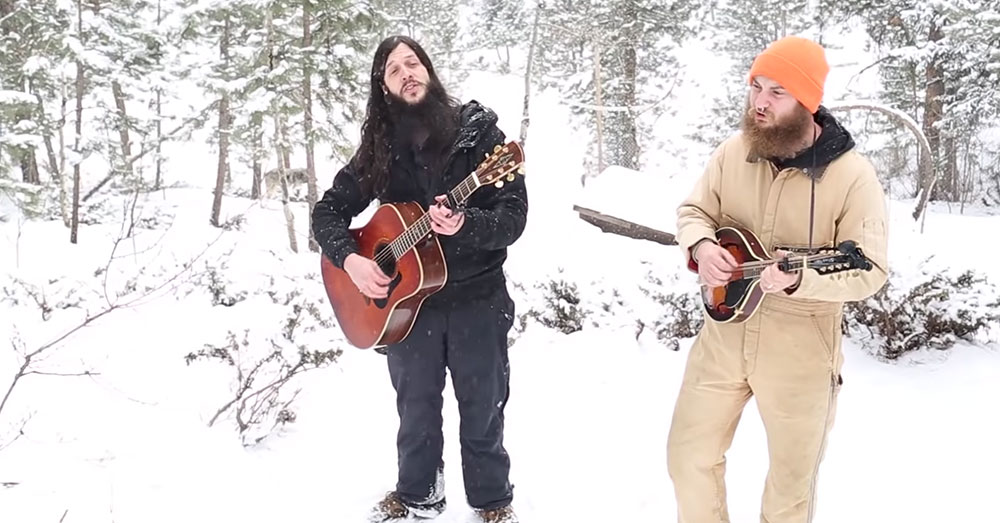 Source: InspireMore
Shawn James and his friend Baker perform while wolves gather in the background.

Fairy tales and fables aside, few stories even come close to this real life man and animal connection. You think you’ve seen it all, and then a pack of wolves comes along…

See for yourself in the video below, and share with your friends!