The first job of a police officer is to protect and serve the citizens in their communities. They also do a lot for animals,

Greenbelt, Maryland, residents Carolyn B. R. Hammett and her husband Kevin were driving down the road on a stormy day when they saw something unusual in the road. A police officer was standing in the pouring rain.

The rain was coming down in buckets, and she still had a grin on her face. 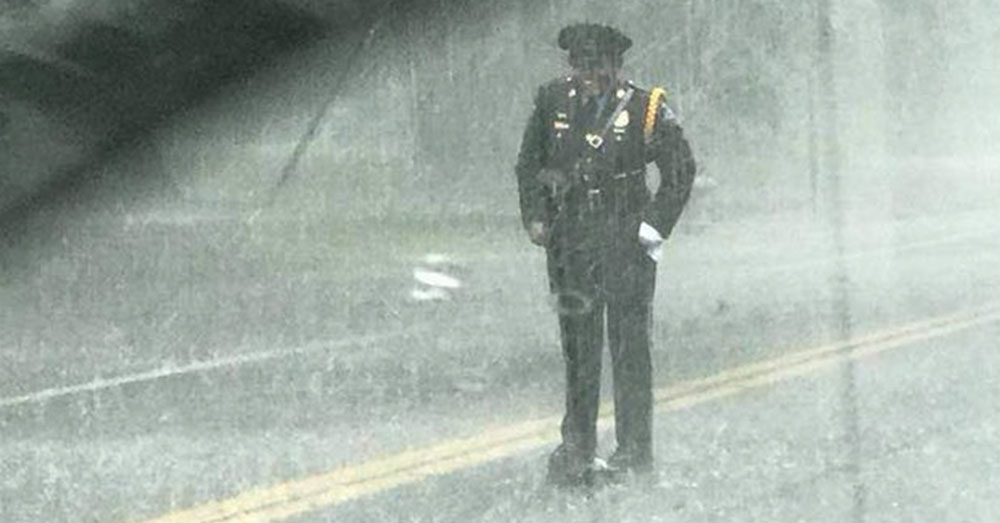 Source: InspireMore
An officer stands in the rain, grinning.

The Hammetts pulled over, thinking the road ahead might be flooded. Actually, Officer Hawkins-Graham was headed home from a special police event when she saw a situation that required her help.

“As we got closer, we realized that she was standing over something,” Carolyn told the Dodo.

It turned out to be a very large snapping turtle. 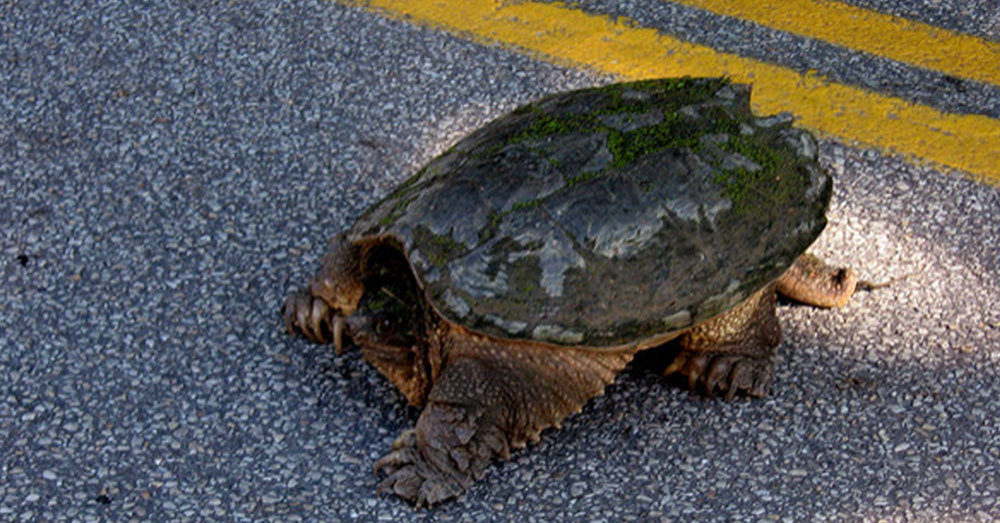 Snapping turtles aren’t anything you want to put your fingers near. Get a little too close and it could be the last you ever see of them. Still, Hawkins-Graham knew she had to help. She had already called animal control, but in the meantime, she was determined to keep the snapping turtle safe from oncoming traffic in the pouring rain.

The Hammett family was moved by her selfless act, and decided to help her out. Carolyn’s daughter Honora took a picture of the officer standing in the rain, while Kevin immediately searched around in the car for an umbrella. 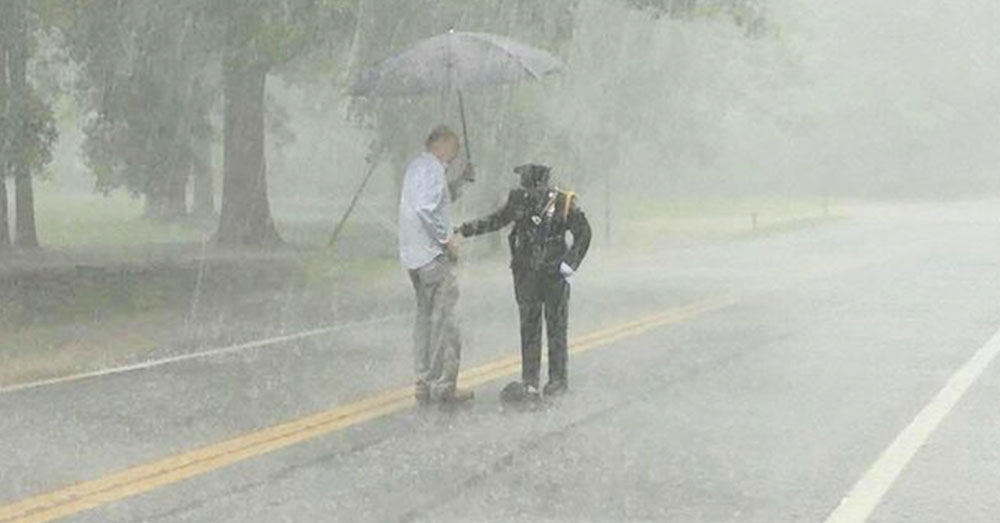 “The officer thanked us and we thanked her and we all went on our way,” Hammett said. “She was smiling a big broad smile the entire time and she never seemed to care that she was drenched completely through. She was delightful, inspirational, kind, all the things that you think a police officer should be.” 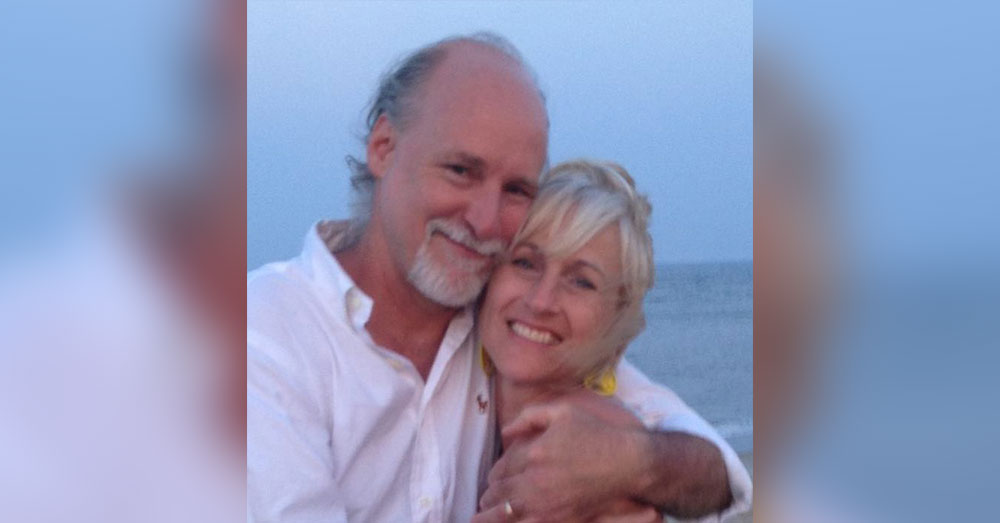 Soon after Carolyn posted the unbelievable story online, it started to spread around the web. So many have been blown away by how sweet and selfless Hawkins-Graham is.
Officials in the City of Greenbelt agreed. They even named Officer Hawkins-Graham their Officer of the Year. 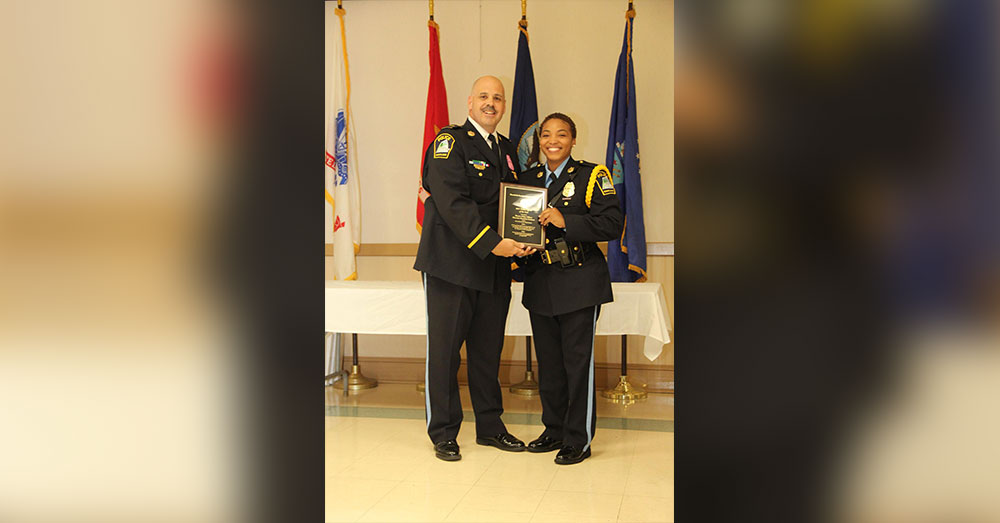 Source: InspireMore
Officer Hawkins-Graham was named officer of the year.

This officer went out of her way to care for some of the most overlooked residents of Greenbelt. She is a role model to us all!

If you agree, share her story with your friends, and say “thank you” to Officer Hawkins-Graham!