Man Uses Boat To Fight Fire On Shore & His Crazy Stunt Has Everyone In Awe.

When a fire breaks out on the water, and first responders aren’t available, you better hope Koyne Watson is.

Last summer, Watson and his fiancée, Tasha Hunt, were cruising down the South Thompson River near Kamloops, British Columbia, when they noticed the telltale signs of an uncontrolled flame.

Something on the riverbank was on fire.

Watson didn’t have a fire hose, but he did have the next best thing, a 1,000-horsepower speed boat. Without a moment’s hesitation, he opened up the throttle and went to work. 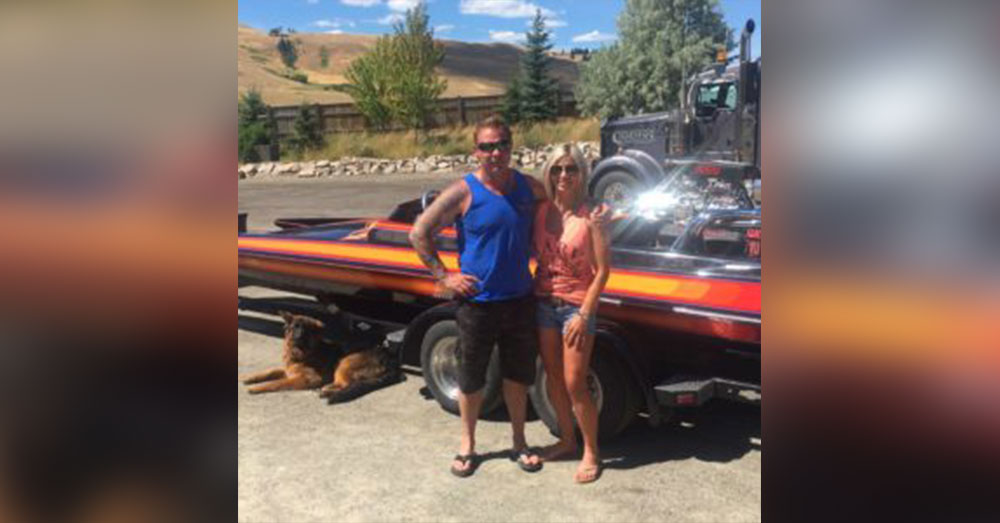 It may have seemed to those near shore that Watson was just trying to get a better look, but his quick thinking actually saved the day. Massive rooster tails or water shooting behind his craft helped keep the fire down until firefighters could take over.

“I went along the bank trying to see how far and how big the bank was and when I looked up and it was fairly high, probably 20 or 30 feet. I told Tasha to hang on and thought maybe I could hit it if I kind of shoot around a log that was sticking out of the water.

I went by for a shot and had a look at it… and asked Tasha how we did and she said we hit it, so we just kept doing the loops around as I shot and she directed me.” 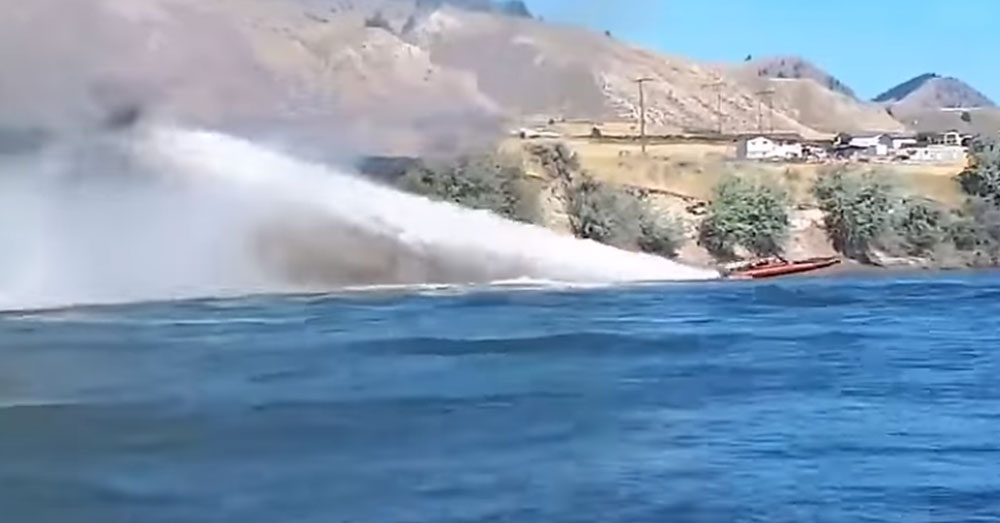 While Watson was “fighting” the fire, his fiancée was holding on for dear life.

“Oh my gosh, pure adrenaline,” she said. “Like, I was shaking. That boat has so much horsepower I was just focused on staying on the boat.”

“He took a pass at it and he hit the flames. The flames started to kind of go down, so he kept going and doing pass after pass until the fire trucks came.

“He’s putting it out, literally!” yelled the onlooker who captured the video.

Watson was hailed as a hero by at least one who saw the event unfold first hand, and many more after the footage was posted online. His actions were praised by the many other boaters out for a late summer pleasure cruise, and duly noted by the firefighters who arrived shortly after, to take over.

“He put his hands through his hair and he looked like, holy crow,” Tasha said. 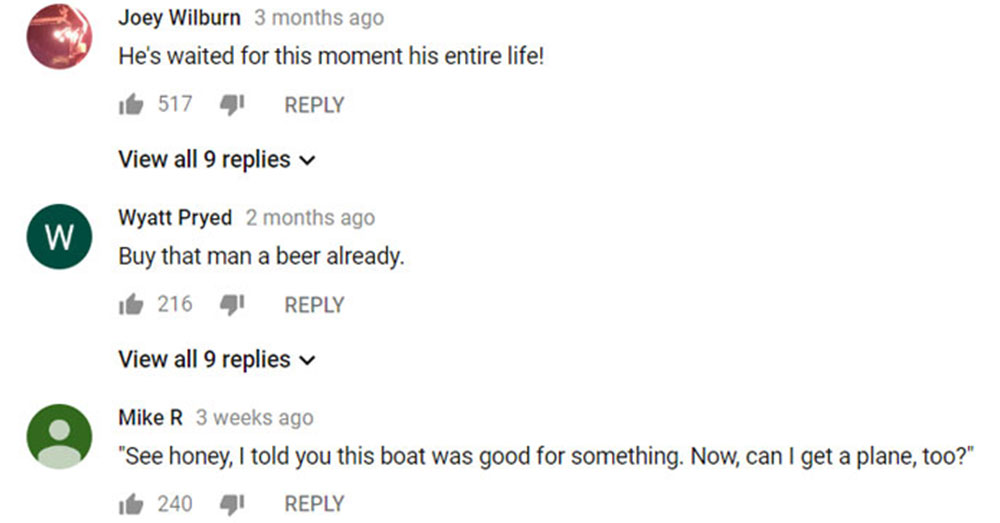 Thanks to Watson, the firemen had no problem snuffing out the flames then they arrived. Watch the incredible footage below, share it with your friends and thank Watson for helping to save the day!