Orphaned Hippo Was Stuck In A Mud Pit, Her Rescue Story Is Inspiring

A small orphaned hippo is now living a comfortable life after being trapped in a mud pit on the north coast of Kenya.

People flying over the area happened to spot the animal in trouble and called members from the David Sheldrick Wildlife Trust and the Kenya Wildlife Services. David Sheldrick has been rescuing animals since 1999, just like this zebra. DSWT wrote, “It was quite obviously bogged in mud and was surrounded by flapping catfish in the drying mud hole and it was evident that, without intervention, it was going to die.”

The area where ‘Humpty’ was trapped was in a remote area where the only transportation was by plane or helicopter. Rescuers ended up securing Humpty and wrapping her in a blanket to be flown back to DSWT orphanage for baby animals in need. Humpty is now being hand-raised by the keepers at DSWT and is actually their first hippo orphan.

Dehydration seems to be a thing of the past now, by the looks of Humpty drinking from her bottle. 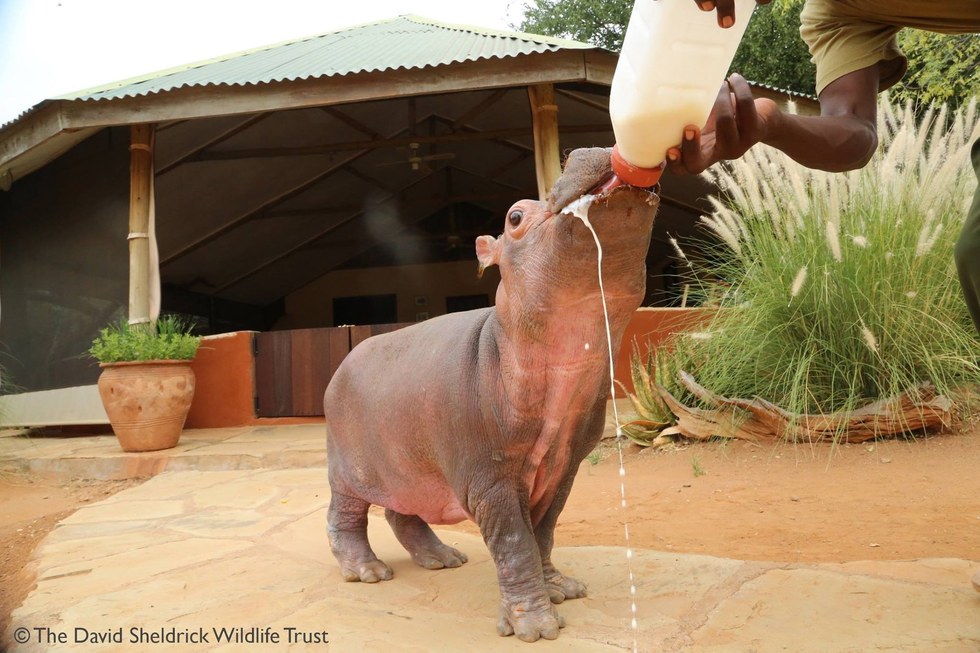 Keepers built Humpty her own pool, but when she’s not swimming in the pool, she’s eating and sleeping by it. This hippo was in desperate need of help and thanks to many, is now safe and living quite comfortably.