If you don’t think climate change is a big deal, think again. The National Oceanic and Atmospheric Administration has confirmed that this January has been the hottest one in recorded history!

That’s a little scary, not going to lie.

The January temperatures of both land and ocean surfaces were the highest they have ever been in NOAA’s 141 years of climate records – it even surpassed the 20th century’s 53.6 degrees Fahrenheit average, by a whole 2.05 degrees Fahrenheit! This is solid evidence that the unsettling trend of rising temperatures and breaking records is a continuing steady growth since 2016.

Of the 1,681 months of the climate record, only March 2016, February 2016 and December 2015 each had a greater temperature departure from avg than #January 2020: @NOAANCEIclimate https://t.co/Y88Yf1yBud #StateOfClimate pic.twitter.com/B0Qry73kET

Russia and Scandinavia along with the eastern portion of Canada had some of the most dramatic warm weather conditions in January – something very unusual for that part of the world during that particular time of year. On the other hand, Alaska and Western Canada both reported cooler than normal temperatures.

Added to this is the fact that the Arctic glaciers are disappearing at a rapid rate. A research station in Antarctica has reported that the temperatures in Antarctica had reached 64 degrees Fahrenheit. 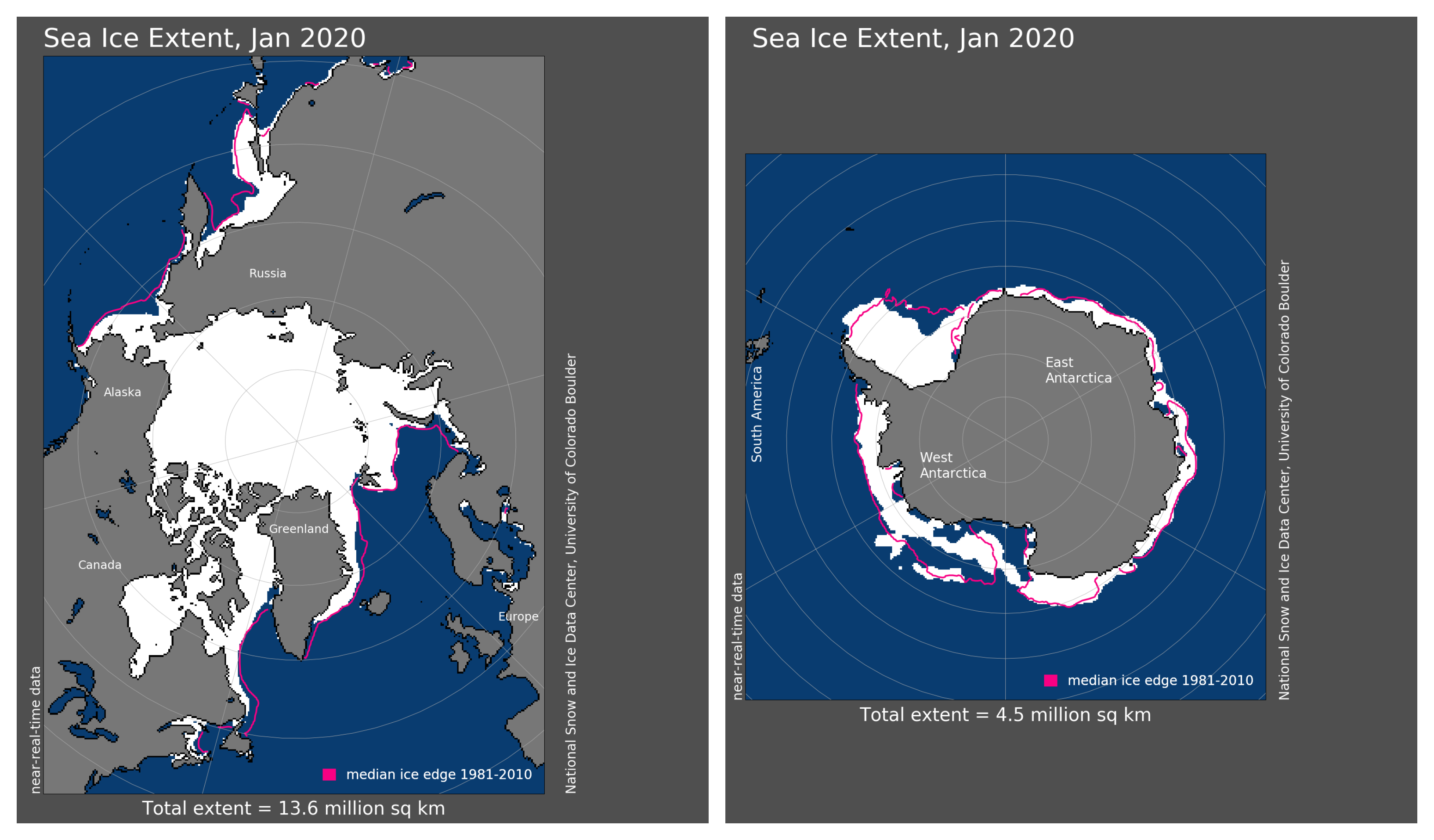 As the University of Illinois climate scientist Don Wuebbles said in regards to the hottest January succeeding the second-hottest year on record, it “is one of those indications that things are warming dramatically.”

In other words, there is no more room for deniability – climate change is real. The facts are right there!