Air pollution and air quality issues have famously been plaguing China for years, but now other highly congested cities are starting to see similar issues on a more regular basis.

And now, Hong Kong has been experiencing an extreme amount of smog for a number of days. The winter weather, wind, and other conditions have almost completely covered the city in a thick layer of smog, to the point of the entire skyline basically disappearing from view.

The World Air Quality Index is showing that the city is in the midst of extremely dangerous levels of air pollution, registering in the “Very High” and “Serious” categories on the Air Quality Health Index.

The difference between Hong Kong on a clear day and on a bad smog day is so drastic that it is hard to believe. 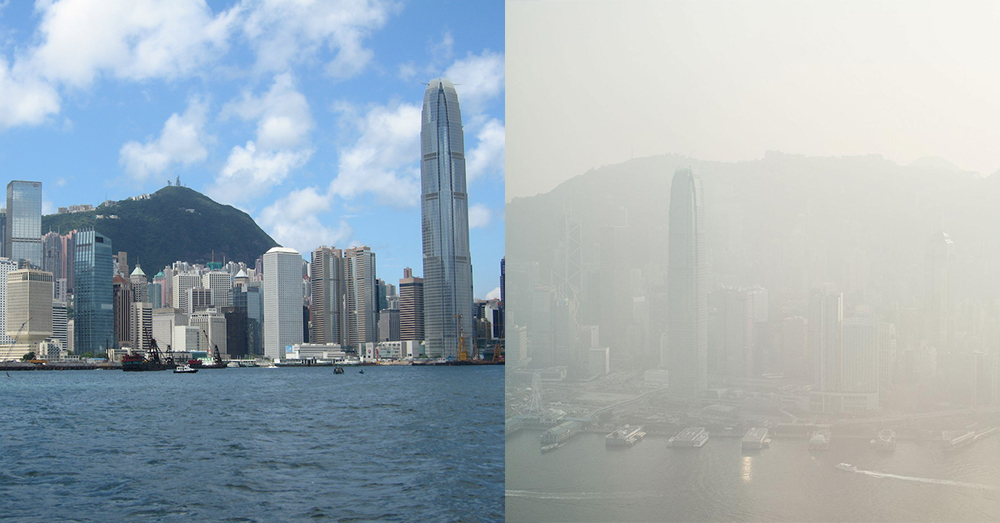 When levels reach “Very High,” people are warned to limit their physical exertion when they are outdoors, and when the levels are considered “Serious,” citizens are told to keep their time outside to an absolute minimum.

Despite the city implementing a Clean Air Plan back in 2013, the contributions from power plants, marine vessels, and motor vehicles has still been a serious issue for the air quality.

Below, you will see some photos from around the social media world displaying how bad the issue really has become.

“Taking in the sights on Monday in #HongKong”


“The air tastes thick and foul”

“Sort out your smog Hong Kong”

To see what kinds of things people are trying to create in order to solve the eastern world’s issue of significant air pollution, click the button below!

Andrew Terpstra grew up on Zoobooks and National Park excursions, so the outdoors and wildlife became a big part of his life. Now he is trying to help whomever he can, and the causes he holds dear, with the words he writes.