Centuries from now, when future generations look back on a world hurtling toward destruction, and the team of engineers that harnessed the power of the sun to save it from such a fate, they may be heaping high praise on Bill Gates.

Gates, now the richest man in the world, has backed clean energy company Heliogen, owned by Bill Gross, which has been using an artificial intelligence platform alongside a field of mirrors to reflect enough sunlight to heat materials up to about 1,000 degrees Celsius.

“If you take a thousand mirrors and have them align exactly to a single point, you can achieve extremely, extremely high temperatures,” Gross said. 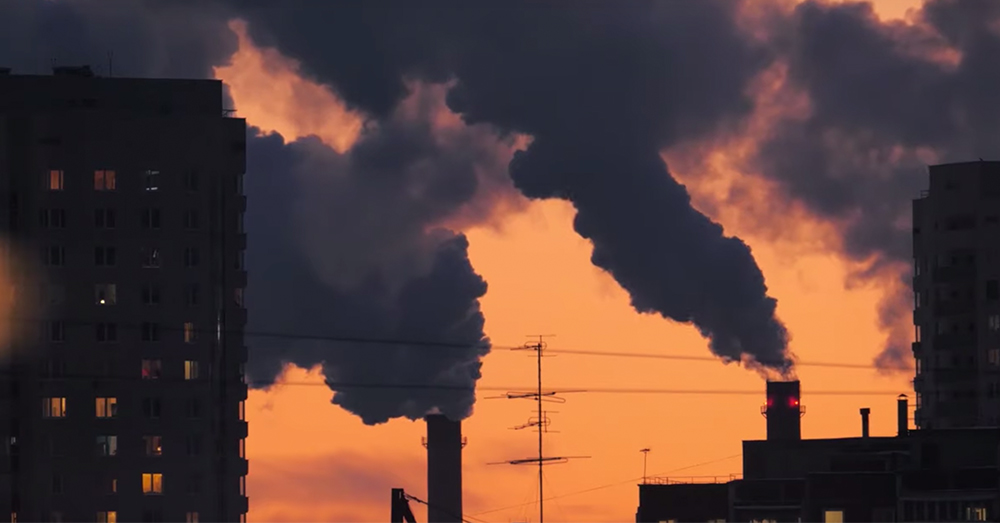 Heliogen’s system of mirrors, aimed and focused by AI, could feasibly create carbon-free hydrogen that may some day fuel vehicles like trucks and airplanes.

“If you can make hydrogen that’s green, that’s a gamechanger,” Gross said. “Long term, we want to be the green hydrogen company.” 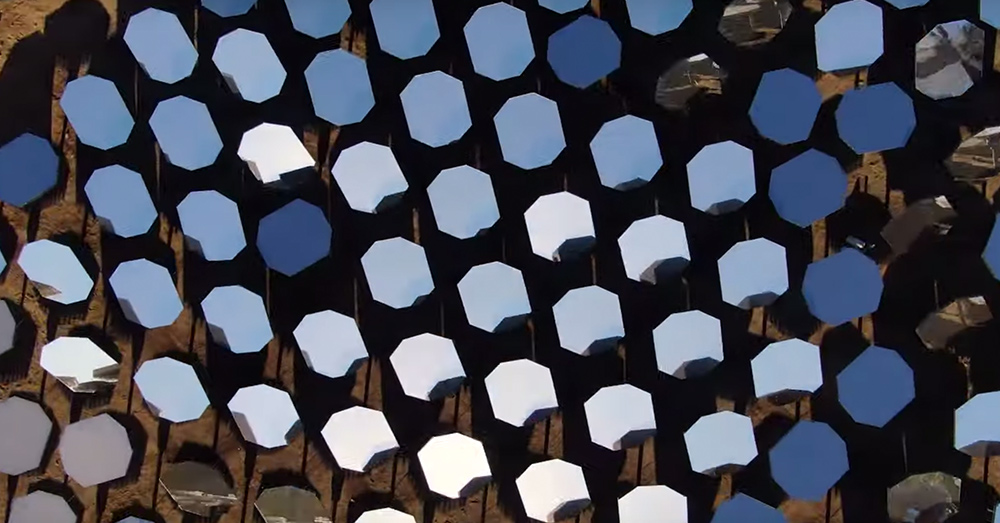 Source: YouTube/BusinessWire
Mirrors used to reflect light from the sun.

According to CNN, Heliogen’s system can create environments about 25% as hot as the surface of the sun. This “free energy” has great industrial potential, with applications in manufacturing, steel refining, and creating other materials used in construction.

As a replacement for fossil fuels in industrial processes, this technology could have a tremendous environmental impact.

“We are rolling out technology that can beat the price of fossil fuels and also not make the CO2 emissions,” Gross told CNN Business. “And that’s really the holy grail.” 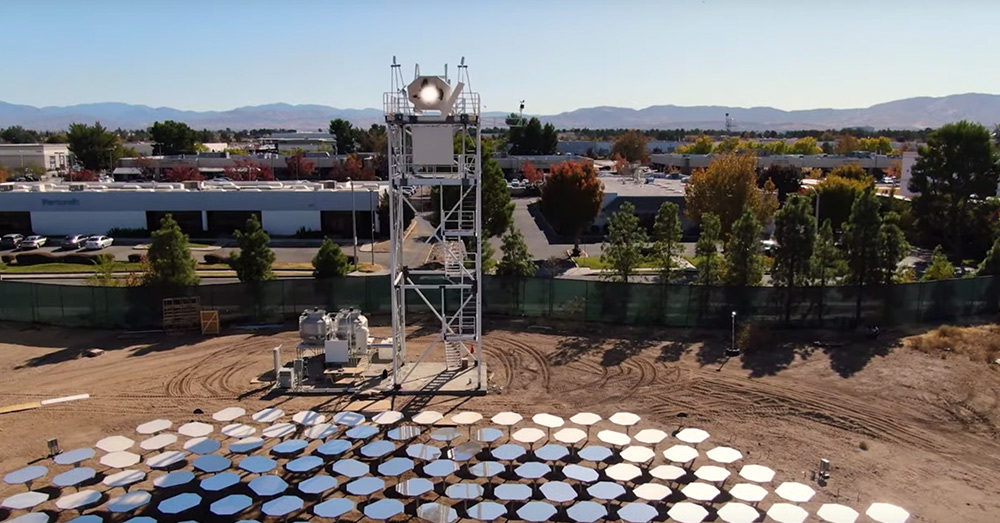 Source: YouTube/BusinessWire
Heliogen’s technology relies on AI to aim and focus the mirrors on a single point.

Heliogen is funded by Microsoft founder Gates and billionaire Los Angels Times owner Patrick Soon-Shiong, who also sits on the company’s board, and thinks it will soon change the world.

“I’m pleased to have been an early backer of Bill Gross’s novel solar concentration technology,” Gates said in a statement. “Its capacity to achieve the high temperatures required for these processes is a promising development in the quest to one day replace fossil fuel.”

“Bill and the team have truly now harnessed the sun,” Soon-Shiong told CNN Business. “The potential to humankind is enormous… The potential to business is unfathomable.”

Heliogen’s approach to concentrating solar energy by mirrors is not an innovation on its own. According to the Office of Energy Efficiency & Renewable Energy, concentrating solar power (CSP) systems are most commonly used for utility-scale projects. 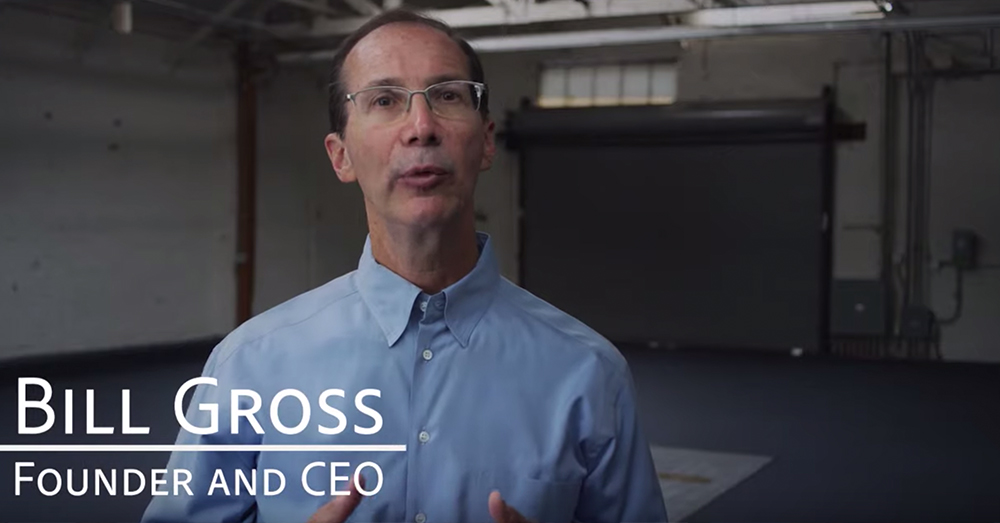 “The mirrors in CSP plants focus sunlight onto a receiver that heats a high-temperature fluid, which is used to spin a turbine or power an engine that drives a generator,” the OEERE reports. “The final product is electricity.

“Smaller CSP systems can be located directly where power is needed. For example, single dish/engine systems can produce 3 to 25 kilowatts of power and are well suited for distributed applications.”

Until now, CSP systems have previously been unable to generate enough heat to make materials like cement or steel, which are in constant demand at residential, commercial, and industrial building sites around the world. Manufacturing those materials has also contributed to more than 20% of the planet’s global emissions, the EPA reports. 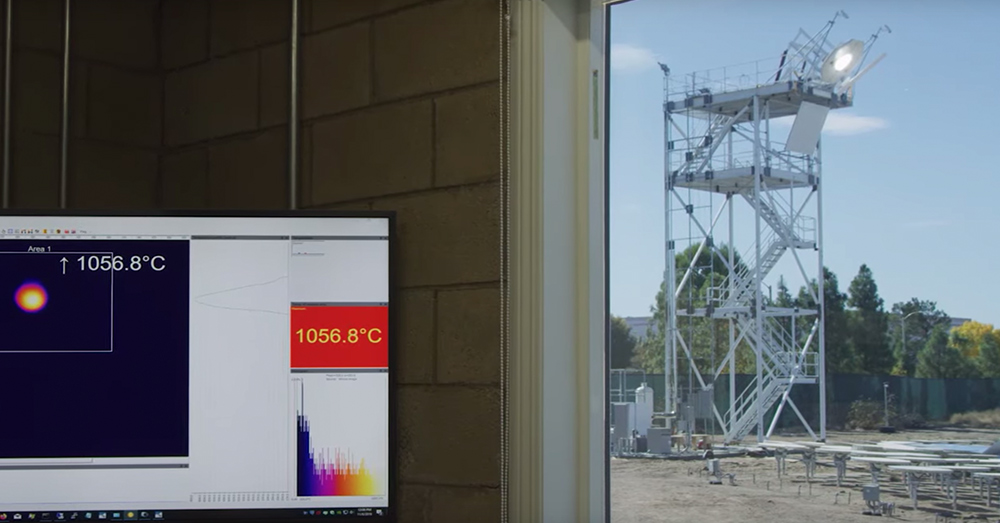 Source: YouTube/BusinessWire
The reflected sunlight can create high-temperature environments, required in the manufacturing of construction materials.

Like smart phones and cloud storage did to cassette tapes and floppy disks, Heliogen’s technology could force those “unclean” production processes into obsolescence.

Even with the backing of Gates and Soon-Shiong, Heliogen will not succeed without further buy-in from other private investors, and more importantly, industrial companies. The next challenge for Gross and company is to demonstrate a large-scale application, like making cement.

“If we go to a cement company and say we’ll give you green heat, no CO2, but we’ll also save you money, then it becomes a no-brainer,” Gross said.

Sunlight is free, after all, where it can be found.