Since Hurricane Harvey touched land last week, it has devastated the state of Texas. Being called the worst disaster in the state’s history, the tropical storm is leaving areas of Houston underwater as a result of the three feet of rain the city has seen in recent days.

Responsible for at least 31 deaths, the massive flooding, power outages, and potential health hazards have left tens of thousands of individuals seeking shelter.

But it’s not just humans that are affected. While rescuers and animal shelters are doing what they can to help people with their pets, Harvey is also displacing wildlife. People have reported sightings of alligators in their backyards, fire ants forming rafts in flood waters, and snakes (some venomous) looking to stay dry by slithering up trees and building faces. 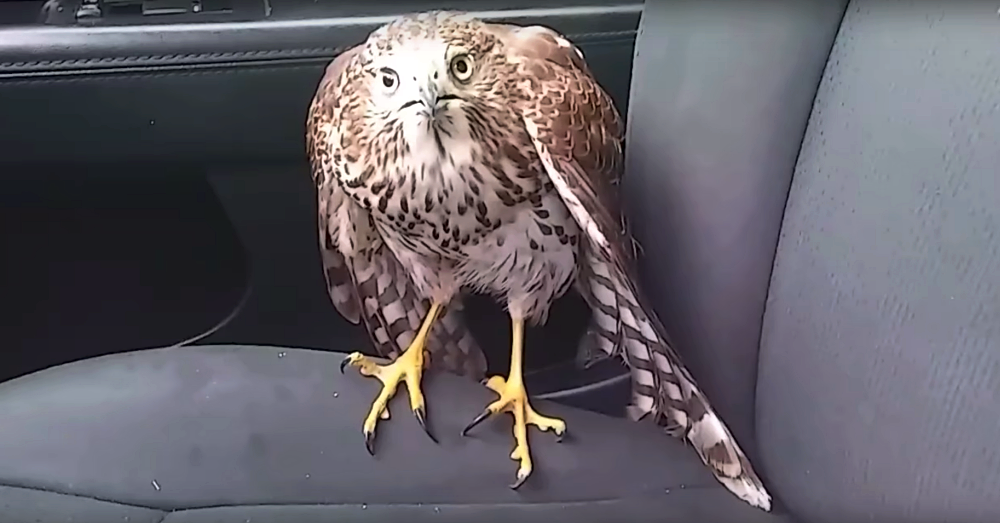 While representatives from Texas Parks and Wildlife are urging individuals not to disturb these animals, who will likely return to their habitats as the situation deescalates, it can come as a surprise to encounter wildlife so close to home.

Take it from cab driver William Bruso, who was recently confronted by a Cooper’s hawk seeking refuge in his taxi. Bruso kindly allowed his frightened and confused passenger to stay put until he could get him home, where the pair are waiting out the storm together.

You can help! Find out how, here.

You can help! Find out how, here.