An Oil Spill From 2004 Is Still In Progress, And It’s 1,000 Times Worse Than The Public Was Led To Believe

Oil has been leaking into the Gulf of Mexico since 2004, when Hurricane Ivan sank an oil platform owned by the Taylor Energy Company. Four years later, after selling its assets, Taylor Energy executives told the federal government the ruptured pipes have been losing no more than four gallons of oil a day.

“The results of this study contradict these conclusions,” reads the National Oceanic and Atmospheric Administration and Florida State University report. 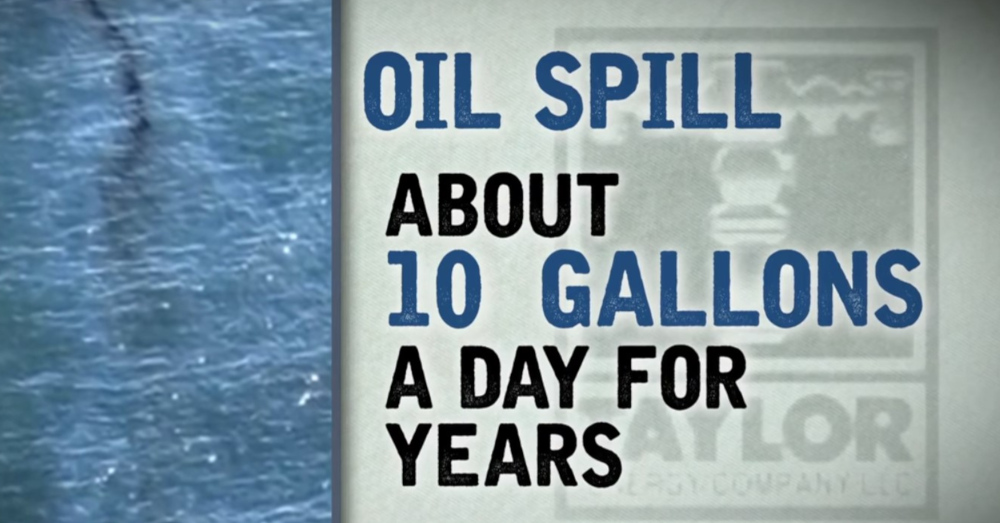 Florida State oceanographer and oil spill expert Ian MacDonald, first tipped the Coast Guard off to much higher levels of oil being discharged than previously believed.

“We’re talking about coming up on half a million barrels of oil,” he told CBS. “What’s happening now is the Coast Guard and the government is saying wait a minute, we’re going to take charge because we think that you’re underestimating the amount of oil.

“Taylor Energy is raising the alarm about the junk science the Coast Guard is now using to justify activities that could destabilize the site.” 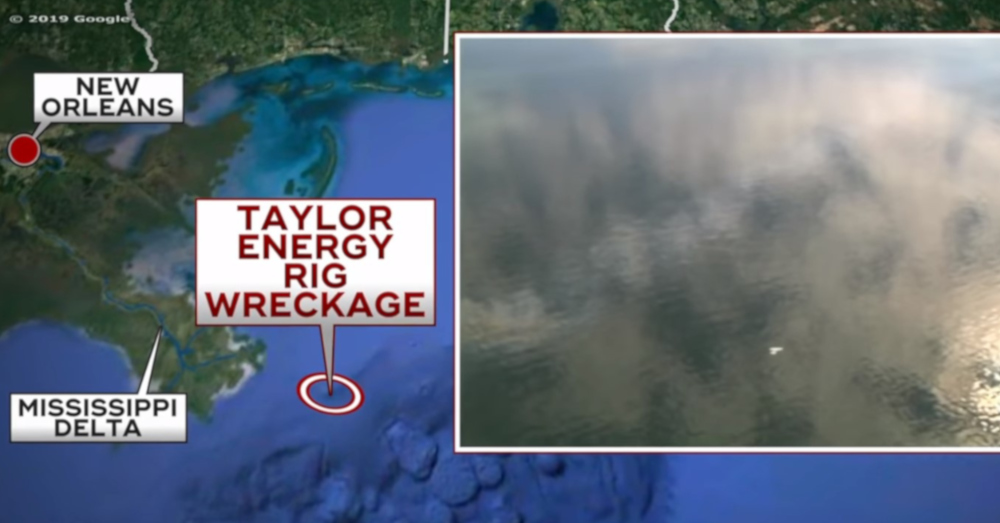 According to the New York Times, the federally-funded study by NOAA and FSU has discovered as much as 4.500 gallons of oil a day spewing from the ruptured pipes, about 12 miles off the coast of Louisiana. Plumes of oil rising from the ocean floor are not, as Taylor Energy maintained, the naturally-occurring byproducts of decaying ocean organisms, but oil and gas being released from several damaged wells.

“While it is feasible that the heavily oiled sediments in and around the erosional pit could be contributing to oil in the water column, the chemical nature and volume of oil and gas measured precludes sediments from currently being the major source of oil to the marine environment,” the report states. 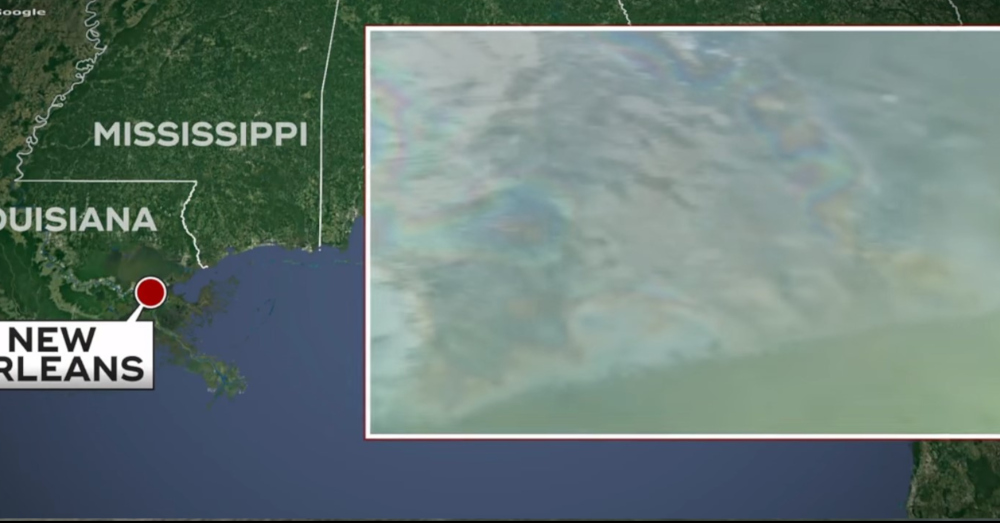 The spill was not widely known until satellite images from the Deepwater Horizon zone showed “persistent oil slicks that appeared unrelated to the 2010 spill,” according to the report.

Taylor Energy execs, maintaining they had not been able to accurately measure the spill, have requested “verifiable scientific data about the leak and a scientifically and environmentally sound solution.” 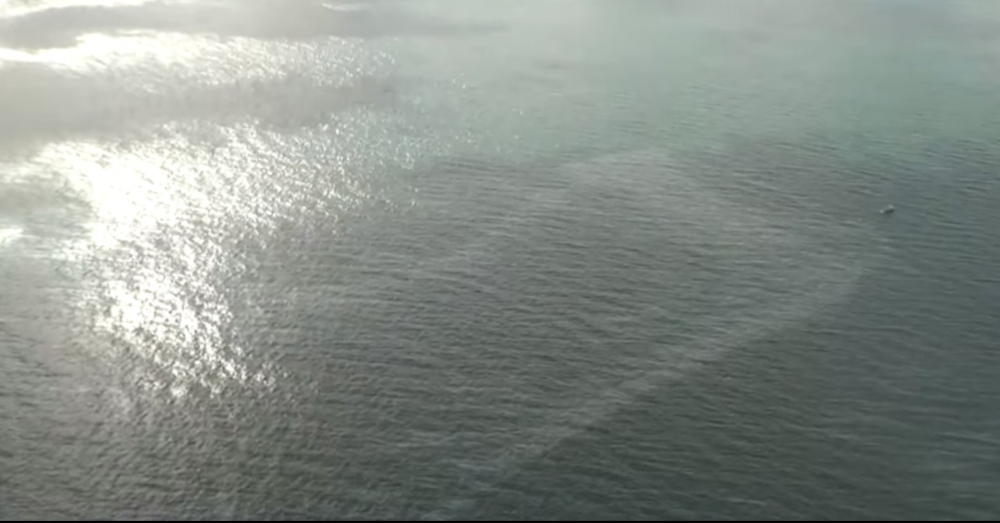 Source: YouTube/CBS Evening News
The Gulf of Mexico is covered in an oil slick.

Meanwhile, the Trump Administration is working to lower the barriers to offshore drilling along domestic coastlines. In 2018, the Interior Department floated the idea of offshore drilling along nearly every mile of U.S. coastline. Another Times story points out how that plan has been delayed by a previous decision that disallowed drilling for oil along the Alaskan coast.

Trump has also proposed rolling back drilling safety regulations that were instated after the Deepwater Horizon explosion in 2010. That disaster killed 11 people and led to one of the worst oil spills in the history of the U.S., with more than 4 million barrels of oil released into the Gulf of Mexico. 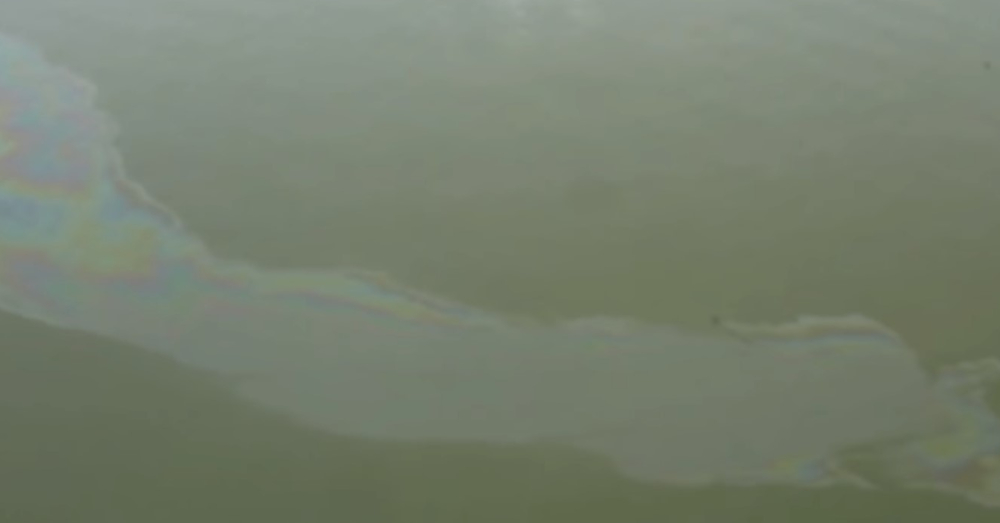 Source: YouTube/CBS Evening News
Millions of gallons of oil have poured into the Gulf of Mexico since the leak started in 2004.

The Coast Guard expects Taylor Energy to pay for the private contractor hired to cap the well, but that decision has been delayed by the drilling company’s countersuit over the containment.

Cephalopods Can Change Color In Milliseconds, And Here’s How: Click “Next” below!