Drowning Wallaby Gets Rescued By A Kind-Hearted Tour Guide

Animals can sometimes put themselves in positions and places where they absolutely do not belong. Most of the time it is completely unintentional, but it usually doesn’t end up well because the natural world can be a cruel mistress.

Other times, however, kind-hearted people who just want to see life flourish are able to step in at just the right moments and turn into the perfect good Samaritans that are so desperately needed.

For Gold Coast Jet Boat operator Jamie Earley, he found himself in one such moment when he was out on a jet boat tour with a boat full of tourists. He came across a wallaby swimming away from shore and heading out into open water. 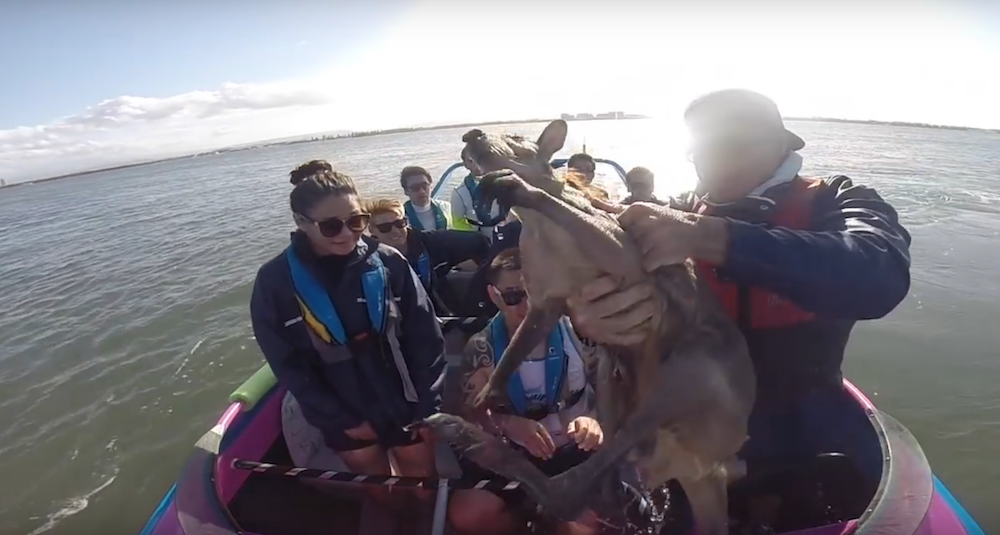 “I just saw it jump right into the water, and then I realised there was a dog chasing it,” Earley said. “It was with an afternoon tour but thought I’ve got to do something about this.”

After maneuvering the powerful boat into a position where he could get the animal out of the water, Earley leaned overboard for his first attempt to grab the wallaby and pull it into the boat. But he missed the first try. 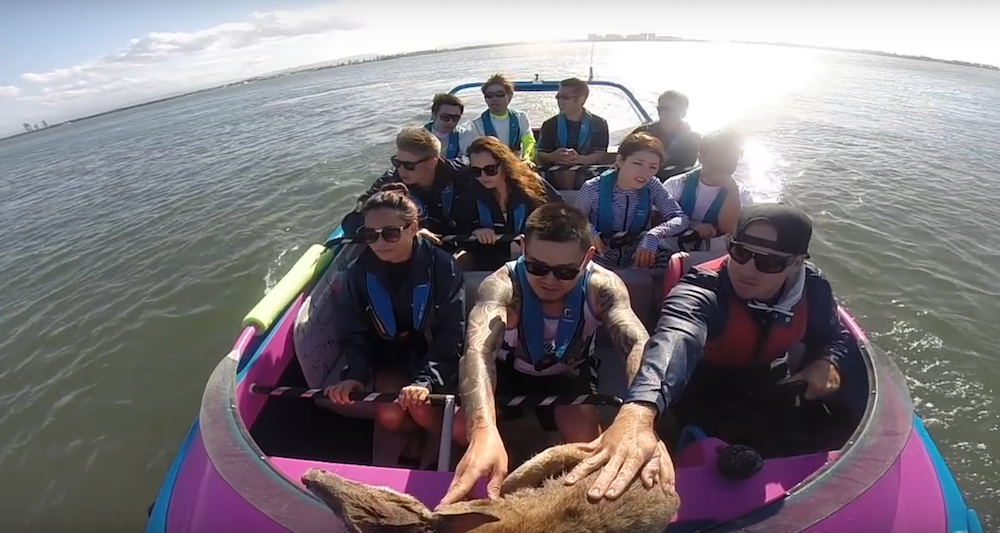 Since the wallaby was obviously scared and didn’t know what to think about a large, loud boat next to it, the poor animal was just trying to get somewhere safe and kept swimming away.

But eventually, Earley got his boat into a position where he could scoop the wallaby out of the water and carefully place it at the front of the boat. One of his front row passengers was asked to hold on to the animal, which probably was the last thing they expected to happen on their boat tour! 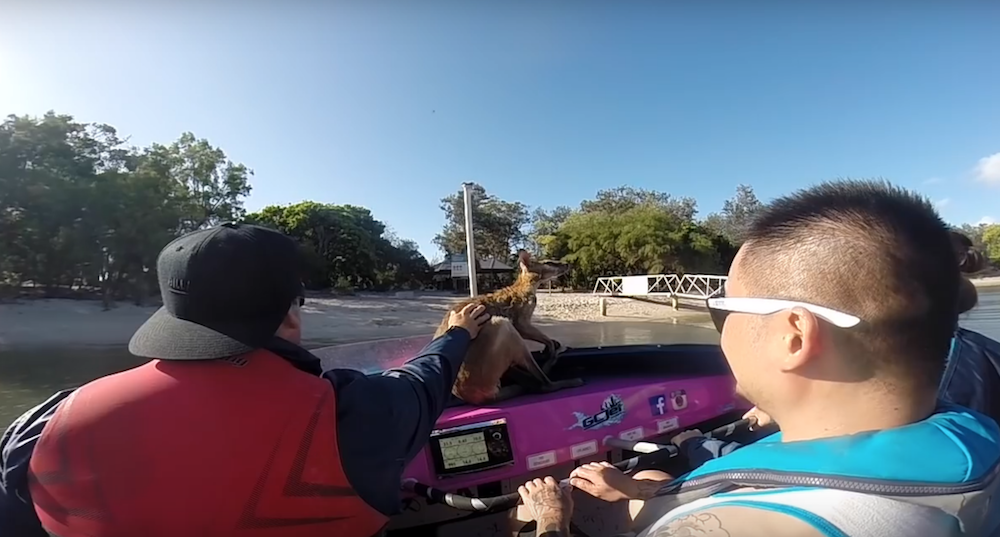 After a slow and careful drive back to the shore, Earley stopped his boat in the shallows and dropped the wallaby off on shore right back where it belonged.

It definitely was not an ordinary day for this tour guide, but it turned out perfect for the wallaby!

Check out the heart-warming video below!