Known for their deep hoots, cat-like yellow eyes, and impressive size (they have a wingspan of 4-5 feet), Great Horned Owls are the most powerful of all common owls. Being one of the most prevalent owls in North America, it’s not entirely uncommon to see one in the late afternoon or early morning. If you’re lucky enough to catch a glimpse of one, you’ll likely be in awe of how lovely they are.

Don’t let their beauty fool you, however. They’re actually formidable predators. Armed with impeccable hearing and excellent vision in low light, Great Horned Owls do most of their hunting at night and are capable of taking down large mammals. In fact, these owls are so strong they can, and do, seize animals larger than themselves. 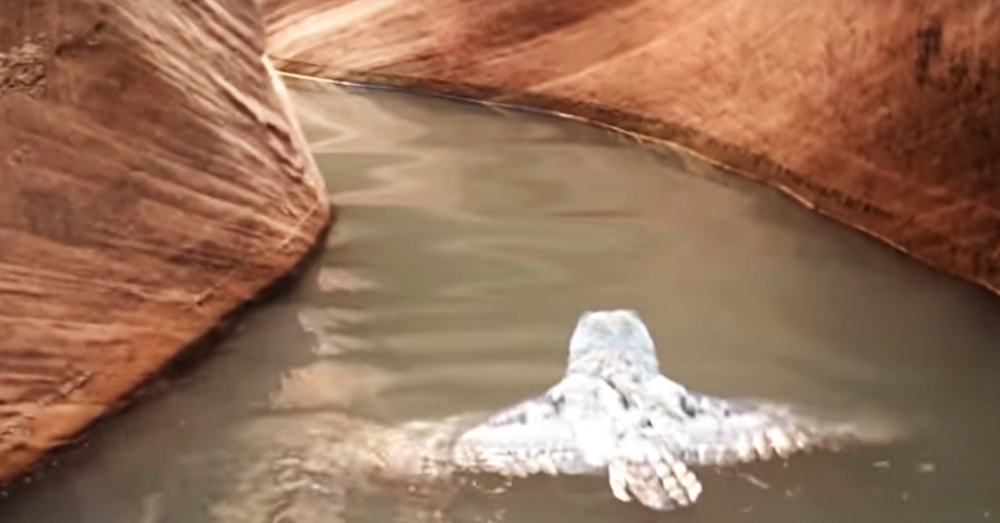 While that’s all very impressive, even the strongest of us find ourselves in precarious situations every now and then.

That’s exactly what happened to the owl in the video below. While we aren’t entirely sure how it ended up there, a young Great Horned Owl found itself swimming in a canyon in Lake Powell between Arizona and Utah. A group of hikers happened upon the beautiful bird, and while they didn’t disturb it, they were able to catch some amazing footage!

“Owls are unable to take flight while swimming, so they must leave the water and dry their feathers before flying,” states National Geographic. The young owl finally makes it to dry land and begins to dry off.

Take a look at the rare footage!