It’s unlikely that many people would argue with the idea that puffins are some of the cutest birds around. From their cheery bright-orange beaks and matching webbed-feet to their puffy bellies and inclination to mate for life (aw!), it would be hard to dispute how adorable they are.

That being said, it looks like puffins may be a bit more than just pretty faces. According to a new discovery, they may actually be some of the most interesting animals around! 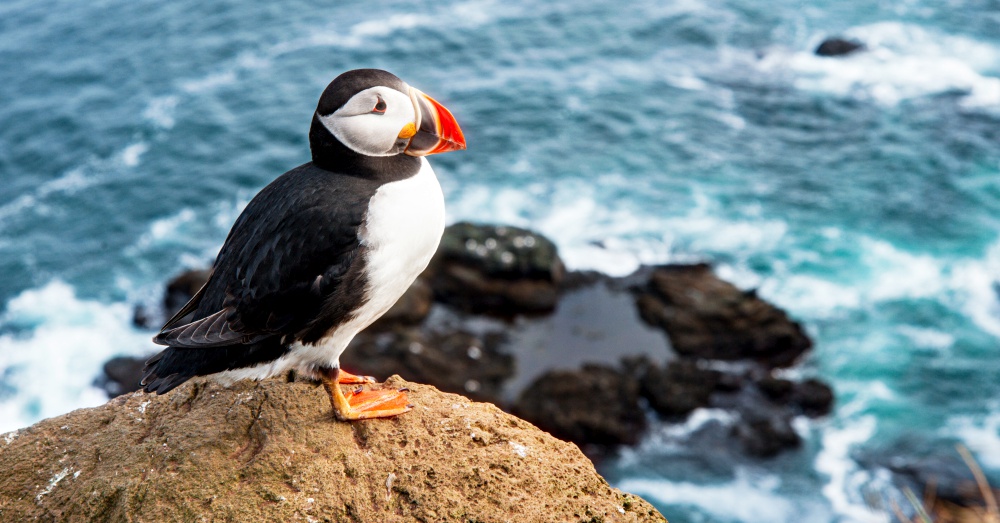 It turns out those brightly colored beaks have been hiding a big secret! Scientists have postulated for some time the puffin’s colorful bill is a tool for attracting members of the opposite sex during mating season. However, one ornithologist, Jamie Dunning, suspected humans may not be seeing the full picture.

It turns out he was right.

‘[birds have] additional color cones in their retina that are sensitive to ultraviolet range.’

I exposed some of my specimens to UV light.
The Puffins bill was pretty cool, I wonder if it’s related to signalling? #Ornithology pic.twitter.com/eZTbrmi0y5

It occurred to Dunning that while their bills are impressive enough to humans, there may be even more going on. Why? Because birds have the ability to see in the same red, blue, and green light humans do, but, unlike humans, they can also see ultraviolet “colors.”

So, it stood to reason that puffin’s bill just may hold an ultraviolet secret. All he had ti do was test his theory.

To study the ultraviolet properties of the puffins bill, we have had to design something to protect their eyes from the light.

These are our prototype auk ‘sunglasses’, designed at @designdotgold. #ornithology pic.twitter.com/LMCvdl3sv3

“I had one in the freezer – I’m the kind of guy people send dead birds to,” Dunning told The Independent. “I had a UV light because we do a lot of spider stuff in the lab and a lot of them and scorpions glow in UV light, so I just turned the torch on the puffin and took a photo of what I saw.”

Dunning believes that like the bright orange hue of their beaks, which comes and goes with the mating season (in the winter their beaks are small and brown), the glowing of their beaks is an adaptation utilized for sexual signaling.

What an incredible discovery!