Stories of “murder hornets” have gotten some people a little buzzed up. After two of the Asian giant hornets were spotted in Washington State, some are taking protectionary measures too far.

Native wasps and bees are being killed off by mistake.

“Millions and millions of innocent native insects are going to die as a result of this,” Doug Yanega, senior museum scientist for the Department of Entomology at UC Riverside told the LA Times. “Folks in China, Korea and Japan have lived side by side with these hornets for hundreds of years, and it has not caused the collapse of human society there. My colleagues in Japan, China and Korea are just rolling their eyes in disbelief at what kind of snowflakes we are.” 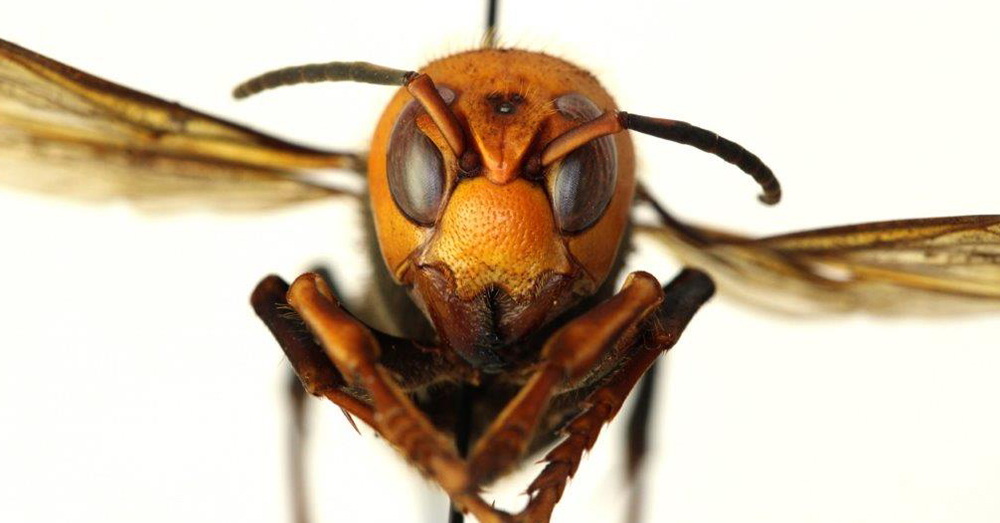 Source: Washington State Department of Agriculture
The giant Asian hornet has a yellow head and can grow to 2 inches in length.

Giant hornets are indeed a threat to critical pollinators, and their migration to the United States is putting honeybees and other insects at risk. These massive predatory insects can decimate hives, as evidenced in early May when a hive of bees was found destroyed in Custer, Wash. the New York Times reports.

When local entomologists weren’t able to trap the culprits the state Department of Agriculture recommended Washington residents place hornet traps around their hives. 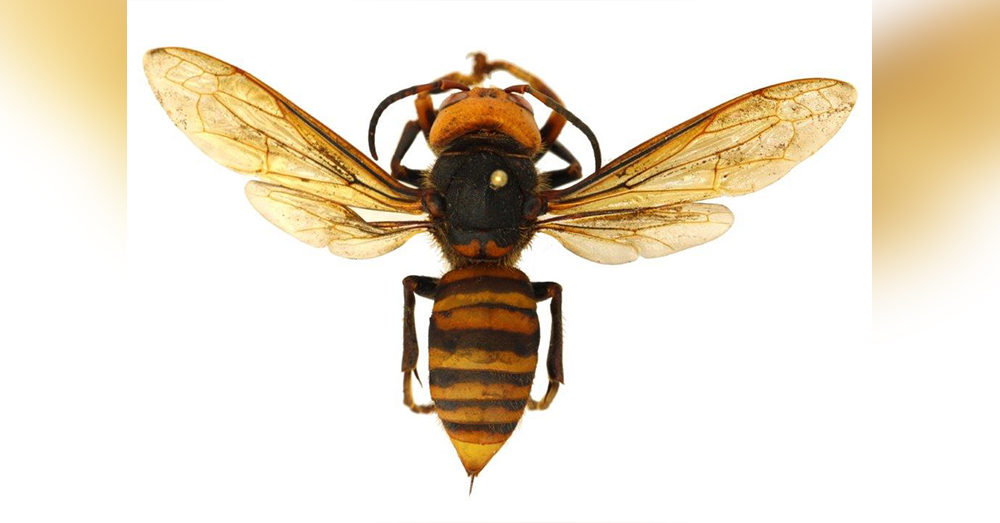 Experts like Yanega want to find and destroy the hornets before they can develop and breed.

“Queens have to go all the way from April to September before they can have their own reproductive offspring,” he said. “If we can intercept them any time in between there, we can kill them, and that’s that.”

The queen giant hornets can grow to 2 inches ling with a quarter-inch stinger, the WSDA reports. 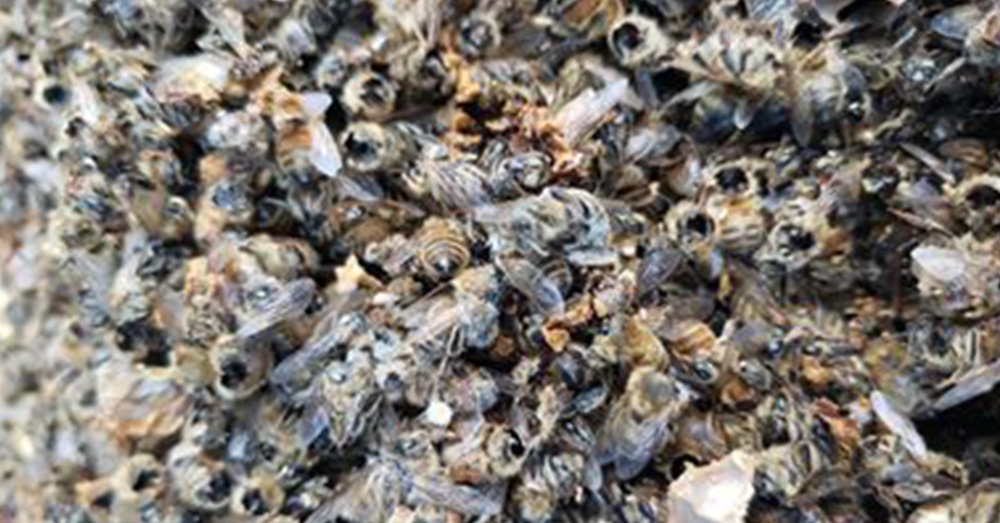 According to the Post Crescent, Asian giant hornets are venomous and can sting more than once, but they typically do not attack people or pets and are less deadly in honeybees. In Japan, about 50 people a year die from giant hornet stings. 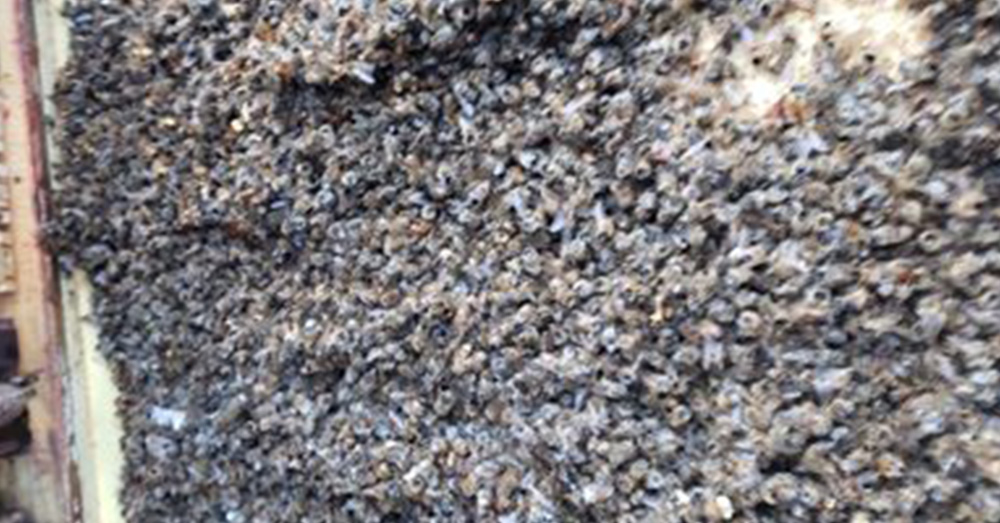 Source: Washington State Department of Agriculture
Several hornets can kill an entire hive of honeybees in less than an hour.

“Just like the honeybees, the venom can cause anaphylactic shock, and even with one sting, someone could go into anaphylaxis and stop breathing,” said Michael Draney, an entomology professor at the University of Wisconsin-Green Bay. “But it’s also true that this hornet does have a lot of venom, and if you were stung many times, certainly more than 10 times, it could be dangerous. What they say in China is if you get stung more than 30 times, it’s certainly an emergency situation. And that doesn’t require any kind of anaphylaxis. It’s just a lot of venom.”

Though honeybees are the mainstay pollinators in much of North America, several species of wasps also perform the task. And with some wasps growing over an inch in length in parts of the country, entomologists are concerned that may be mistaken for the giant invaders and killed off by mistake. 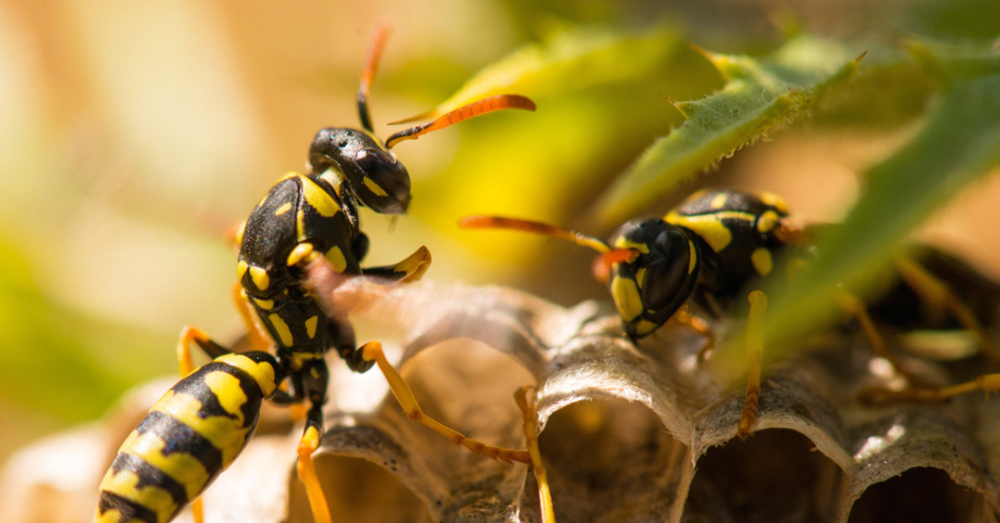 Source: Washington State Department of Agriculture
Paper wasps are more slender and smaller overall compared to the Asian giant hornet. They also do not have an orange/yellow head.

There have only been a few sightings of Asian giant hornets in the Pacific Northwest. Talking to KVAL in Eugene, Ore., Erica Chernoh, a horticulture expert for OSU’s Extension Program says people should consider the idea that not every big insect they see is trying to kill them. 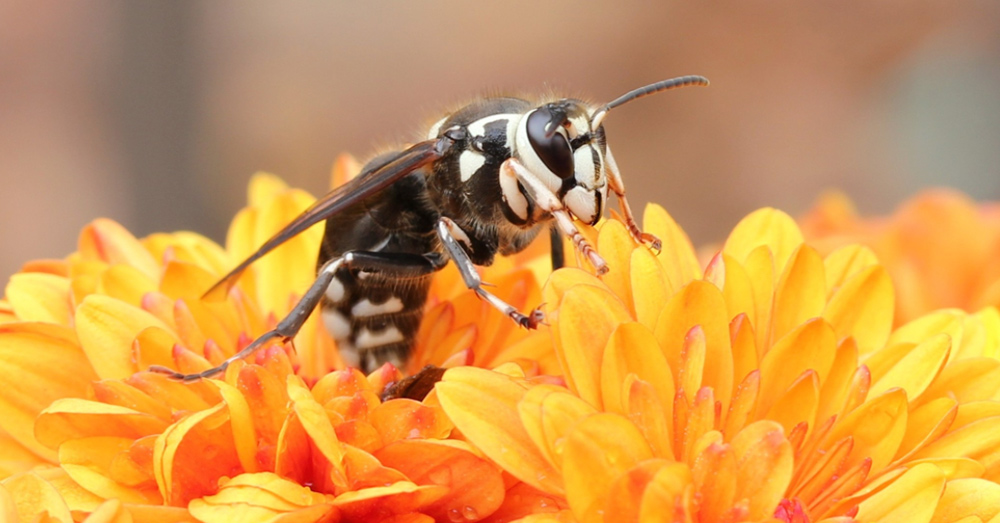 Source: Washington State Department of Agriculture
Bald-faced hornets are about an inch long and are mostly black with white stripes and spots.

“There’s a lot of fear put out in the public about that and that kind of leads to hysteria and then people go out and do irrational things that are really unnecessary,” Chernoh said. “Because sometimes what you think is a pest is actually a beneficial insect and we want to make sure that we aren’t causing unnecessary harm to them.” 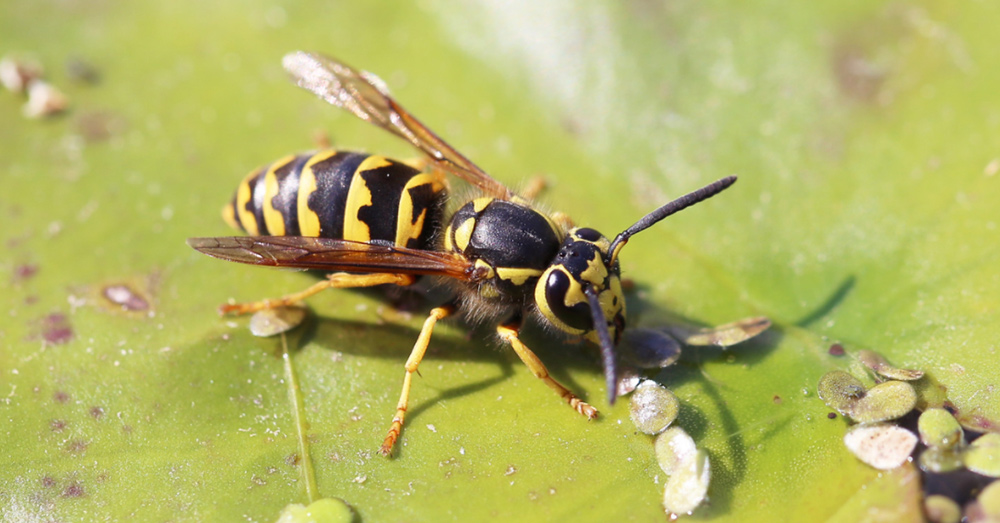 Source: Washington State Department of Agriculture
Yellow jackets are less than an inch long. They have distinctly yellow faces with a black area near the top of the head.

“I don’t want to downplay this — they are logistically dangerous insects,” Yanega said. “But having people in Tennessee worry about this is just ridiculous. The only people who should be bothering experts with concerns about wasp IDs are living in the northwest quadrant of Washington (state). And really, right now, nobody else in the country should even be thinking about this stuff.”

Giant Hornets Can Devour A Honey Bee Hive In Minutes, And They’re Invading The US: Click “Next” below!