As you venture down into the depths of the ocean, the water will begin to go from a beautiful, clear blue to pitch black as the rays of the sun reach their distance limit. When you reach thousands of feet underwater, you will find yourself in the realm of an extremely rare fish.

Scientists, however, call them Chimaera, and they are actually just a relative of both the shark and the ray. These fish have skeletons that are made from cartilage rather than bone, and even though they look like modern day sharks, they branched off genetically 300 million years ago. 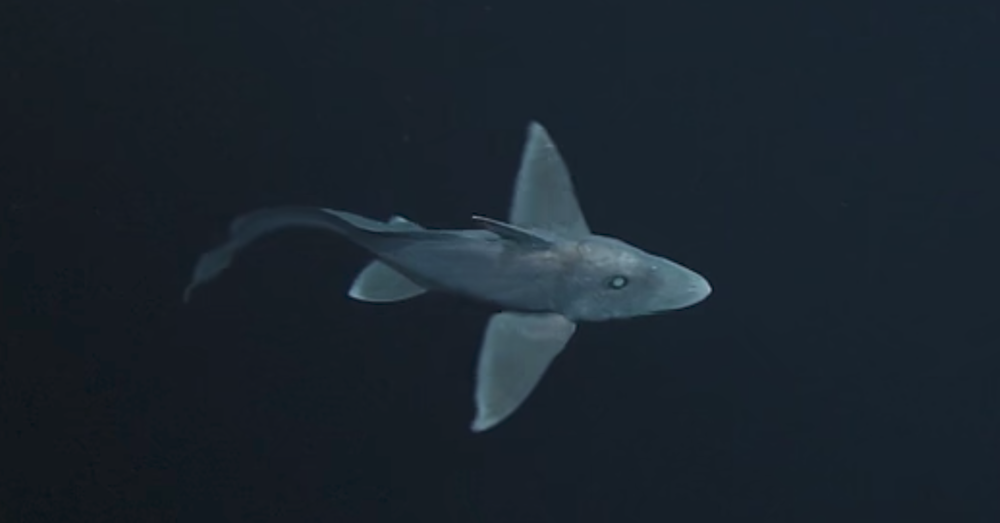 Even though these fish have been swimming around in the deep waters of our oceans all the way back to when dinosaurs still roamed the earth, there is still very little information that is actually known about them.

But thanks to the Monterey Bay Aquarium Research Institute in California, we are all able to see what these incredibly elusive creatures look like in their native home.

All the way back in 2009, the group sent a Remotely Operated Vehicle (ROV) down more than 6,000 feet into the waters of California and Hawaii. The researchers who were in charge of the operation were actually geologists, and they weren’t even looking for significant wildlife. 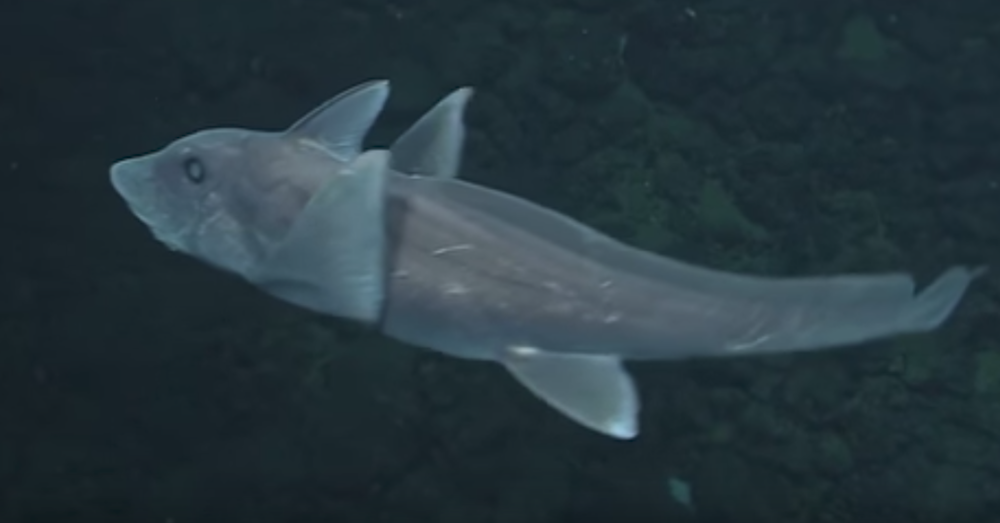 But what they did end up filming turned out to be the first video ever recorded of a live ghost shark.

“Normally, people probably wouldn’t have been looking around in this area, so it’s a little bit of dumb luck,” said Dave Ebert, program director for the Pacific Shark Research Center at Moss Landing Marine Laboratories.

Also, according to Ebert, the species the team found was one that shouldn’t have even been in the area.

Ebert believes it is a pointy-nosed blue chimaera, which is a species that is typically found near Australia and New Zealand, according to a study published in the journal, Marine Biodiversity Records.

Not only was this team not even looking for this fish, but they also found one that was supposed to be somewhere else!

Check out the incredibly rare footage below.