Oliver is an orange tabby cat who lives in central Oregon. Or at least he did until a wildfire destroyed his former home.

But when Oliver’s family fled the burning house, they couldn’t find the family cat. Oliver’s frantic owners shared his description with volunteers searching for pets in the wreckage, but weeks went by without any sign of the frightened feline.

As the days turned into weeks, Oliver’s family began to fear they’d never see their pet again. But then one day, a dogged volunteer who’d already made a dozen trips into this charred wasteland finally trapped Oliver using a humane trap and some tasty cat treats. Oliver’s old neighbor, Cow, a missing black-and-white cat, was also rescued nearby.

Both cats were brought to the Humane Society of Central Oregon, which played a central role in rescuing animals throughout this disaster, which would burn more than 1 million acres of Oregon land by the time 2020 was through.

“Imagine . . . being reunited with your cat after fleeing a wildfire that was rapidly approaching your home,” shelter workers told Greater Good Charities, which partnered with the Animal Rescue Site to supply the Oregon shelter with pet food and shelter supplies to support their relief efforts.

Of course, this critical donation — which included reflective collars and leashes, flea/tick treatment, cat castles, cat scratchers, enrichment toys, and plush beds that comforted wildfire evacuees in their kennels — was only possible because of support from our Animal Rescue Site readers, whose daily clicks, donations, and shopping at The Animal Rescue Site Store helped this shelter provide disaster relief throughout Oregon’s devastating 2020 wildfire season.

“The generous in-kind donation from GreaterGood enabled the Humane Society of Central Oregon to provide essential items like collars, leashes, and toys to wildfire evacuees who had to immediately escape the raging Oregon wildfires,” shelter workers told Greater Good Charities.

“When evacuees came to HSCO as a resource for items, such as pet food, the in-kind items allowed us to provide extra enrichment items to bring a smile upon their weary faces,” they said.

One of those weary wildfire evacuees was Suzi, a mama cat who arrived at the Humane Society of Central Oregon with 3 kittens after surviving wildfires in other parts of the state.

“A cat rescue group in Phoenix, OR, asked HSCO to help relieve the overabundance of cats as a result of the wildfires in Southern Oregon,” said shelter workers, recalling how Suzi was one of 16 cats who “had a slow, snowy 180-mile drive up to Bend, OR for a second chance.”

But Suzi was in poor health when she arrived at the shelter. “She suffered from a bad infestation of fleas and ear mites that ruptured both eardrums,” workers recalled.

Rescuers could also tell the cat, who also suffered from parasites and gastrointestinal issues, could use some extra socialization. Suzi’s kittens were placed in foster care so their long-suffering mother could focus on healing. “Suzi was very shy and a bit under-socialized,” rescuers said. “She needed the purrfect human partner to understand her ways.”

Fortunately, Suzi didnt’ have to wait long to find her purrfect partner. After Suzi was nursed back to health, several people expressed interest in giving this sweet gal a home. Suzi was finally adopted by a woman who’d just lost her 19.5-year-old cat and–having felt an instant connection with Suzi–visited her every day in the shelter.

“The first two people changed their minds, and Suzi’s new role was to help heal a broken heart,” shelter workers told Greater Good Charities. “Suzi’s mom wanted to spoil her from the start, so we made sure she went home with some our cat toys from GreaterGood.”

Thanks to everyone who helped us support Suzi, Oliver, Cow, and other wildfire evacuees during this difficult time. We couldn’t help these shelters and animals without your support!

Send Supplies To Shelters In Need 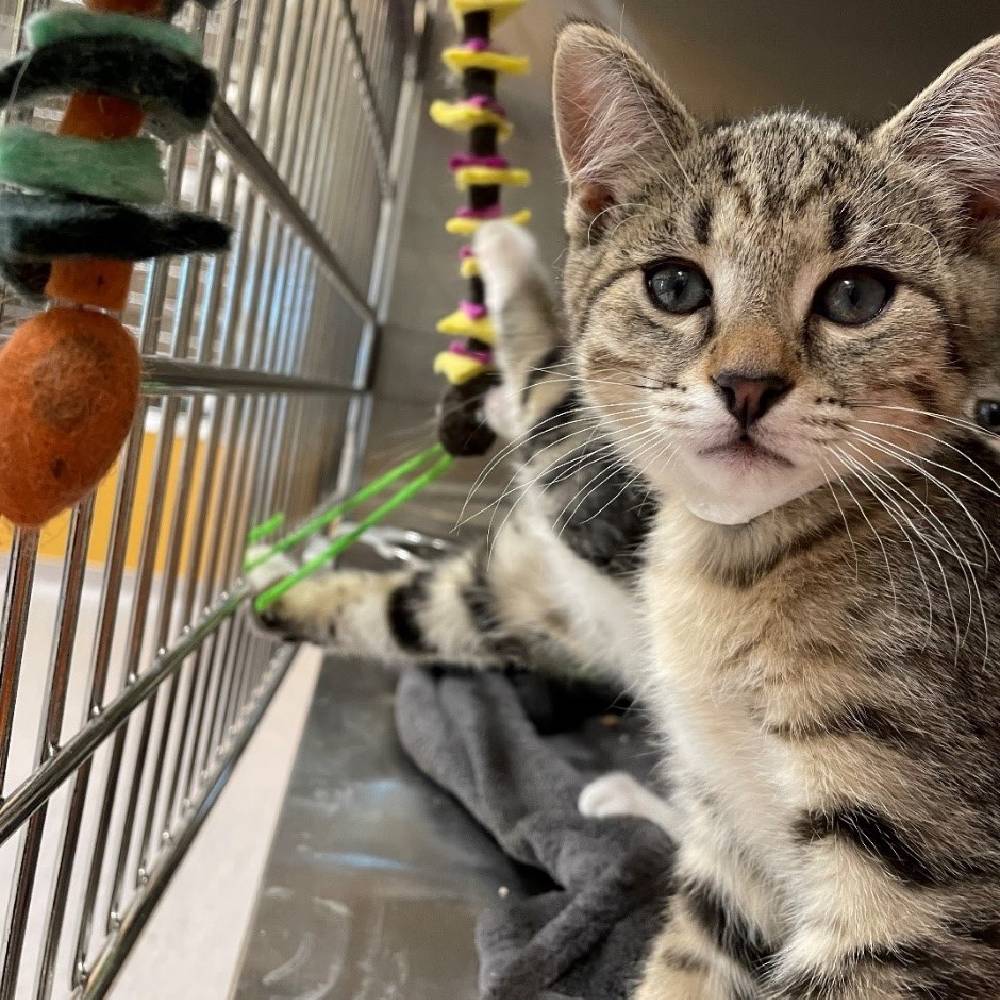 Cash-strapped shelters need our support. Help us save lives by providing shelters with critical supplies.
Click to make a difference!